Behind every tragic headline, there is a swathe of personal suffering. When the plane carrying the Brazilian football team Associação Chapecoense de Futebol smashed into a mountain side, the soccer world mourned. But the closer to the disaster, the greater the personal pain. 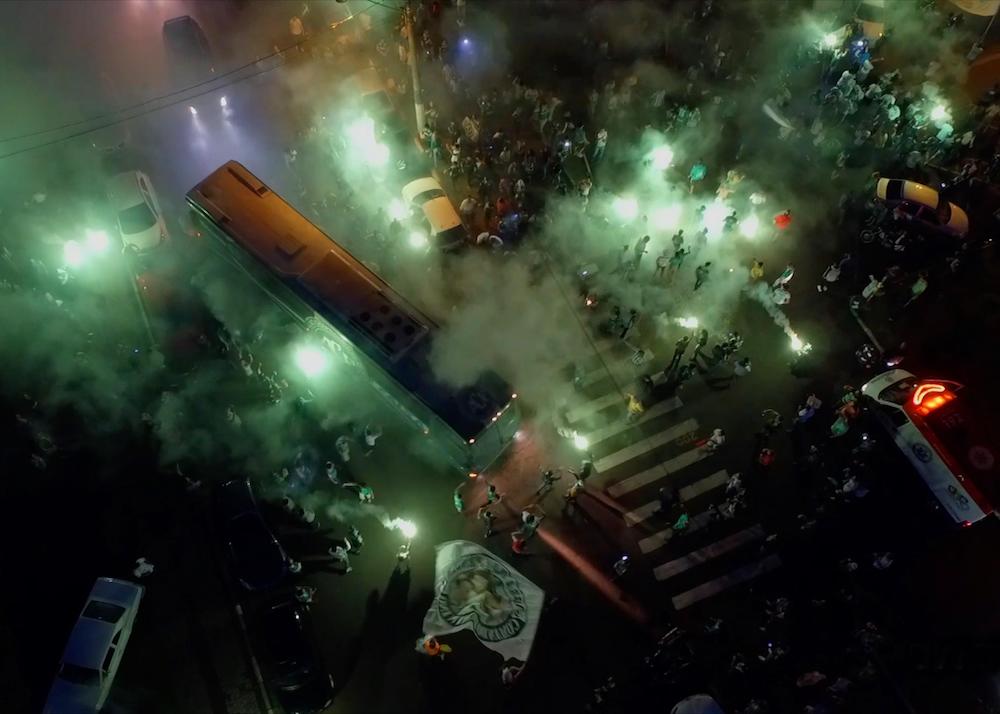 Documentary Nossa Chape (literally, our team) focuses primarily on the three players who survived the crash that wiped out the dreams of the small city of Chapecó. Each approaches their rehabilitation and loss in their own way: gangly center-back Neto processes with a barely-contained fury; goalkeeper Jakson Follmann, who lost his leg, has a surprisingly giddy lease on life; and in between, often in a wide-eyed silence, is left-back Alan Ruschel, whose implacability is easily mistaken for comfort.

But the crash creates a wave, and directors Jeff and Michael Zimbalist, and co-director Julian Duque, track its ripples out into the broader community: from the few managers left alive (the disaster did not just kill players, but wiped out the entire infrastructure of the team), through the widows, through the broader community of Chapecó whose hopes and dreams were caught up in the Chapecoense players, and then the players and staff brought in to build a new team in the shadow of the old.

Nossa Chape's flaw is also its strength. The team were underdogs who had come out of nowhere and made it to the top of the very competitive world of Brazilian futebol (imagine if the Green Bay Packers, with their sense of community buy-in, always made it to the Super Bowl). Trying to examine exactly what that can possibly mean for the community is near-impossible, and that inevitably means the focus is scattered.

But at the same time, while the details may sometimes be scant (like who exactly the new players were, or what wearing the Chapecoense greens meant to them), the emotional sense of this catastrophe is captured and crystallized. The Zimbalists and Duque eschew what could have been a simple feel-good story of sporting redemption. Nor is it the simple idea of the stages of grief writ large. Instead, it's the true process of rebuilding a life, or a legacy, or the spirit of a city in which so many people have a personal stake. From finger pointing to shared sadness, and moments of unexpected communion and joy, Nossa Chape is most engrossing when it pulls back from individual players, and takes in the whole stadium.