SXSW Film Recap: The Director and the Jedi Q&A

Mark Hamill and Rian Johnson on their different Skywalkers 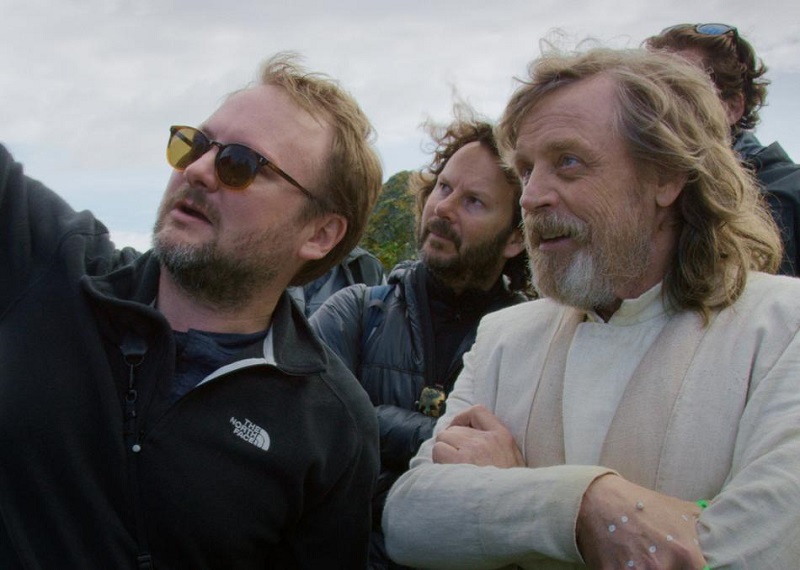 Rian Johnson and Mark Hamill on set for Star Wars: The Last Jedi, as depicted in The Director and the Jedi at SXSW

“We’re here to talk about Brigsby Bear,” Mark Hamill said. There were probably more people in the packed Paramount than had seen Hamill's quirky 2017 comedy, but the loyal audience that grew up with the Star Wars: The Last Jedi star would have sat through an hour of his knock-knock jokes.

Instead, he was part of the extended Q&A for The Director and the Jedi, a behind-the-scenes insight into the making of The Last Jedi. It was not the last addition to the SXSW 2018 film schedule – that was the equally anticipated adaptation of Ready Player One, which had only emptied out of the Paramount after midnight. Yet the next morning, the faithful were lined up around the block to watch a cinematic screening of what is, to all intents and purposes, a Blu-ray special feature. 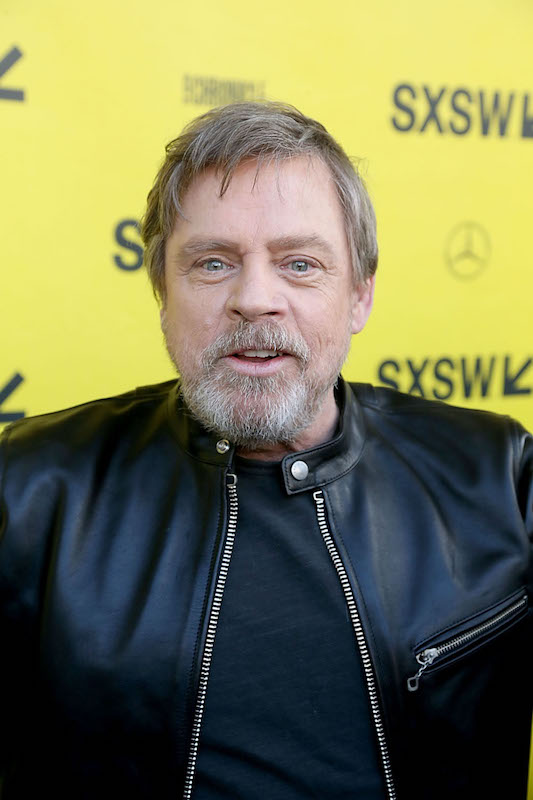 Mark Hamill at the Paramount premiere on Monday, March 12 (photo by Gary Miller)

It's not without precedent: In 2016, J.J. Abrams screened Secrets of The Force Awakens: A Cinematic Journey in the same room, at a near-identical time slot. This time, the audience (many of whom had caught the RP1 world premiere, and had barely impacted the surface of their beds) had to get up an hour earlier than the previous year. But what they got was not the standard rah-rah publicity material. Instead, as an insight into the creative processes of a massive blockbuster, Anthony Wonke’s documentary was part Hearts of Darkness, part Depeche Mode: 101. Most notably, it did not shy away from the kind but thorny relationship between writer/director Rian Johnson and Hamill – a creative divergence that has been rewritten on film Twitter as a massive spat.

In The Last Jedi, Johnson rewrote wide-eyed Luke Skywalker (much to Hamill’s chagrin) as an embittered version of Obi-Wan Kenobi. On stage, the actor is more like the impish Yoda, hiding wisdom under humor. Like how he was actually the third member of the original cast to return for the new trilogy: Carrie Fisher signed on straight away, but he was caught off-guard when Harrison Ford beat him back to the fold. “I thought, oh my God, I’ve been drafted, because if Larry and Moe come back, then Curly’s gotta sing.”

When he originally agreed to return to the Jedi’s robes, he only had two requests: It couldn’t just be a cameo, and he would be there for all three films. “See how well that worked out for me?"

“What happened between the last one and this one, where the most optimistic man in the galaxy becomes a suicidal, cranky old man telling people to get off his lawn?” – Mark Hamill

But amid the humor, he did not dodge his public early criticism of writer/director Rian Johnson’s decisions about Luke’s path – most especially, by putting it into context. “I was no different with George [Lucas],” Hamill said, and disagreeing with the direction did not mean rejecting it, or not throwing himself into the challenge. He compared it to “going home again to a house I didn’t recognize at all. … What happened between the last one and this one, where the most optimistic man in the galaxy becomes a suicidal, cranky old man telling people to get off his lawn?”

Moreover, Johnson said, "This process happens on every single movie with characters. Because it's always a dialogue between the director and the actor, and that's a healthy thing."

However, it's rare that audiences get such a close view of that process. Getting basically unrestricted access to one of the most high-profile – and secretive – film projects came as a surprise to Wonke. After receiving a call from Lucasfilm, he said, “I picked myself up from the floor, and then made my way to Pinewood Studios as fast as I could.” That lead to five months of meetings, “and I suppose what we were doing was finding out a little bit about ourselves, how it would work, and the methodology of it.”

What they settled on was six months fully embedded with the production, with Johnson, producer Ram Bergman, and other key crew members mic’d at all times. Johnson said he was inspired to allow such access by the 1983 CBS behind-the-scenes documentary Classic Creatures: Return of the Jedi. “It really showed you how they did all the creatures, and I remember what an impact that had on me, but then also we talked about the amazing behind-the-scenes doc they did on Magnolia, the Paul Thomas Anderson movie, and docs that really get you into the process, as opposed to promoting the outcome of the process.”

“I climbed up inside Jabba the Hutt,” interjected Hamill. “I asked permission first. But I just wanted to know what it was like to be inside there.” So how was it? “It was like a sauna bath. You lose weight at work. I also climbed into the Bantha.” This was the prop Bantha in Tunisia, not one of the elephants in a giant costume: Inside, it was papier-mâché, so he pulled out a flash light. “I read a review, sideways, of David Bowie’s concert in Paris.”

The Director and the Jedi