Some may remember the ads from the 90s of an elderly woman toppling to the floor, unable to get up. It's become a punchline at this point, but at the time it represented a groundbreaking advance in emergency response. 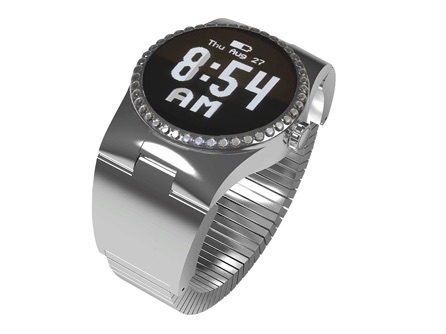 The wildly popular first generation of handheld emergency response devices (ERDs) helped the elderly contact medical services at the push of a button. That said, the technology hasn’t progressed much since the late 1980s.

This is an issue as modern technology has striven to become smaller, faster, more stylish. Unaliwear, a company founded by Austin local Jean Anne Booth, aims to move emergency response devices into the modern age with the Unaliwear Kagena Watch. It is designed to automatically detect falls, provide medication reminders, as well as guard against wandering, with a speech interface rather than buttons. Additionally, unlike most ERDs where a system has to be directly installed into a landline in the customer’s house and has a finite range, the Kagena Watch has no restriction in terms of mobility. The device combines wi-fi and GPS tech so that the watch’s usefulness isn’t confined to just the household. So far, the Kagena Watch is finding success with its first run of production sold out and a second run on its way, a fact its creator is pleased to share.

Booth was determined to model the wristwatch around the idea of “extending independence – with dignity.” As the founder of two other successful companies (Luminary Micros, Intrinsity) and the holder of a Bachelor of Science in electrical engineering from the University of Texas, Booth along with her team were keen on developing a new generation of emergency response devices.

Booth dislikes comparing the Kagena Watch to older products as she finds them stigmatizing, criticizing their outdated designs. Additionally, she has worked to make her device stand out among similar products such as the Apple Watch. One aspect unique to the Kagena Watch is that it is completely waterproof, not just water resistant like most other smartwatches. Also, the Kagena Watch does not need to be taken off to charge. Booth stated the reason for this distinction in design was to provide 24/7 support to her customers. To explain, the watch has a fixed internal battery as well as two rechargeable batteries that power the device. When those batteries are drained, they need only to be switched out with an additional set of rechargeable batteries rather than having to remove the device and leave it on a table to charge for a couple of hours, robbing the customer of the protection that the watch provides during that time frame.

The Unaliwear Kagena Watch might be the next technological step in ERDs. The question now seems to be if it can find its niche among larger corporate mobile devices.