The Oscar winner on parental love, and the calm before the storm

Crazy for you: Selma Blair and Nicolas Cage in Mom and Dad. (Photo courtesy of Momentum Pictures)

There's a scene in Nicolas Cage's latest, black comedy Mom and Dad, in which the Oscar-winning cinematic dissident demolishes a pool table. It's become the film's must-see moment, but Cage brightens audibly when another scene – in which his character lovingly, obsessively builds that table – is mentioned.

It's a moment of quiet desperation, as Cage's character attempts, rail by rail, pocket by pocket, to build one last anchor to his youth. "People do that," said Cage. "I haven't smashed a pool table with a sledge hammer, but I've gone online and gone, 'I remember that toy I had when I was a kid, I'd like to find that again. The Dinky Toy of a Spitfire, or a robot toy. I want to get back to my childhood, just go into a private room and look at them again, and get my youth back. Crafting the pool table speaks to that. He wants to get back to who he was."

The "he" in question is Brent Ryan, devoted father and loving husband. The latter part stays true, but the former is derailed when a strange affliction sends every parent on the planet into a murderous rampage with one target: their own children. With all their suppressed rage flying free, Brent and wife Kendall (Selma Blair) set about dispatching their own offspring.

This sounds like a horror story, but also a dark and twisted wish fulfillment. "It's the unspoken taboo," Cage said. "Most people that I talk to about it will make the joke. 'What's the movie about?' 'Well, it's about parents trying to kill their kids.' 'Well, I think about that once or twice a day.' It's something that's in the cultural zeitgeist, that people get frustrated, absolutely."

Mom and Dad reunites Cage with writer/director Brian Taylor (best known for the Crank madhouses, and deranged SyFy comic adaptation Happy!). The pair bonded while filming Ghost Rider: Spirit of Vengeance, "and I knew that he had this absurdist comedic aspect to his vision, one that he could apply to a level of darkness and menace." Taylor had approached him about potentially working on a TV project, "but I wasn't quite ready to go into that format. So he sent me this script that he was very excited about, Mom and Dad, and I read it, and right away I knew that some of my performance dreams could be realized within this screenplay."

“Horror and comedy, when done well, go beautifully together. They’re both aspects of madness.”
It was the melding of scares and laughs that appealed to him. "Horror and comedy, when done well, go beautifully together," he said. "They're both aspects of madness." Those blurred lines are represented in many of Cage's favorites: Edgar Allan Poe (as illustrated in his now-legendary recitation of "The Tell-Tale Heart," Monty Python, and his touchstone for Brent – Jack Nicholson in The Shining. "There some remarkably humorous moments, even though they are filled with menace. … I wanted to see if I could bring some of that more operatic performance style, that was both menacing and comedic. Because it is the blackest sort of comedy."

One of the other key scenes in that balance involves Cage telling his son Josh (Zackary Arthur) about what his life used to be, pre-patriarch status. "The thing that hooked me at Brent is the concept that he's frustrated with who he used to be, in that he had a very successful life when he was a teenager, he was successful with ladies, and he had a great Firebird sports car, and he was wild and fun. Then when he became a father, he transformed into something more boring and mundane."

That sense of being supplanted by the younger generation isn't restricted to Brent, but Kendall as well. "She notices that she's not really participating anymore, and it's like, well, what do we do now? There's an envy and a jealousy that they own the future, and we're just getting calcified, and increasingly less and less interesting as people."

For Cage, that's a universal concern: The pair had gone from being wild teens to parents, and question who they are now that their parenting duties are almost over. "As we get older, we reflect on what we once were. … We used to be Brent, we used to be Kendall, now we're just Mom and Dad. We fit into the mold that society tells us to fit into, but it may not always be the happiest result."

However, Cage described himself as mercifully free of these murderous urges. He said, "In my own life, I haven't had that experience, because I'm lucky and blessed to say that I have a loving and peaceful relationship with my kids. For me, what I was trying to grasp was the frustration of the new me versus the old me."

Mom and Dad opens in Austin this weekend. For a full review and schedule, visit our listings page. 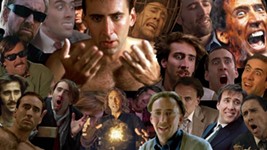 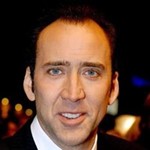