From zombie musicals to political scandals, a bumper year 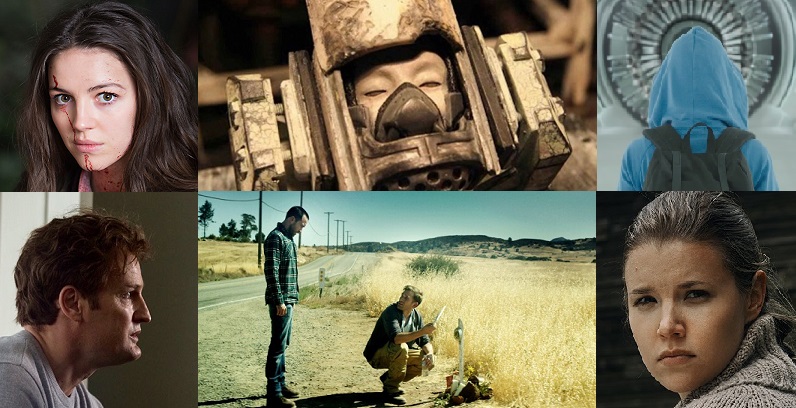 Every film festival showcases a slate of titles that deserve an audience. Every year, some sit on the shelf for a little too long, and every year we measure up some of the best of those fest favorites on the "coming soon" slate.

1) Anna and the Apocalypse

"Scottish Christmas zombie musical" may sound like the elevator pitch from hell, but this is one of those great additions to the horror sing-along canon. Busting the genre out of the American high school and transplanting the action to the dour Port Glasgow is the perfect antidote to your feel-good expectations. (Read our interview with director John McPhail and producer Naysun Alae-Carew here.)

Odds you'll get to see it: No word on distribution yet, which is flat out absurd for this bittersweet gem. Takahide Hori is a maniac and a genius, which makes him the perfect stop-motion animator. It's almost impossible to believe that he singlehandedly created the massive world of Junk Head, a two hour deep charge into a bizarre future, filled with strange monsters, true heroes, and a brave little survivor called Junk Head. As strange as Jan Svankmajer, but with far more heart. (Read our full review here.)

Odds you'll get to see it: No solid word yet, but this unique and charming creation is picking up admiring word and awards around the globe,and Hori is already working on the prequel, Bubble Heads.

The end is the beginning is the end again in Justin Benson and Aaron Moorhead's kinda-sorta sequel to their debut feature Resolution. Playing brothers who head back to the Heaven's Gate-esque cult where they grew up, the filmmaking duo loop through rhythms and cosmic echoes as the suicide ranch takes on more eldritch tones.

With Benson and Moorhead, it's not about the story they tell, but how they tell it. No other genre filmmakers working today bust conventions so readily or with such fluidity, and this Stuart Gordon-esque tragi-comic road trip is as charming as it is unnerving.

Odds you'll get to see it: Well Go USA has already locked a theatrical release for early 2018.

"Hello and farewell beforehand." When mad rural religious cults make up their own greetings, it's probably time to make a run for it. But then heartbroken Finnish student Irina (Veera W. Vilo) travels to the remote and isolated village of Kyrsyä exactly because she wants to get away from the day-to-day norms of city life. Bad plan.

With hints of Alex van Warmerdam's dour and quirky Borgman and a 2017 list near-miss favorite, Rabbit, plus a villain that looks like Rammstein vocalist Till Lindemann's skinny cousin, the directorial debut of Roope Olenius is part arthouse hillbilly horror, part stylized political meditation, and an excellent international addition to the year of #MeToo. You'll never look at a pom-pom the same way again.

Odds you'll get to see it: No word on U.S. distribution yet.

There's a difference between being disaffected and actual malevolence, and Anya Taylor-Joy and Olivia Cooke as entitled scions of the upper class tread that line with delicious intensity. Writer/director Cory Finley channels the same sociological razor as prime Neil LaBute, but with the spoiled offspring of the bourgeoisie as his target in this elegantly scripted chamber piece. Also unmissable because of yet another great performance from the late Anton Yelchin. (Read our full review here.)

Odds you'll get to see it: Coming to a cinema near you, March 9.

A ringer from a Canadian festival, this Italian retro-thriller dwells on the old thought experiment: that if someone (the demon of the title) can know the position and history of everything in the universe, then it can predict the future. The end result is a team of scientists up against what is either a maniac with a clockwork island, or the unavoidable inevitability of a universe that has been set in stone since the Big Bang.

Odds you'll get to see it: Sadly, yet again, no clear fate for this meditation on predetermination.

Traditionally, this list has concentrated on genre films, so a political historical drama is, undoubtedly, an outlier. However, Jason Clarke's mesmerizing and complex depiction of Ted Kennedy during the scandal that ended the life of Mary Jo Kopechne (Kate Mara), and redrafted the political landscape, is a bulldozer. It was supposed to be out already, but Entertainment Studios pulled it at the last minute to give its period Western Hostiles the big award season push. Bruce Dern as the ailing, stroke-felled Joseph P. Kennedy, and Ed Helms as in-house fixer Joe Gargan add further moral complications to this nuanced character study.

Odds you'll get to see it: Very good. Entertainment Studios has rescheduled it for an April 6 release date.

8) Into the Night: Portraits of Life and Death 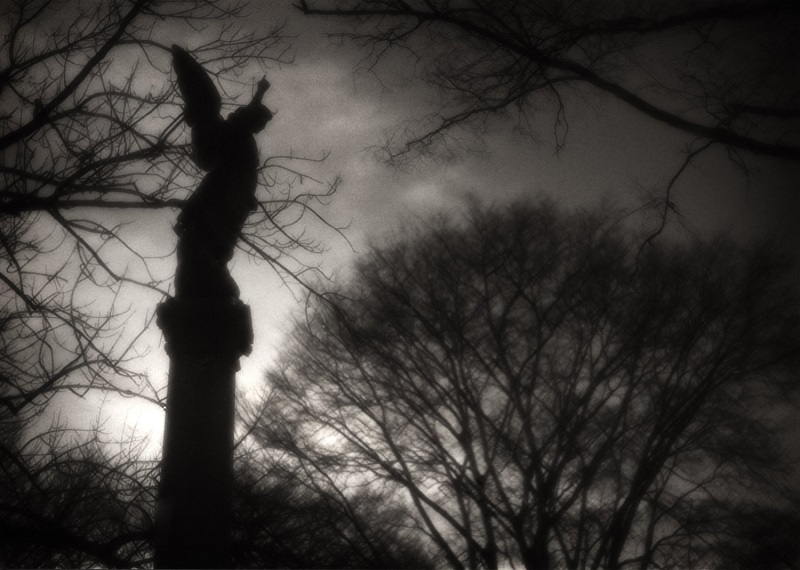 Veteran documentarian Helen Whitney focuses on the one true inevitability of life, and that is its end. By letting those facing and affected by death speak their own stories (supplemented with still-life photography by Austin's own Rocky Schenck) she gives new lyrical insight to this often taboo topic.

An intriguing rewrite of Trilogy of Terror's Zuni fetish doll segment, Gnaw (aka Apartment 212) puts the tiny supernatural invader trope into a new context, with Jennifer (Penelope Mitchell, The Vampire Diaries, Netflix's Hemlock Grove) enduring what she thinks is just vermin, since that's a better option than the domestic abuse she has escaped.

Odds you'll get to see it: No word on a release yet, but the name recognition of Tenacious D's Kyle Gass (almost unrecognizable as Jennifer's downtrodden neighbor) should ensure something. Grief is not a process. It's a part of you. It's in the unstated details, like how Helen (Lyndsy Fonseca) sleeps on the couch and not on the bed she shared with her dead husband, or how his side of the bathroom remains untouched, or how she cannot bring herself to park the car in the garage. The complication in the second feature from director Diego Hallivis is that she has perfected time travel: not enough to prevent his death, but enough to inflict revenge on the people she holds culpable. Only future-her may already have traveled back to get that revenge, and she has to stop herself.

If that sounds like a temporal headscratcher, the real journey is emotional, and Curvature is as much heart as head.

Odds you'll get to see it: Good news. Screen Media Films acquired Curvature just before its OWA screening, and have it scheduled for an early 2018 release.

American Guinea Pig: Song of Solomon: The latest chapter in the U.S. reboot of the infamous Japanese gore franchise rocked through the new Death By fest, with its OTT mix of viscera and exorcism.

Bodied: Joseph Khan and Eminem's ferocious battle rap comedy/drama was a smash at Fantastic Fest and TIFF, but still inexplicably has no confirmed release.

Most Beautiful Island: a SXSW instant classic which snuck out on VOD in November, and nowhere near enough people have seen. Rectify this, right now (read our review here).

Pig: Adam Mason's rarely seen ultra-shock masterpiece made a rare appearance at SXSW, and has gone back into the vault, never to be seen again (read our interview with Mason).

Victor Crowley: No local screening for the latest in the Hatchet franchise from Adam Green, but the more-gore fun hits DVD on Feb. 6.

And, as always, here's what happened with last year's previously unseen gems:

A Dark Song – IFC Midnight gave a full and lauded release to the Anglo-Irish supernatural meditation on pain and loss (read the full review here, and our interview with director Liam Gavin).

Assassination Classroom: Graduation – Inexplicably, while the original manga and anime of this hilarious, baffling, and touching tale of screw-up kids and their tentacled teacher are readily available in the U.S., neither the original feature nor the follow-up have an English language release. Subtitles and region-free DVD players only.

Colossal – Nacho Vigalondo's most mature film gave Anne Hathaway and Jason Sudeikis meaty roles, and is on DVD and Hulu now (read our review and our interview with Vigalondo).

"Beautiful Dreamer" – This enthralling and touching adaptation of Ken Liu's 2012 short story "Memories of My Mother" is the best 26 minutes you can spend: Watch it right now on Vimeo.

Salt and Fire – Werner Herzog's oddly optimistic ecological disaster movie was released by XLrator Media, and is on Netflix now.

Found Footage 3D – Austin's biggest and most innovative horror-comedy is over at dedicated terror streaming service Shudder in 2D, modern 3D, and old-school blue-red anaglyph 3D, and there should be a physical home release soon (read our interview with director Steven DeGennaro here).

Goran – Croatian humor runs thick and dark through this hilarious black comedy about a very unfortunate birthday party, but there's no sign of a U.S. release.

Stille Reserven – Back to the region-free player for this sadly unreleased German nihilistic future corporate tragedy (read our review here). 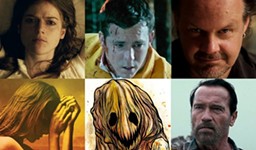 DVDanger: A Most Dangerous Year
Top 10 home releases you may have missed