Holiday Viewing: The Nightmare Before Christmas

A holiday hybrid for outcasts 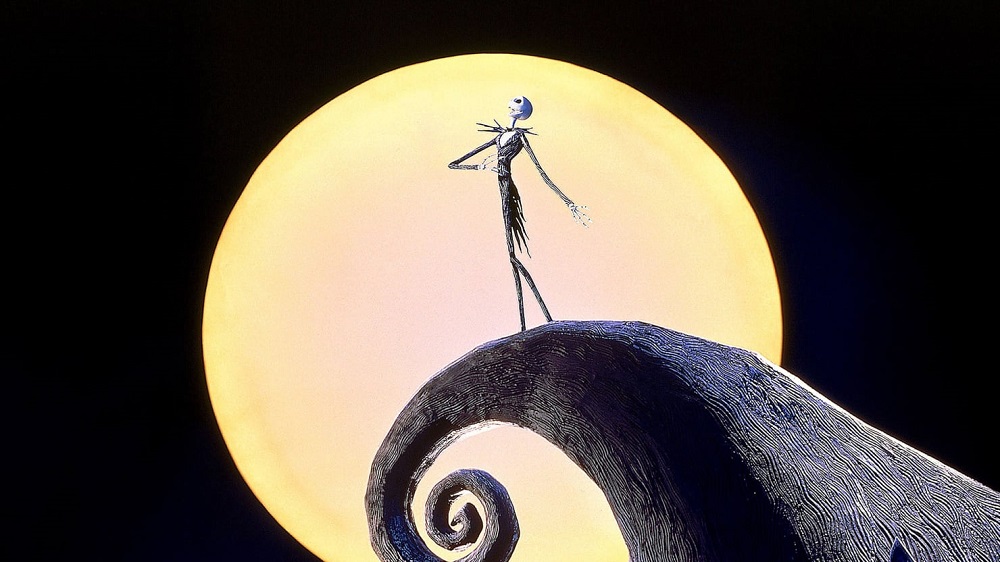 Isolation is a deeply hidden, but all too present, feeling exacerbated by the holidays. While the season is known for jolly family get-togethers, there are those that lurk in the merriment's shadows, exhausted by the incessant repetition that kicks off its claustrophobic consumerism agenda literally before Halloween is over.

Seasonal overlap and experiences of jolly dissonance are what inspired producer and creator Tim Burton to write a poem titled "The Nightmare Before Christmas," which would develop years later into the film we all lovingly know today.

Burton was no stranger to solitude. While most kids were playing Little League, Burton could be found in his backyard making stop-motion animated shorts on 8mm film or wandering through cemeteries. This sort of eccentric independence and imagination transitioned into his characters featured in such films and shorts as "Vincent" (1982), "Frankenweenie" (1984), Edward Scissorhands (1990), and most memorably this seasonal classic.

When it comes to his 1993 masterpiece, he actually handed the directorial duties over to animator Henry Selick, but the end result is still pure Burton. You’re probably familiar with the plot (or at least its characters), especially given the saturation of Hot Topic apparel that has emerged over the past few years, but I’ll break it down just in case.

Jack Skellington (Chris Sarandon), aka “The Pumpkin King,” expresses he’s “grown tired of the same old thing” in his beloved Halloween Town. While aimlessly wandering through the woods, Jack discovers a row of trees donning decorative doors. Naturally intrigued by the colorful, shiny ornaments, he stumbles upon Christmas Town and becomes instantly enthralled by its peculiarity. Upon his return home, Jack convinces the town folk to create their own ghoulish version of the newfound holiday.

Their road to Christmas is paved with good intentions (and severed heads), but ultimately all hell breaks loose. The dark, whimsical musical stylings of Danny Elfman (who also provided Jack's singing voice) serves as a perfect conduit for the characters to express their sense of excitement and longing through songs that freely flow throughout the film.

Fittingly, the filmmaking process behind the signature Burton-esque aesthetic is also an oddity within the industry. Stop-motion animation is incredibly tedious, and an expensive, intricate art form as a result. It took 24 frames, or adjustments for each character, to produce one second of film. An entire week of filming equated to just one minute, and the whole film took three years to finalize.

The puppets each required an array of interchangeable heads and masks – Jack alone had 400. They’re morose, morbid, and delightfully macabre, which is a stark contrast to characters in other stop-motion films like Rudolph the Red-Nosed Reindeer (1964). Vampires, witches, werewolves, Nightmare supplies them all while successfully obscuring the division between creepy and cute.

The Nightmare Before Christmas is a wonderfully wicked film for those who break away from tradition and deviate from the standard path. In true Burton fashion, the film feeds our inherent curiosity and child-like imagination while paying homage to the two greatest holidays from our youth. Thanks to Burton and Selick, outcasts don’t have to view the holidays as a nightmare after all.

The Nightmare Before Christmas is currently streaming on Netflix, and available on Blu-ray and DVD.

What'cha Watchin'?
Account Executive Marisa Mirabal has your movie pairings all figured out