Merry Christmas from one of the greats of cinema. Eyes Wide Shut is a gift-wrapped present of sex, love, and (then) real-life couple Tom Cruise and Nicole Kidman rockin’ & rollin’ to Chris Isaak’s “Baby Did a Bad Bad Thing.” 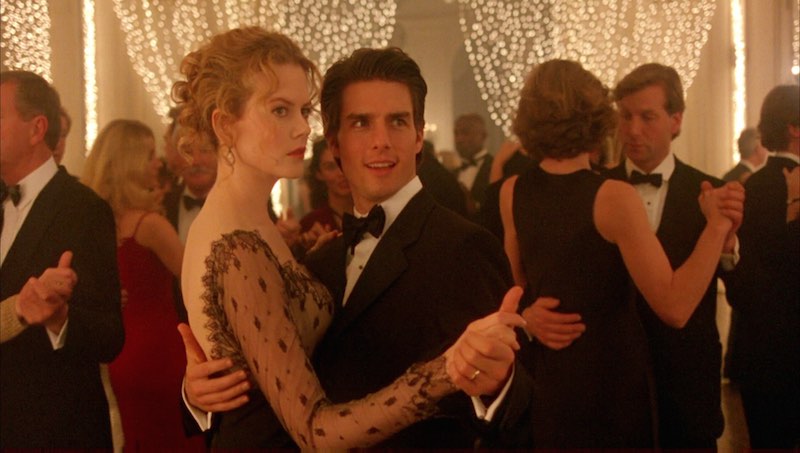 We begin with Dr. Bill Harford (Cruise) and his wife Alice (Kidman) preparing for a Christmas party, a kiss to their daughter, a word to the babysitter, and they’re off to a lavish affair where Alice is being seduced by a lecherous silver fox, and good ol’ Dr. Bill is being wooed by two slinky waifs who have one thing on their mind. What’s a boy to do? Well, if you’re a doctor, you get called away to resuscitate a naked woman who overdosed in the host’s bathroom. 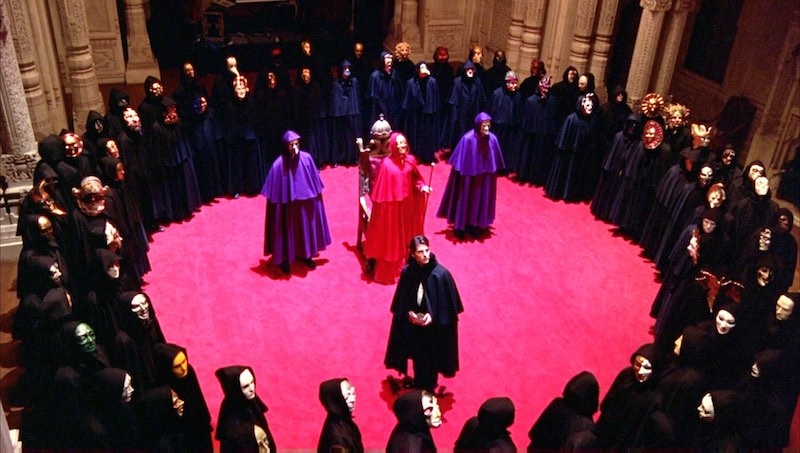 Eyes Wide Shut is basically an anti-marijuana film at its core, as it’s that demon weed that sends Alice to confessing and the fragile ego of Bill reeling into the night and into the clutches of those nefarious, mask-wielding cultists (and those scenes are the epitome of creepy: Have you checked on grandma again? Is she snoring?). The idea of Bill entering a realm in which he has no place of being is a bit like Santa Claus entering houses in which he doesn’t belong, right? Am I reaching? I guess I have to wait for the sequel to Room 237 to find out.

When it was released in 1999, many critics were mixed on the film, calling it a puerile attempt at an old man’s obsession with women, a late-stage erotic film by a director trying to recapture his youth. But, for all the flesh on parade in Kubrick’s film, the themes of sexual obsession and infidelity wash away in the eventual tide of familial unity and being able to recognize the very things right in front of us. And if that isn’t what the holidays are about, what is? It also has one of the greatest cumulative closing lines of a film in the last 20 years. Just remember: The password is Fidelio.