Holiday Viewing: Doctor Who at Christmas

Which are the best (and worst) of the BBC classic's Xmas specials? 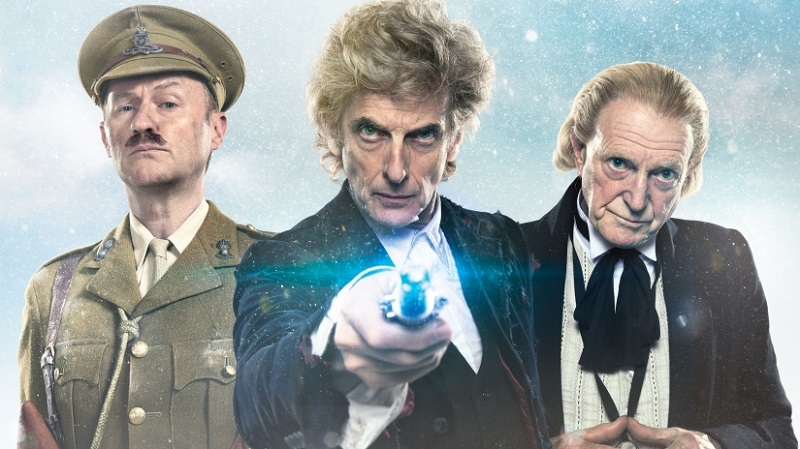 Christmas comes but once a year, and so do Dr. Who Christmas specials. But which are the ones to travel back to see over and again?
Eggnog. Sparkling lights. Boxes and bows under the tree. All fine and sprightly, but nothing says Christmas like a time-traveling alien. Yes, if Santa Claus can get around the world in one night, then Dr. Who can have a Christmas special every year.

The iconic British science-fiction series has been a TV mainstay for over five decades. Yet it was only after the 2005 revival that bright spark decided that Christmas specials might be a good idea. Even then, it took another year, and the departure of the ninth actor to play the part, for the TARDIS to get a little bit of tinsel on top.

This year, BBC America will screen the 13th Christmas special, and rarely has any episode been so eagerly anticipated. Not only will "Twice Upon a Time" feature the final appearance of Peter Capaldi as the 12th Doctor, and a surprise return of the First (with David Bradley filling in for the late, great William Hartnell), but it will also feature the onscreen debut of Jodie Whittaker as the 13th Doctor – the first woman to ever play the part of the form-shifting, multi-lived madman in a box.

But you don't need to be a time traveler to see the first 12 of his seasonal jaunts. Here's the whole list ranked, from coal in your stocking to the fairy on top of the tree. A rare misfire for Smith's raggedy man. An all-too-on-the-nose and oddly unmemorable retelling of the Dickens classic that somehow wastes both Smith as the self-declared ghost of Christmas past, and Michael Gambon as space Scrooge. 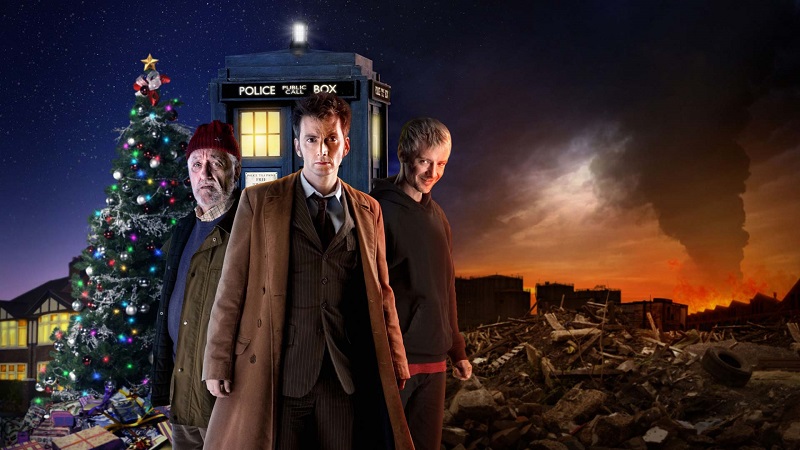 The classic British Christmas pudding is a weighty mass of candied fruit, spices, and beef fat (yes, beef fat). It's a lot to consume, especially if you're already reeling from turkey and all the trimmings. That's the same feeling you'll get from Tennant's final story. This two-parter attempts to fuse together all the remaining plot strands from his run, plus throwbacks, and then attempted to completely rewrite the history of the Time Lords. Most disturbingly, it made the Master, the Doctor's great arch-nemesis, into a misunderstood victim of greater forces (who just happens to want to rewrite the genetic code of the entire human race so everyone looks like him). A case of cosmic-size indigestion ensues. 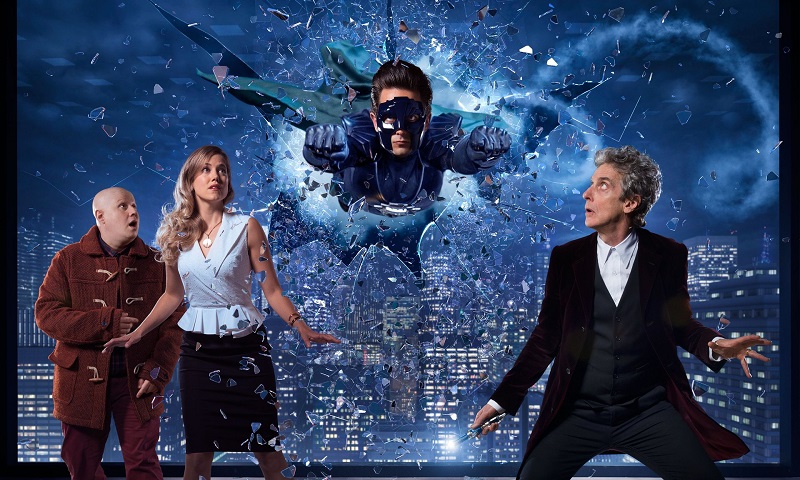 Capaldi's take on the Doctor was always supposed to be darker, more erratic, and unreliable than his direct predecessors. To ameliorate that, he was crowbarred into some of the quirkiest stories since Sylvester McCoy went toe-to-toe with a villain made out of candy (The Happiness Patrol: look it up).

The Return of Dr. Mysterio depends on the Doctor accidentally creating a superhero, and unfortunately it falls into whimsy a little too much. Not a hard pass, but far from the best. 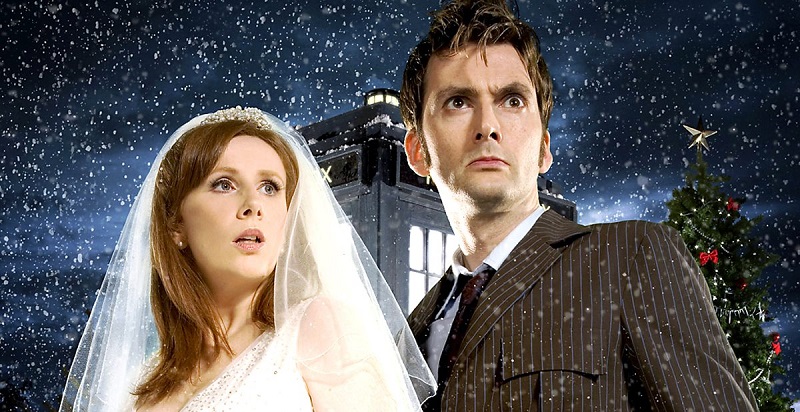 Every ranking will always be subjective, so allow a moment of personal indulgence: as companions go, Donna Noble (Catherine Tate) is like nails on a chalkboard. So the episode marking her introduction will always be a low point.

The previous year, showrunner Russell T. Davies had used a Christmas special to introduce Tennant's regenerated Doctor: this time, he pulled the same trick with the companion. Donna was the polar opposite of the last sidekick, Rose (Billie Piper), marking a pulling back the implied romance between human and Time Lord. However, having a counterbalance who is consistently badgering the Doctor, and doesn't even want to be there, was an overreaction to the Doctor/Rose backlash. If the term "space Titanic" isn't enough to put you off, then the awkward inclusion of special guest star Kylie Minogue could well be. The whole endeavor feels like a cutesyfied version of Earthshock, one of the seminal stories of the show's original run, and that's a long shadow that this never evades.

For Dr. Who to fall back on the "it was all just a dream" trope seems hackneyed, but at least there's the excuse of Dream Crabs. That said, there's a great degree of joy in seeing Capaldi go toe-to-toe with Santa. 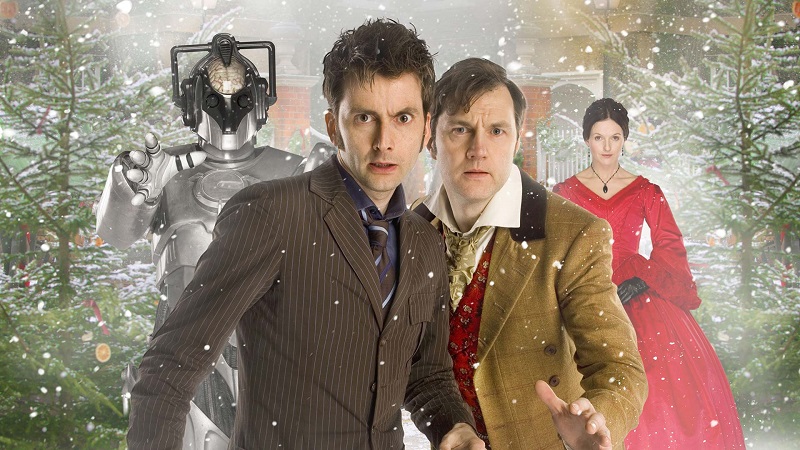 Contemporary Who has often dallied with steampunk, but never more so than having a gigantic clockwork Cyberman (constructed by enslaved urchins) lurching out of the River Thames. Of course, nothing screams Christmas like Victoriana, but there's far more of a payoff here than just snowflakes and top hats.

The Next Doctor's surprise gift is David Morrissey as a human convinced that he is the real Doctor. It's a beautiful tragedy, because for one fitful moment there is another being in the universe who knows what it means to be the last line of defense against infinite darknesses. Now here's what The Runaway Bride hollowly echoed. Tennant needed to come onto the show with a bang: the first Doctor of the reboot, Eccleston, had quit in short order, and there was broad concern that his departure would mean no more regenerations. That Tennant had come from the saucy comedy Casanova raised the specter of broad comedy, which was part of what led to the show's demise in the 1990s.

What Tennant delivers in his first real story is kin but separate to Eccleston's manic energy. Switching from madcap distraction to steely-eyed fixation in the beat of two hearts, this isn't just a good Dr. Who Christmas special – it's just an excellent Dr. Who episode, period. If Tennant's exit was a Christmas pud, then the final Smith story was like mulled wine. Both are cram-packed with flavorsome ingredients, but while the 10th seemed a little stodgy, 11's swan song was a heady concoction.

Harkening back to his very first appearance, the story loops back around to explain why there was a crack in reality. But that's never really what it's about. It's about the Raggedy Man realizing that, even as a functional immortal, he cannot outrun death forever.

For longtime fans, it's like emptying out a Christmas stocking, with so many little gifts and hints and nods. There are some of the defining images from the whole history of the series, like the decaying TARDIS on the fields of Trenzalore. But best of all, it's pure Smith, the eccentric who will do anything he can to save as many people as possible. He can't rewrite history, but he can tell the best version of it possible. Christmas can be a very lonely time, and doubly so for the Doctor, who has lost his last companions (Amy and Rory) to the less-than-tender mercies of the time-swallowing Weeping Angels. So he's hiding out in the clouds above Victorian London. As you do.

His self-imposed exile is ended by a raucous, bizarre adventure with sentient evil snowmen, and Richard E. Grant as a mad scientist, all perfect for getting the Doctor out of his stupor. Moreover, not only does it do a surprisingly effective job of introducing new assistant Clara (Jenna-Louise Coleman), it brings back fan favorites Jenny Flint (Catrin Stewart), Madame Vastra (Neve McIntosh), and gloriously grumpy Sontaran medic Strax (Dan Starkey). Plus, it might not be a fez, but Smith's battered stovepipe hat is cool. Everything that A Christmas Carol did wrong? Yeah, this gets right. Blending British Christmas favorites like The Box of Delights and A Matter of Life and Death (our Xmas viewing habits can be … eccentric), having the Doctor hide in plain sight as the caretaker to a widow and orphans during World War II is both charming and thrilling. Especially since, if a man with a time machine cannot deliver a holiday miracle or two, who can?

Extra satsumas in its stockings for Smith's phenomenal "This hammock has developed a fault" ad-lib after almost killing himself for a sight gag. "He's the Doctor. He doesn't go around falling in love with people. If you think that he's anything that small or ordinary, then you don't have the first idea of what you're dealing with."

The Doctor does not have romances. If there has been one major complaint about the revitalized Dr. Who, it’s that it gets a little bit soap-opera-esque, with flirtatious dalliances between the Doctor and his companions. After all, the difference between time lords and humans is approximate to the difference between humans and those primitive proto-apes with non-opposable thumbs.

"God knows where he is, but I promise you, he's doing what the hell he wants, and not giving a damn about me, and I'm just fine with that."

The one exception there is River Song (Alex Kingston), because she is the only character who is his true equal. She gets a pass because she is basically part TARDIS (don't ask, it's a very long story).

"When you love the Doctor, it's like loving the stars themselves. You don't expect a sunset to admire you back."

Theirs is a doomed romance. He falls backward in time, she falls forward, and their paths intersect with mad passion. The more one remembers, the more the other forgets, like temporal Alzheimer's, and it is heartbreaking to watch as they cross paths over Smith's run.

"And if I happen to find myself in danger, let me tell you, the Doctor is certainly not stupid enough, or sentimental enough, and he is certainly not in love enough to find himself standing in it with me."

When they finally cross paths again, this time while the Doctor wears Capaldi's face, this is the last goodbye. This is River's death, and we have known it since her first appearance. And when she does not even recognize her one true love, or even dare acknowledge that he may love her back, it's a knife in the heart to every viewer.

And there it is. The moment when all the goofiness and head thefts and mechas slide away. It is a goodbye, but with one last little secret. Even the Doctor deserves one night of happiness.

The Dr. Who 2017 Christmas Special, Twice Upon a Time, screens on BBC America on Dec. 25, with theatrical screenings 7pm, Wednesday, Dec. 27.

Dr. Who: The Christmas Specials, collecting the first 11 seasonal episodes, is available now on Blu-ray and VOD.