Into The Black Hole at Other Worlds Austin

When Disney's groundbreaking science fiction oddity The Black Hole explodes back on the big screen at Other Worlds Austin this weekend, director Gary Nelson will be easy to spot. "I'll be the one with the walker," he said. 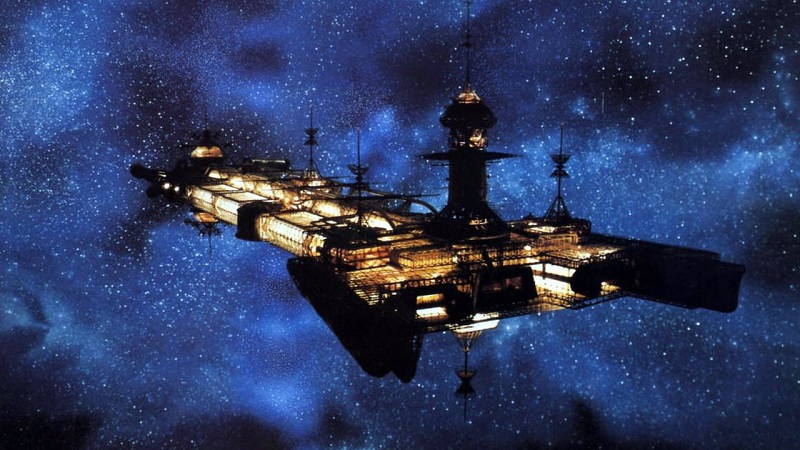 The USS Cygnus, one of the epic designs that convinced director Gary Nelson to sign on for a voyage to The Black Hole. The Disney live-action cult classic screens at Other Worlds Austin this weekend. (Image courtesy of Disney)

Nelson cut his creative teeth far away from the wilds of outer space, in the cowboy dramas of the first golden age of television. Starting with episodes of Have Gun – Will Travel in 1962, he was a regular behind the lens on bright and breezy comedies like The Patty Duke Show and Giligan's Island. He could also get down and dirty, with gritty crime thrillers like Kojack, and critically-lauded dramas like the Emmy-nominated Washington: Behind Closed Doors. But for a generation of science fiction fans, he will always be the director of The Black Hole, Disney's 1979 push into the burgeoning space opera market opened up by Star Wars.

At the time, it was the biggest live-action feature ever created by the House of Mouse: a two-year shoot with an all-star cast (Maximilian Schell, Robert Foster, Anthony Perkins, Yvette Mimieux, plus the voices of Malcolm McDowell and Slim Pickens). Yet it was also one of the studio's most daring and eclectic creations, melding classic Disney rollicking adventure with dark science, as an exploratory mission finds a seemingly abandoned space ship with a sinister secret. For Nelson, it was truly a trip into the great beyond. He said, "I went from a three day shoot on Get Smart to 150 days on The Black Hole. It's mind-boggling."

Austin Chronicle: How did you start working at Disney?

Gary Nelson: I was asked to do a two-hour Wonderful World of Disney, which was on Sunday nights on television. The first two hour film that I did for them worked out pretty well, so I did a couple more, and then I was preparing to do a fourth, and I had scouted locations in Idaho – it was a Western – when (producer) Ron Miller put a script down in front of me, and it was Freaky Friday. I read it, I liked it, and I said, "Well, I can't do it, because I'm doing a television project for you,' and he said, "Not any more. You're doing Freaky Friday."

AC: Between Freaky Friday, Police Story, and Washington: Behind Closed Doors, you were on a hot streak in the late '70s. How did that parlay into The Black Hole?

GN: I was doing both comedy and dramatic shows, which pleased me because it's there are very few directors who can cross over between the two. I felt very honored to do that. But I got a call from Ron, and he said, "I've got a project here. It's called Space Probe 1, and we'd like you to do it." I said, "Send me the script," and they brought it to my house, and I read it, and after reading it I called him and said, "I don't think I want to be part of this, because I don't particularly care for the script at all." 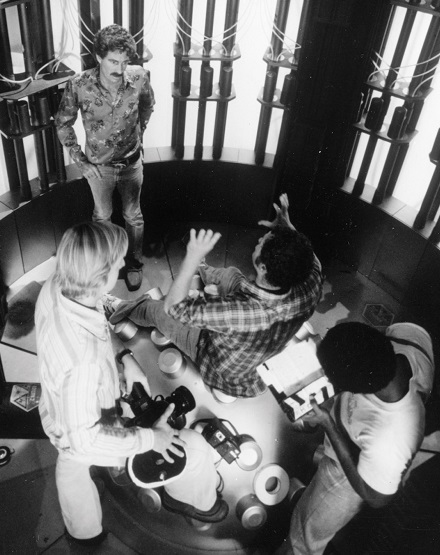 AC: What was it about that early draft that you didn't like?

GN: To me, it was a typical Disney movie. A colony aboard a space craft that was disabled, and a rescue mission to take this people off and bring them back to Earth. It was children and dogs and animals, and they all had to be rescued. It was near a black hole, but the black hole didn't have anything to do with it. I just didn't like the concept at all.

It was a project that had been around for about five years, and they couldn't quite get a handle on it. And then when Star Wars came out, Disney said, "Gee, we've got something out there. There might be a market for it. Let's try to move forward with this project."

AC: So what changed your mind?

GN: I turned it down, and Ron Miller said, "why don't you just meet with Peter Ellenshaw, who's our production designer, and the head of our matte department. Come to the studio, and take a look at some of the renderings Peter's done for some of the vehicles." I said, "Nah, I'm just wasting your time." He said, "Come along anyway."

I met Peter on the Saturday – he came in from Santa Barbara, where he lived, and he showed me the renderings. I was just blown away. I couldn't believe how fabulous everything looked, and I thought, well, the script has a long way to go, but I love the concept of what Peter had done, so I signed on for it.

The whole thing took two years, but it took three or four months to get the script in the order that it came out. We went through writer after writer after writer, and nobody could seem to get a handle on it, but eventually what you see now is what we came up with. It might not be perfect, but it's a far cry from what it was.

AC: Even in the wake of Star Wars, sci-fi was seen as a marginal genre, but you managed to get a real heavy-hitter cast. Was that easy?

GN: I got everybody that I wanted. You might think that the first person you might ask won't sign on for it, but they all did. Even though I had to go to Austria to meet Maximilian Schell face-to-face before he decided to do the movie. 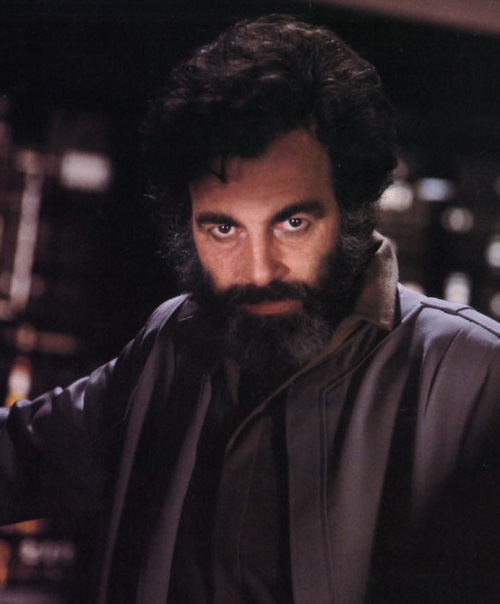 "[Arthur Hiller] said, 'Stay away from him.' … So that's all I needed. I knew I had to get him, because I really admire someone who is passionate about what they do." Gary Nelson on Maximillian Schell, star of The Black Hole. (Image courtesy of Disney)

That was an interesting trip. 30 hours, there and back, just to shake hands with him, because he said he wouldn't sign on unless he met the director face-to-face. I said, "I can't come, because we've already started shooting our miniatures," and he said, "Well, I can't come to America because I'm in the middle of directing Tales From the Vienna Woods, and I can't leave." I said, "Well, how about we meet half way?" He said, "Halfway? Halfway is the middle of the Atlantic." I said, "Perhaps we can meet on your U-boat," and there was this long trans-Atlantic silence with a little crackling in the background. I thought, oh my god, the man's got no sense of humor, but it worked out very well.

AC: Why was he your first thought for that part?

GN: I think he's one of the finest actors in moviedom. He's a brilliant actor. In checking around about what it was like to work with him, I called a friend of mine, the director Arthur Hiller. Arthur had done a picture with him called The Man in the Glass Booth, and Arthur said, "Stay away from him, he's trouble. He'll fight you every inch of the way, to get his way, and he won't listen to anything that you say, and it will just be a nightmare for you." So that's all I needed. I knew I had to get him, because I really admire someone who is passionate about what they do. So I went after Maximilian Schell and got him.

AC: So how much did you butt heads on set?

GN: Not a bit. Not one bit. Not one iota of a problem on the whole shoot. He was an absolute delight. He loved doing what he was doing, he loved being at Disney, we treated him very well. We brought over his film that he was editing at that time, and his editor, and set him up in the studio, so not only could he work on The Black Hole, but go to the editing room and work on the movie he had just directed.