Artists talk about their work for new horror-themed show

Who wants a scare in their stocking? Friday night, Guzu Gallery opened its latest show, holiday/horror hybrid "They're Coming to Get You," and some of the artists were on hand to discuss bringing Christmas fear to the seasonal cheer. 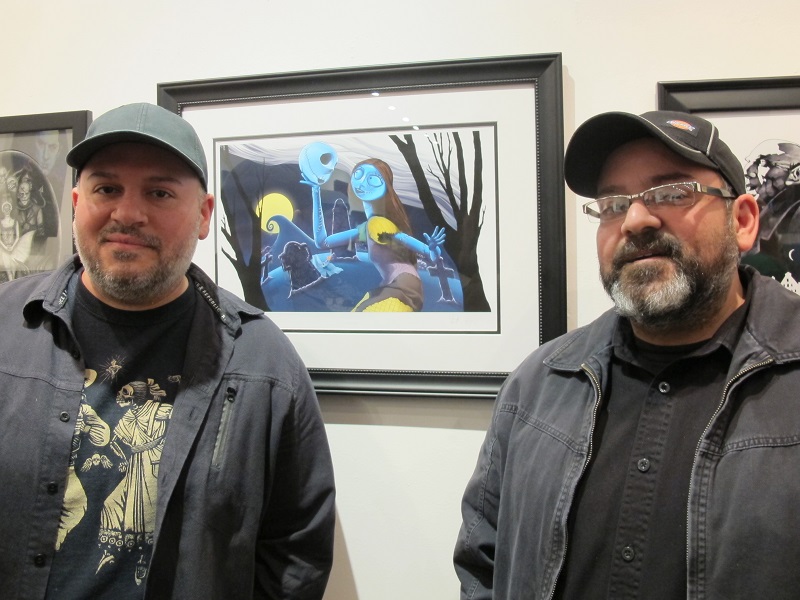 Vincent X. and Eric Torres, aka Half-Human, in front of their The Nightmare Before Christmas print, To Be or Meant to Be? (Photo by Richard Whittaker)

Vincent X. Torres: We were going to do a horror-themed show in October, but we wanted to do an art show that went along with Austin Books & Comics' 40th anniversary. So we snuck that one in, which meant we had to push the horror show back to December. Horror and December, Christmas, The Nightmare Before Christmas, we just had to do it.

Eric Torres: We'll put off a piece for as long as we can, so now it's time to get down to it. We either come up with something that's an obvious idea, or we just go to another bank of things we haven't done before. With this show, it's horror and Christmas, and there's a lot of color in both of those, so it's the best of both worlds.

VXT: The idea came from in the movie, when he says "I can take off my head to recite Shakespearean quotations." One of the unfair advantages I get, because I run the gallery, is I get to see the people who come through here, and I know a lot of couples like Nightmare Before Christmas, so it was pretty obvious we had to do something romantic. Instead of Jack holding his head, what if Sally is holding his head, and they're giving each other the eye, and he's making the kissy-face? That's about as romantic as we're ever going to get. 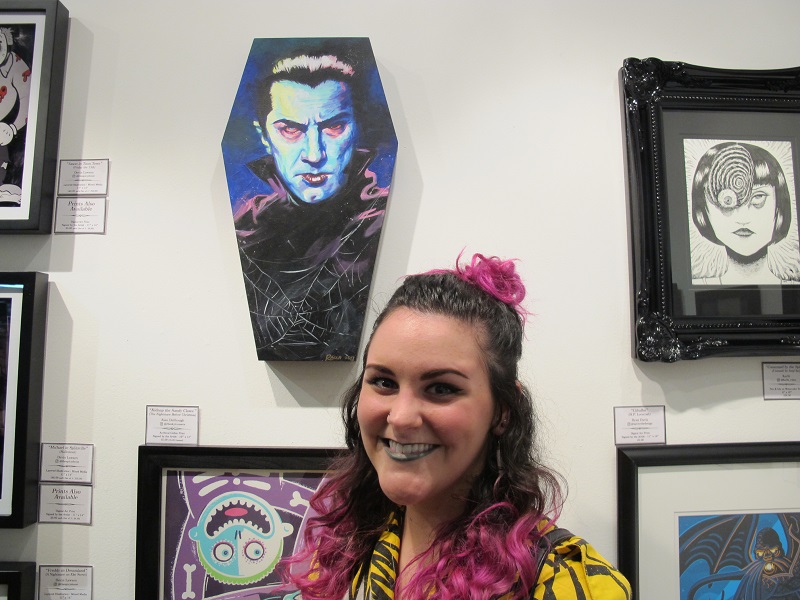 I am Dracula, an original portrait of Bela Lugosi in acrylics by Kealy Racca (Photo by Richard Whittaker)

Kealy Racca: I love vampires, and Bela Lugosi is the reason I got into vampire mythology and folklore. I used to binge watch Turner Classic Movies when I was in junior high and high school, and they would always do these late-night segments where they would do the Universal Monsters and silent movies, things like that.

I was probably 13 or 14 when I first saw Dracula, and I was totally smitten. He's amazing. He's what everybody thinks of when they think of Dracula and vampires. He took this image and made it his own. He was Dracula.

I called this piece I am Dracula because he got typecast pretty hardcore. He couldn't shake it for his whole career, and his whole life. He was actually buried in his Dracula costume, and there are some pretty famous pictures of him in his casket, with the costume on. The role was so amazing, the way he brought it to life and made it this pop icon, but then it was sad how he got stuck with it. 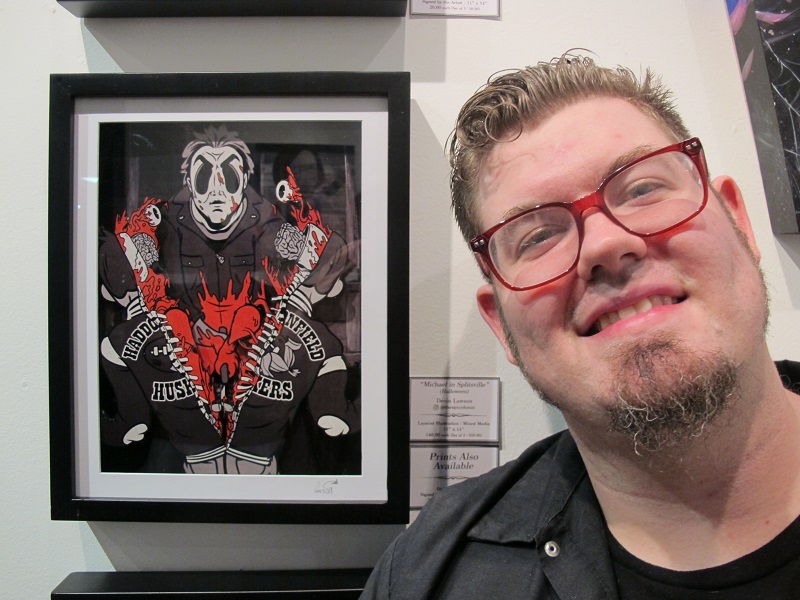 Artist Devin Lawson with his Michael in Splitsville, part of a series of three slasher/classic cartoon fusion pieces, available in print and shadow box (Photo by Richard Whittaker)

Devin Lawson: I've always loved Max Fleischer, and I originally did the Jason one a little while back. I wanted something crazy-gory, but I wanted people to be able to put it above their couch and not be disgusted looking at it. Mixing the styles together because it's crazy-cartoony fun-gory. So I did Jason, and everyone said, you've got to do Michael, you've got to do Freddie, and I've been enjoying playing in the style. I plan to do more.

The style was again inspired by those old cartoons. I want that look of those layered cel animations, where you could see the shadows. So for the gallery I wanted to do the shadow boxes. I think it adds to that cel shaded effect. 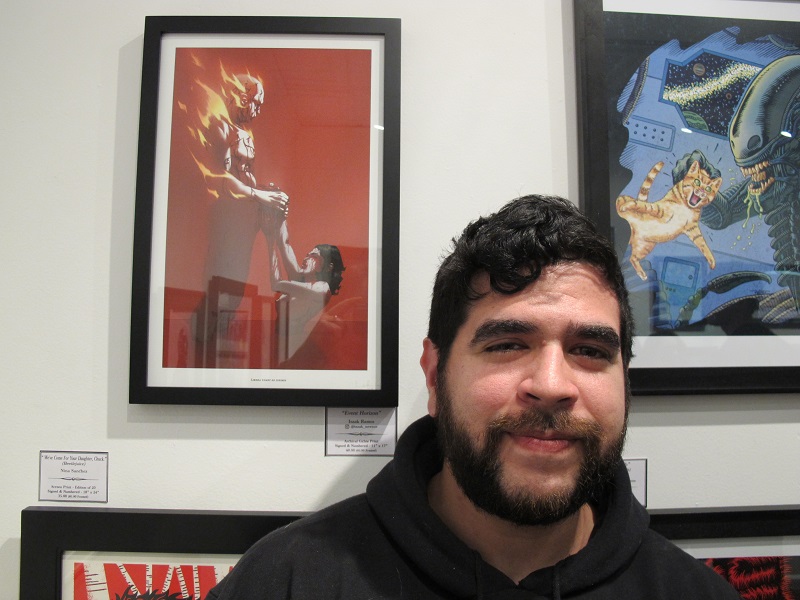 Isaak Ramos: My dad accidentally took me to see a movie that he didn't realize would be super-violent. That movie takes a lot of cues from Kubrick. It's good, and it has its flaws, but it was a huge inspiration to me when I was growing up. Now I work at Powerhouse Animation and do storyboarding, and it led me into understanding cinematography.

"They're Coming to Get You: A Holiday Horror Art Show" is on display at Guzu Gallery, 5000 N. Lamar, until Jan. 1. www.guzugallery.com.

All prints and original works will also be available via Guzu's online store starting 2pm, Dec. 5. 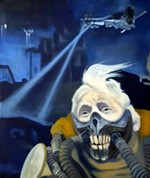