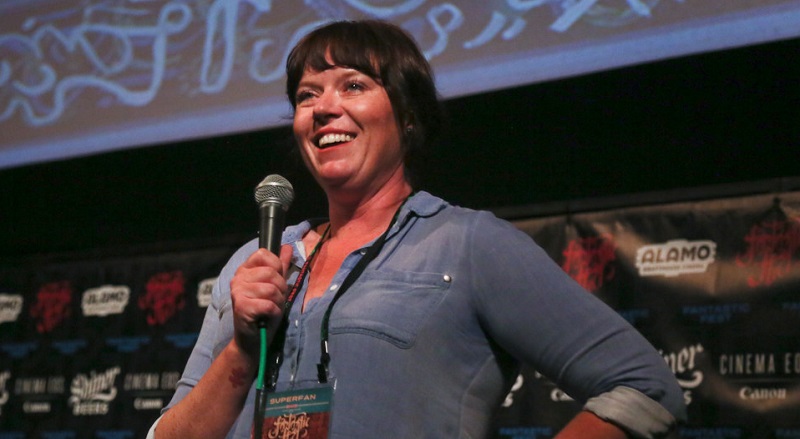 Fantastic Fest executive director Kristen Bell, now a member of the festival's newly appointed board of directors, intended to give the event a new direction after the troubles of 2017

There was an undoubted cloud hanging over Fantastic Fest 2017, so much so that some attendees openly questioned whether it would or could continue. However, the genre film festival has just announced a new board of directors – many of whom are already fixtures at the event – to reorient its future.

The controversy surrounding the festival was one of the first in the current wave of sexual harassment accusations that has hit the film industry. First, it was revealed that founder Tim League had rehired writer Devin Faraci, who had been fired a year previously as editor of the Drafthouse-affiliated Birth.Movies.Death film magazine over allegations of sexual assault. The festival then severed all ties with co-founder Harry Knowles, after similar allegations were leveled against him. The revelations caused programmer Todd Brown to quit in protest, while Fox Searchlight withdrew Three Billboards Outside Ebbing, Missouri, which was supposed to be the opening night film.

Yesterday afternoon, the festival announced that it had moved forward with appointing a board of directors, whose members will attempt to find a renewed direction. The members are:

– Actor and producer Elijah Wood, who has been a fixture at Fantastic Fest for several years. His production company, SpectreVision Films, has screened movies at the festival (The Greasy Strangler, Open Windows) and acquired others that played there (LFO, Belladonna of Sadness).

– Author and publisher Kier-La Janisse, who was formerly a programmer at the original Alamo Drafthouse on Colorado, and has held launches for three of her books (House of Psychotic Women, Satanic Panic: Pop-Cultural Paranoia in the 1980s, and Lost Girls: The Phantasmagorical Cinema of Jean Rollin) at the festival

In the announcement, Bell wrote that their board is aiming "to further enhance and refine the experience of the festival and to provide the best, most open and inclusive environment for our family of film-loving fanatics." She confirmed that the board had already met once, but they will be looking "to identify additional board members to diversify and bolster the board even further to meet the goals of our growth mission."

Fantastic Fest, which normally takes place late September, has yet to announce dates for 2018.