Can New Republic Studios Be a Game Changer for Austin?

Massive makeover could make Austin the new Atlanta for film 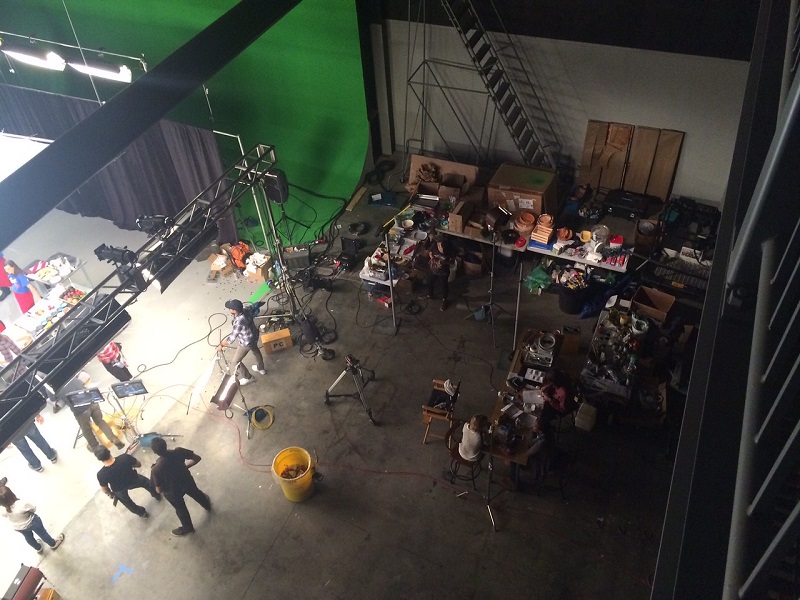 Quiet on the set: Austin-area Spiderwood Studios is now New Republic Studios, and the team behind it plan to make Austin a real rival to the production centers of L.A., New York, and Atlanta.

It's no newsflash that Austin is a film town. The last few years saw the local scene expand and fill in many of the blanks, both technical and infrastructure, required for production. Now there is a proposal to turn a local studio into a massive creative campus, matching those that turned Atlanta into Hollywood's rival.

In the last few months, the sign above Spiderwood Studios in Bastrop changed to New Republic Studios, but there's a lot more going on than just a new brand. The investor and entrepreneur behind the massive expansion is Texan-born John Robison. What he envisions, he said, "is a creative platform, not just stages, but everything, involving the universities, TV, and gaming."

Moreover, not only does he hope to attract the big bucks, big opportunity, and big employer film and TV productions that so often bypass the region, but a heavy emphasis on flex-space will provide opportunities for smaller local creatives.

Under Robison's proposal, it would evolve beyond waiting for productions to arrive, and become a major hub, attracting gaming and tech companies as well film and TV. He said, "Someone needs to build a campus, and start tying together all the other resources that people don't know about." That someone, he says, is him.

“Someone needs to build a campus, and start tying together all the other resources that people don’t know about.”

Robison argues he has the background and industry experience to pull this all together. Starting with Regent Entertainment (the original mockbuster studio) back in 1993, the A&M grad has been involved with multiple fields, from education to IT to film. As a manager and an investor, he describes himself as most interested in "the convergence of technology and content."

The New Republic expansion came about by sheer accident. As chairman of Hollywood Movie Works, he was a key figure in helping break open the Chinese market for American films and film production. After he had made dozens of trips to Asia, then-Governor Rick Perry contacted him about transferring the work to Texas rather than China. Robison said, "His pitch was, 'the creativity of L.A., the technology of San Francisco, nice people, and no income tax.'"

Four years ago, Robison and his partner moved back to Texas from California: then in 2015 he met with Warren, and they began discussions about the studio's future. Last year Robison bought the entire operation from Warren, who will now concentrate on other his other investments and businesses.*

The site already boasts the area's only purpose-built sound stages – the 3,000 square-foot Lone Wolf Stage, plus the double Little Bear stage (2,400 and 1,200 square-feet), and the massive, 6,500 square-foot Big Momma – plus 200 acres of backlot that stretches from scrubs to river front to high and low plains, pastures, and forest, Best of all, said Robison, "Your equipment's only a hundred feet away."

However, he sees the potential for a full campus, with studio space, production offices, plus AR, VR, pre- and post-production facilities. Robison said, "We've got a lot of land out there, where we can build whatever we want."

Robison's first big hire is Mindy Raymond, the outgoing executive director of industry trade association the Texas Motion Picture Alliance, who has signed on as the director of marketing and development. She found out about the proposal through AFS treasurer Gary Newsom, and saw it as "a natural transition from what I've been doing with the TXMPA." 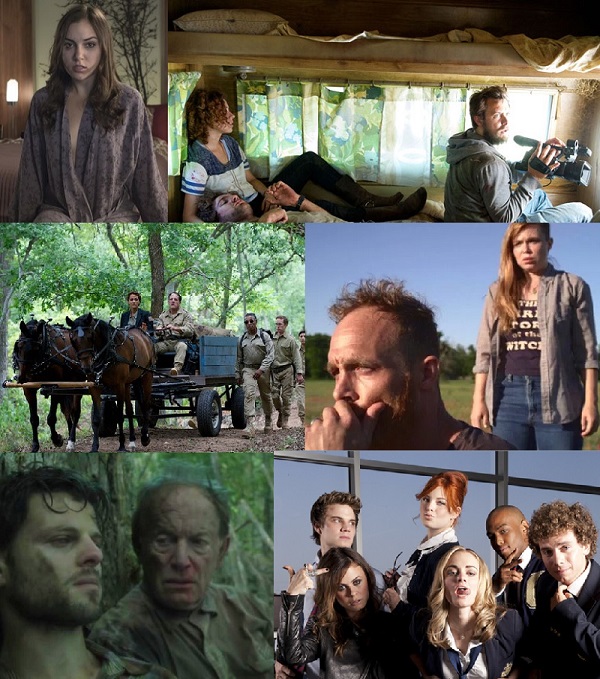 Shot at Spiderwood: (clockwise from top left): Open Windows, Exists, the upcoming Fashionista, Bad Kids Go to Hell, It's in the Blood, and NBC's Revolution.

Like Robison, she emphasizes that this is far from a pipe dream. After a soft launch during the Austin Film Festival, the team is already booking productions for shoots and office space. The big push will begin in March, when the film and creative industries will be focusing on Austin for SXSW. She said, "Our main focus is creating these relationship, and when people have production, they know we're here."

The studios already know Central Texas has the talent pool: Aside from headline directors like Richard Linklater and Kat Candler, there is a huge skilled crew base. Sadly, many end up working in production-friendly states like New Mexico and Georgia. Meanwhile Pixar regularly recruits animators from A&M's architecture school. Robison said, "The education structure that provides the work force, it's all here."

Robison's belief is that providing a campus, with a full production pipeline, will stop that talent going elsewhere to get work. After all, it was the construction of Pinewood in Atlanta, as much as Georgia's generous incentives, that attracted production there. By making a mixed-purpose facility the hope is that there will always be tenants. Moreover, he sees the opportunity for winning over lawmakers who have been leery of what they see as fly-by-night Hollywood shows. By building a major production facility that looks like any research campus (just with added sound stages), he can show them that "this is a real industry. … If you want to be in the manufacturing business, content needs a manufacturing facility."

He is quick to point out that he does not see New Republic as competition for existing facilities like Troublemaker, Omega, or Austin Studios, run by the Austin Film Society (especially the latter, since Robison sits on the AFS board). Instead, he sees them as complimentary, and that the whole region will see a boost. For example, he notes that the Texas Film Commission have had to turn away $460 million in production because there is no production office space. "The startups gobble it up," he said.

Moreover, while the state's infamously weak incentive program has been and remains an issue, one of the first tools Robison plans to develop is a pricing system that will show line producers all the savings from using his one-stop-shop. He is also less worried than many in the Texas industry about runaway productions moving to Atlanta: "Georgia's full," he said, and he actually intends to work with entities there like Pinewood and Tyler Perry Studios, to ensure that each gets the most suitable productions, rather than launching into bidding wars.

* Editor's note: an earlier version of this story incorrectly stated that Warren had retired.