Drawn to Batman at Wizard World

Kevin Conroy and Loren Lester on voicing the dynamic duo 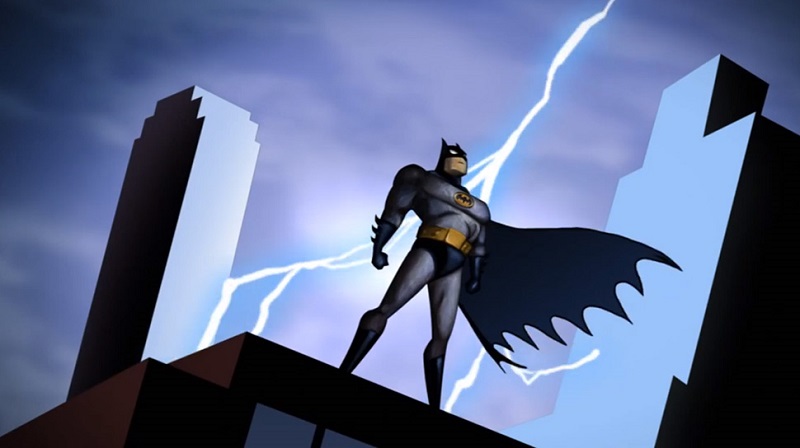 Beware the Bat: Kevin Conroy and Loren Lester, the voices behind Batman: The Animated Series, appear at Wizard World Austin this weekend.

It's been a long time since Kevin Conroy has been to Austin. Forty years ago, he performed at UT in touring productions of King Lear and Mother Courage. "It was a light tour of comic plays," he laughed. Now he returns under the cowl of one of the great dark characters, for he is the Batman.

The arguments about Adam West vs. Christian Bale, or Ben Affleck over Val Kilmer, may rage until the end of comics. But whoever the face of Gotham's defender is, for a generation and more Conroy has been his voice. Starting in 1992 with Batman: The Animated Series, his rolling growl has brought life to millionaire playboy Bruce Wayne in animated series and video games.

This weekend at Wizard World Austin, he will be reunited with his co-star Loren Lester, a respected TV actor in his own right, but best known in animation circles as the voice of Wayne's ward Dick Grayson, aka Robin, and later as Grayson's adult alter-ego Nightwing. 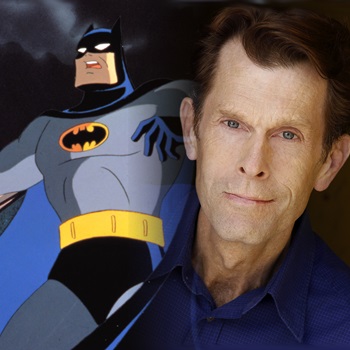 Conroy's career is almost unprecedented. Not only has he worked for over a quarter of a decade on the same part, but it was the first voice acting gig for which he ever auditioned. He said, "Everyone asks me how to get into this business, and I say, 'Well, not the way I did.'"

A Juilliard graduate, he had become a stage and TV actor (including his performance as Ted Kennedy in the 1983 NBC miniseries Kennedy). In 1991, he was living in Los Angeles, and supplementing his income from theatre and TV with voiceovers for commercial. Bruce Wayne was literally the first animated role for which he ever auditioned. He said, "There were dozens of actors who could play the role. I was just the one that made the right choice on that day, in that audition, and I think I made it because I went in with no preconceptions. I was able to just use my imagination, and transport myself" – suddenly, he drops into that distinctive low timbre – "to this dark, broody, painful place, which is where I thought the character's inner life resides, because of what happened to him as a child. He's still frozen in that moment."

Similarly, Lester said, "I did not start out to say, 'Well, I'm a voice actor.' When I was starting, I was with an agency that did everything. They sent me out on auditions for film, for TV shows, for commercials. At the time, I was doing everything, and it was just one more chance of getting work. It just so happened that, once I started doing it, I did very well at it right away."

That first part was as Barbecue in G.I. Joe, and Lester puts landing that role down to his decision to ignore the script note of a Boston accent, and go with Maine instead. "I guess it was really different to what everyone else was doing," he said.

Since then, he's become a VO regular: Barbecue, Julian in W.I.T.C.H., Rick Gordon on Defenders of the Earth, the first-ever voice of Iron Fist in The Avengers: Earth's Mightiest Heroes, and even Jordan Knight on the New Kids on the Block animated show. "The challenge there was that, if we did their voices exactly, it would have been a really uninteresting, because they just sound like Boston kids on the street. So we had to amp it up, because they were having these adventures." 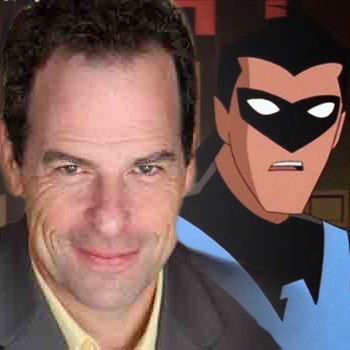 Yet it was the G.I. Joe role that got him an audition for Batman. Having grown up on the 1966 Batman live-action show, "[Original TV Robin] Burt Ward was in my head. I didn't do an imitation of him, but it definitely influenced what I did, that high-energy kind of voice."

He got a couple of callbacks before securing the part, so he was surprised when he found out a casting tidbit from a featurette on the recent DVD release of his latest iteration of the part, Batman and Harley Quinn. Lester said, "[Series creator] Bruce Timm says on it, which I'd never heard before, that they knew right away that they wanted to cast me."

Neither had any reason to believe the show would achieve the massive success it became. When Conroy auditioned, he knew nothing about animation, and it was only when the cast reassembled to record the ADR track, six months after the original sessions, that he realized they were onto something special. He said, "I was with Mark Hamill [The Joker] and this brilliant color came up, and this full symphony score, and these great graphics. I looked at Mark and said, 'Did you have a clue that this was what we were doing?' And he said, 'I am just blown away.' Everyone was."

After 25 years, Conroy and Lester have become synonymous with the parts, even to each other. When the show saw the evolution of Grayson from sidekick Robin into solo hero Nightwing, Lester said, "I took a cue from what Kevin was doing, because in the comic books Robin becomes Batman, so I thought he would sound more like Batman than he would Robin."

Over time, each actor has had favorite moments from the franchise. For Conroy, it's Mask of the Phantasm – often seen by fans as not just be the best animated Batman film, but the best Batman film period – "because you get to see the full arc of the man." Lester has several favorites, from the original series there was the Emmy-winning two-parter "Robin's Reckoning," alongside 1998's feature-length Batman & Mr. Freeze: SubZero, and "Old Wounds" from The New Batman Adventures, in which he played both Nightwing and Robin. "And I loved doing the brand new film, Batman and Harley Quinn, because it's really played for laughs, and comedy has always been my bailiwick."

Across all those iterations, the storytelling has changed, from super-dark The Killing Joke, through the lighter tone of the current and ongoing Justice League Action. But for Conroy, those are not different Batmen. He said, "The trick is, he's got to be the same man. You just see different colors of him." 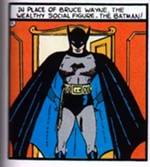 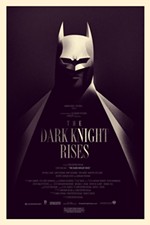