Low-budget horrors for the scary season

If Halloween is about anything, it's homemade scares. Nothing beats yelling "boo" from behind a tree, or jumping out from your hand-crafted graveyard. Sometimes that's true for horror films too: the lower the budget, the bigger the ingenuity. 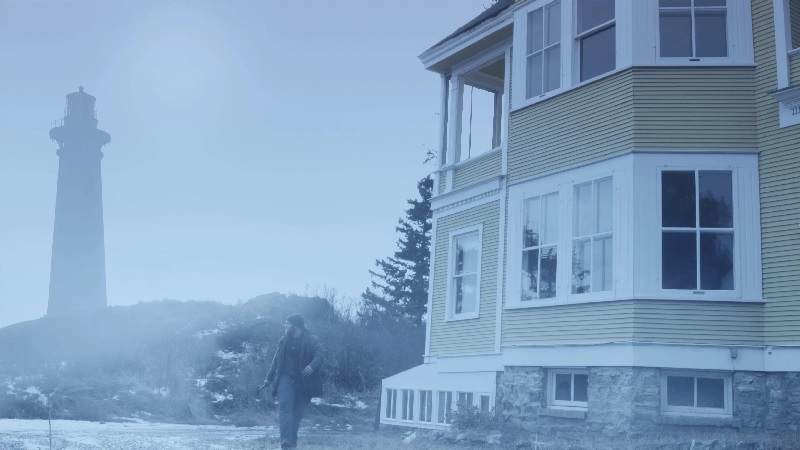 Classic scares on a budget in The Forlorned

Blood and gore may cost (hey, Karo syrup isn't cheap) so The Forlorned avoids this stumbling block by stripping back to the raw essentials of a good, old-fashioned ghost story. Adapted from Angela J. Townsend's 2015 novel of the same name, it dumps fisherman-turned-odd-job-man Tom Doherty (Colton Christensen) on a remote island where he has been hired to fix up a historic house attached to an unused lighthouse. Only for "historic" read "incredibly haunted, possibly possessed," while "unused" really translates as "abandoned after a terrible crime that has forever cursed the rocky soil upon which it stands."

With the unlikely location of Flathead Valley, Montana, filling in for Nova Scotia, Christensen is subjected to just about every supernatural indignity imaginable. From creepy dolls to demon boars, ghost ships, wild hallucinations, and birds flying into the windows (although this is coastal Canada, so these are 15-pound geese crashing into the siding, sending blood a-spraying), he sticks around long after most people would have left. He even stays after being warned off by crazy old bartender Murphy (Cory Dangerfield, who throws himself into the grizzled-old-codger part with high glee).

Why? That's the fun part. Most sensible people would have high-tailed it before the end of the first act, but Ryan Reed's script from Townsend's novel makes his desperation plausible. He's no Jack Torrance, talking to invisible guests: He needs this, and as deliciously high Gothic as this story gets, it makes a degree of obsessive sense that he would stick around.

Make no mistakes, this is as modern Gothic as purple crushed velvet. The abandoned lighthouse routine may be as weather-beaten as a fo'c'sle on a storm-tossed trawler crossing the Bay of Fundy, and it is all the more glorious for it. 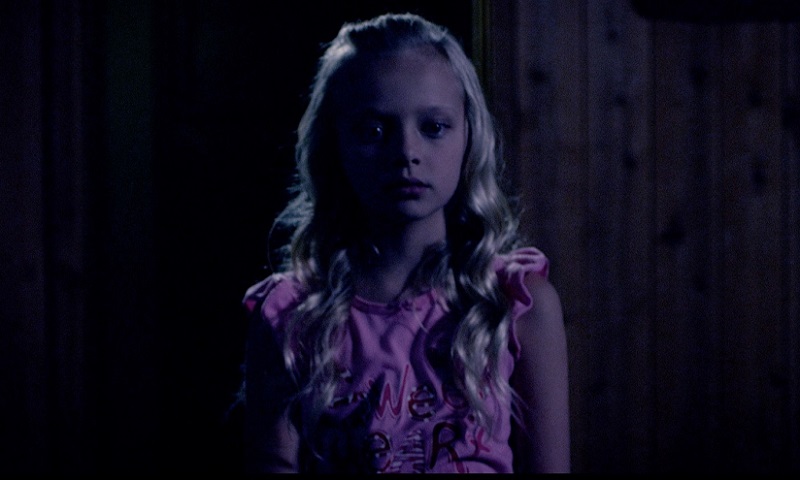 Spooky kids doing spooky things in House by the Lake

Speaking of soggy menace, House by the Lake sends James Callis (Battlestar Galactica, Castlevania) and Anne Dudek (House, Mad Men) to the water with their daughter Emma (Amiah Miller, War for the Planet of the Apes). Tension is cast into the millpond of this seemingly perfect relationship when the pair hire Gwen (Natasha Bassett, Hail, Caesar!) as a nanny to help them with Emma's autism, but they should probably be more concerned about their daughter's fixation on an imaginary friend called the Fish Man.

Director Adam Gierasch goes for a much more cerebral creep than his normal big scares (the 2008 Night of the Demons remake, the "Trick" segment of the Tales of Halloween anthology), and a micro-budget clearly restricts his aspirations. It also doesn't help that the script by Josh Burnell (better known for genre comedies like Boone: The Bounty Hunter and Zombiewood Pines), and Adam Barber's constant score never seems to gel with the moment. Yet there's the germ of a good idea in here, even if Burnell's script seems a little underbaked: At 76 minutes, it never really has enough space for the family drama and the love triangle and the creepy neighbor and the fish man sub-plots to breathe in turn, and rarely meld together. That said, few low-budget films have stuck a more bizarre final twist in recent years.

It's almost like Gierasch and Burnell are aiming for the Lifetime market, and this is more a proof-of-concept than a full-fledged movie. But as a background not-too-creepy creep-fest, with a few recognizable TV faces, if aged relatives of more anodyne tastes are hanging out for trick-or-treating, it's better than enduring a night of NCIS. 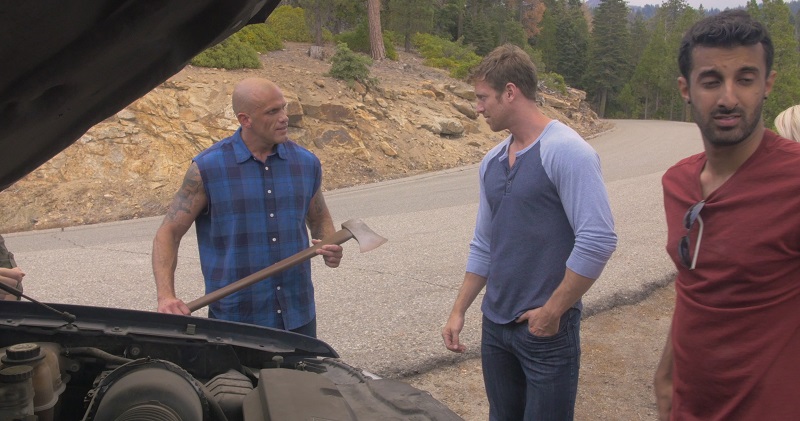 "Hi, I'm Ripper, and I'll be your axe-wielding maniac for the night." Found footage hits all the tropes just right in Altar.

Both The Forlorned and House by the Lake get caught up with some budget restrictions (the former with some seriously Eighties TV special CGI VFX, the latter by looking like it was shot with a DSLR). Altar end-runs a lot of the restrictions of zero-cash filmmaking by going down the found-footage path.

Now there is a misconception that found footage is cheap and easy. It can be cheap, but that does not make it easy. In fact, making faux verité just increases the challenge. (Just ask V/H/S/2 segment director Jason Eisener, who once said, "I remember thinking found footage must be easier to do, but it's honestly the hardest thing I've ever done.") Altar may be shot on a shoe-string, but puts every threadbare inch on the screen.

"Have you ever seen any scary movie ever?" Rinny (Kia Vassiliades) asks her newly-wed husband Greg (Gregory Tharpe) after they get lost on the midnight hike in the Sierra Nevadas. So, clearly, don't get too attached to either of them, as they quite rightly have "supernatural axe fodder" written all over them.

Instead, the camera switches focus to siblings Bo (Jesse Parr) and daughter Maisy (Stefanie Estes): Six months after their parent's tragic disappearance, they head on a weekend retreat with some of Maisy's college friends. She thinks this will help her socially awkward and mourning brother out of his shell. Of course, this is a terrible plan that takes them into the same woods, with the same bizarre happenings, and the same axe-wielding crazy guy. Good thing they have Bo's camera, eh?

The imperfections are rife. Altar commits the unforgivable found-footage sin of having a score (diegetic sound only, people!), the story structure is the most well-worn of found-footage tropes (60 minutes of foliage, 20 minutes of carnage), and the final practical effects are homemade, and look it.

Yet, for all those limitations, Altar is a blast. The script is breezy, with some surprising smart dialogue that never trips into knowing or arch. In particular, the tension between the gang and aging dude-bro Asher (Tim Parrish) as he brings his inappropriately young girlfriend (Jessica Strand) adds an intriguing twist. Yet, most importantly, writer/director Matthew Sconce finds a good reason for Bo never putting the camera down. When the third act bloodbath starts, it still makes a lick of sense.