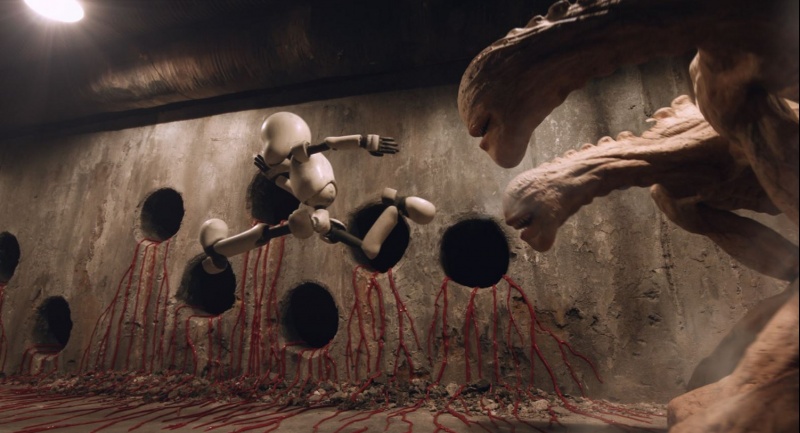 The term "visionary director" is bandied around too easily. But when the closing credits on astounding SF stop machine masterpiece Junk Head roll, and just about every credit says "Takahide Hori," it's clear that this is one true and pure creative vision.

Extended from Hori's 2014 short of the same name, Junk Head posits a future in which humanity has achieved immortality through cybernetics, but lost the ability to breed. One cyborg researcher volunteers for a mission to the complex underworld beneath the shiny but hollow surface, to find one vital clue among the malformed and vicious clones that roam the tunnels. Yet once this Alice falls down the rabbit hole, he just finds danger, friends, new understandings, and a new life as the dented and brave Junk Head.

This isn't a single story, so much as an experiment in world building, and what a world it is. This future Earth, a place of mottled browns and sepia dirt, is created on a scale that puts most studio features to shame. Yet it is given a very human heart by Junk Head, the little tin soldier of this futuristic fairy tale.

All the tropes of folklore and children's fantasy are here, from the kindly wise man and his loyal dwarf companions, to the mad engineers and the duplicitous trickster in the woods. There is an undeniable dark maturity, stemming from the post-Apocalyptic undercurrent, and Junk Head's search for meaning. Yet there is also warmth and charm amid the grisly monster attacks. 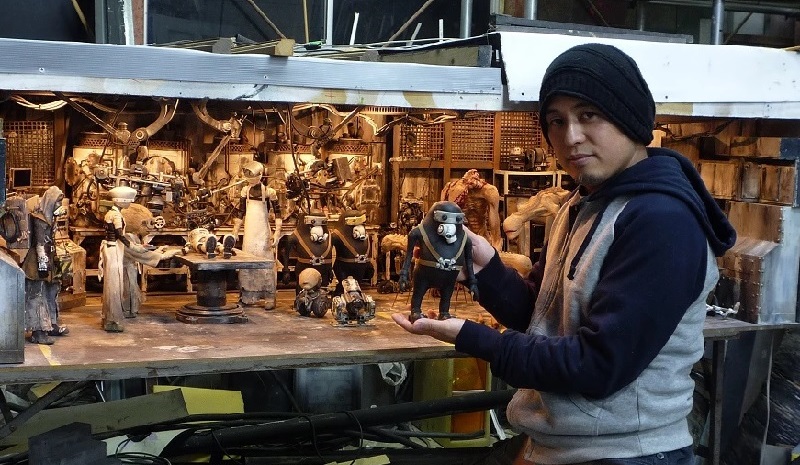 As an animator, Hori's precursors seem clear: Jan Svankmajer, the Quay Brothers, Kihachirō Kawamoto, Adam Jones (guitarist and director for Tool's surrealistic nightmare videos). Yet there's no emulation. Instead, Hori's multi-year, one-man endeavor (he brought on animator Atsuko Miyake and set designer Yuji Sugiyama once the project was well underway) is breath taking in its scale, audacity, beauty, and energy.

As the audience travels through the labyrinthine tunnels with Junk Head, grasping the seat arms as monstrous clones scramble over vast and elaborate sets, it's almost impossible to believe that this was the work of one pair of hands. Yet that is part of why this is so successful, so revolutionary, so daring and heartfelt. It is not a vanity piece, so even when it feels like it is starting to lag a little in the middle of its two hour run time, it's really just elegant build. When the end comes, all you will want is Hori's promised sequel.

Here's the full original short, for a first taste of the entrancing world of Junk Head.