Fantastic Fest Interview: Haunters: The Art of the Scare 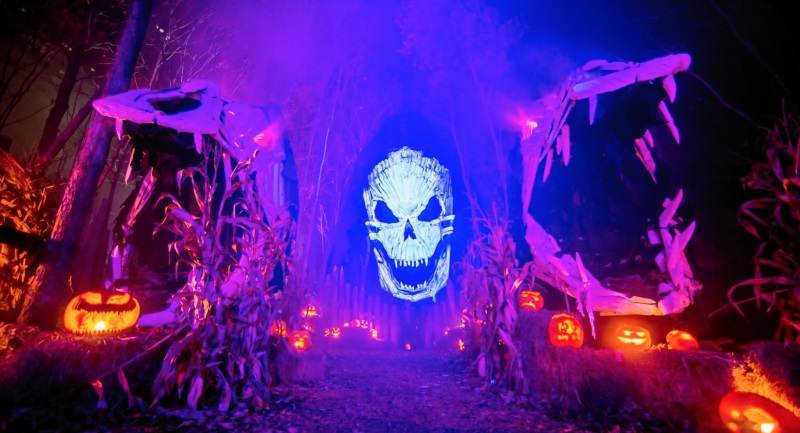 Are you afraid of the dark? New Halloween haunted attraction documentary Haunters: The Art of the Scare premieres at Fantastic Fest. (Image courtesy of The Brain Factory)

The biggest years for Halloween haunted houses have been years of national trauma, like 9/11 and the 2008 financial collapse. Ominously, 2017 is shaping up to be the biggest ever. Jon Schnitzer, director of Haunters: The Art of the Scare said, "Americans have always used horror as an escape."

For the industry portrayed in his film (premiering at Fantastic Fest before its Oct. 3 VOD and Blu-ray release), it's peak scaring season, and it starts earlier every year. Historically, haunts wouldn't open their gates until October, but now they're often packed from mid-September. Many open around the calendar with special themes, like Christmas Krampus shows, or tunnel-of-love-style Valentines. "There were 40 Easter haunted houses this year," Schnitzer said. "People find Easter eggs, while the Easter Bunny has a chainsaw and is chasing after you."

The haunted house has never seemed more culturally relevant, with Halloween now the second biggest non-travel holiday (after Christmas) in terms of spending. Schnitzer said, "During times of chaos, uncertainty, distress, people don't know what's coming next, and they want to scream their heads off. It's like a form of therapy." 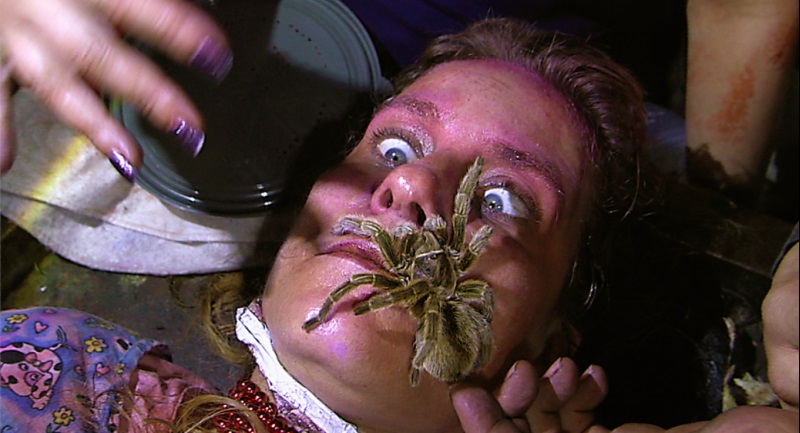 The line between scares and terror blurs at McKamey Manor, known as the most extreme haunted house in the world. (Image courtesy of The Brain Factory)

Austin Chronicle: Were you always a haunted house fan?

I've been noticing this battle between the worlds, of the traditional haunts versus the extreme haunts, and there are a lot of people in the haunted house industry that are really afraid of these extreme haunts, that someone will get hurt in one, and these extreme haunts are pushing the envelope so much that they will scare other people away from going to a haunted house. It's a valid concern. When one haunt is doing something beautiful and artistic, and another haunt is waterboarding you, I can see it can be pretty scary to be in the same world as that.

AC: Why did you pick McKamey Manor as the mirror against which everything else is reflected??

JS: McKamey Manor is the most extreme haunt of all time. It's the most controversial haunt of all time. When I first heard of that, I thought the videos were fake. When I reached out to them, suddenly I realized, "This is real. These are videos of people who are screaming to be let out, and they're not being let out."

You always hear when you're growing up about the haunted house that is so terrifying, so horrific, that it will mess you up in real life. Then I would go, and it would be, "Well, it was fun, but it wasn't that crazy." Every time a horror film is advertised, what do they say? "This is the most terrifying experience of your life," and it ends up being scary and fun. So when you have someone like Russ McKamey saying, "You don't want to come here, this is going to mess you up. We're going to shock you until you lose your mind," you think, well, that can't be true, because you're so conditioned that it was just advertising. Then you realize, this is true. Those were warnings.

AC: Did you go through yourself?

JS: No! I went there and filmed it, and that was too much for me.

There was a time when I stopped filming, I dropped the camera, grabbed this one girl and picked her up, because she went into shock and wasn't responding. I helped her up and brought her into the living room of Russ' house, and sat her on the couch. Thirty minutes later, she finally snapped out of it, and was looking around and said, "Why am I not in the house?" I told her, "Because you went into shock." She went, "Wait a minute." She's an American contract worker, she lives in Kuwait, and she only takes vacations to go to haunted houses. "I flew 19 hours for this. Put me back in that haunt immediately."

Haunters: The Art of the Scare
World Premiere
Saturday, 2:30pm; Thursday, 10:15am