No Escape From Island Zero 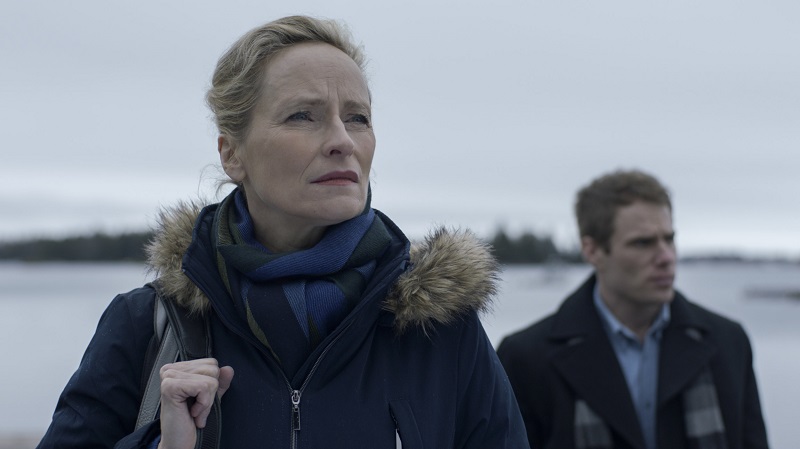 Sci-fi film fest Other Worlds Austin wraps up its year-round Orbiter program tonight with a little taste of aquatic horror, as it moors up at Island Zero. But the Maine-set chiller comes from the pen of an author more usually associated with a different kind of bloodshed: Tess Gerritsen, author of the Rizzoli & Isles novels.

Gerritsen's script, directed by her son Josh, depicts a small fishing community on a remote Atlantic island, whose residents suddenly find themselves cut off from the outside world. No ferry, no phones, no supplies, and then that's when the inexplicable and gruesome deaths start.

Austin Chronicle: There are certain places that seem to speak to horror creators, and with Stephen King and H.P. Lovecraft (among many others) Maine is definitely on that list. What is it about the region, and do you think there's something specific that defines Maine horror?

Tess Gerritsen: Maine is probably the safest state in the country in terms of crime and dangerous animals, so yes, it's an interesting conundrum! I think our long dark winters, the sense of isolation, and the feeling that there's something lurking out in those woods (which are everywhere) leads to enhanced perceptions of danger. It certainly comes to the forefront as winter approaches.

AC: After years of writing crime novels and thrillers, what drew you to write a horror movie script, especially a monster movie?

TG: My Chinese immigrant mother loved horror films, and she brought me to just about every horror film Hollywood ever produced. I grew up during the golden age of creature features (Them!, Tarantula) which were really manifestations of our fear of the nuclear age. I loved those films, which weren't particularly gory, and I longed to see them again. Island Zero is a throwback to those creature features, but with a new environmental anxiety: global climate change, and what it might mean to humanity. I also wanted the slow build and the moody anxiety you see in Scandinavian cinema.

AC: Part of the horror comes from, not the monsters, but the isolation of living on an island. There was a resource panic recently when people got terrified after Hurricane Harvey that gas would run out, and that's reflected here by the idea that we are closer to running out of essentials faster than we realize. How much did your own experiences of communities dependent on ferries for essentials influence the script?

TG: Since I live in Maine, I know how essential ferry service is to the survival of islanders. That awareness is certainly playing out now with the recent hurricanes. We own property in the U.S. Virgin Islands, and have friends there, so I completely understand the panic of being trapped and seeing your food and water run out. Add to that the possibility that monsters are hunting you? Sheer terror.

AC: Shooting Island Zero inspired the next Rizzoli & Isles novel. What happened there?

TG: In my newest book I Know a Secret, indie horror filmmakers play crucial roles. In fact, the vital clue to the mystery is in a horror film! I wanted to capture the sweet and wild world of indie filmmakers, as well as the entire horror film community. Horror fans are a great group of people, one I've been part of since I was in kindergarten.

Other Worlds Austin presents the Texas premiere of Island Zero, with director Josh Gerritsen in attendance. Wed., Sept. 20, 7:30pm, at Flix Brewhouse, 2200 S. I-35, Round Rock. Tickets at www.flixbrewhouse.com.