Nothing wrong with a little escapism

After a week like this one, we could all use a little escapism. A trip to the movies is your ticket to armchair travel, upgraded with belly laughs (good for the heart, too!). In addition to the still-playing Girls Trip, a ribald comedy about a girls' weekend in NOLA gone wrong, consider booking new laffer The Trip to Spain.

This Week’s Pick: The Trip to Spain 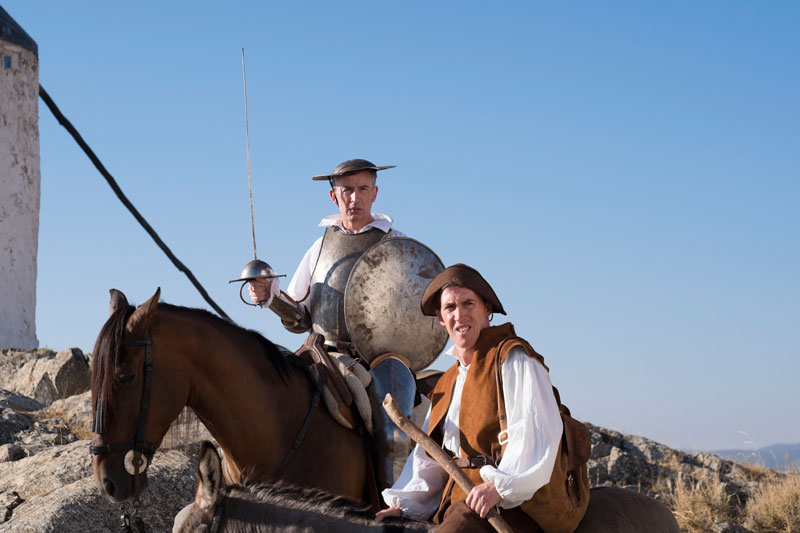 British comic actors Steve Coogan and Rob Brydon team up again to play fictionalized versions of themselves in this third outing of The Trip series. Kimberley Jones writes: “The premise stays the same – Steve and Rob travel together to some scenic vista and sample the country’s cuisine – as does the true purpose of these trips – to spotlight their expert impressions (including David Bowie, Mick Jagger, and Roger Moore), their tetchy kind-of camaraderie, and a melancholy that persists like a stomach grumble.” 3.5 stars 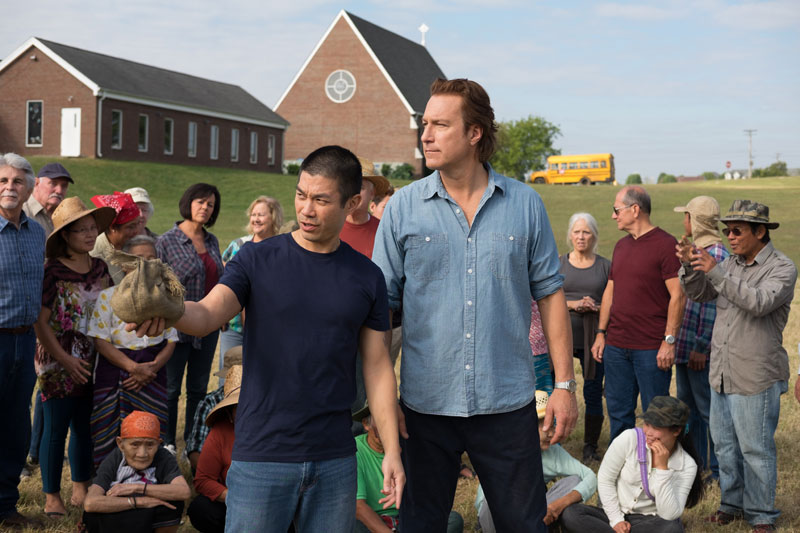 All Saints. A Tennessee community plants seeds to save a church. Marjorie Baumgarten: “In the world of faith-based films, All Saints strikes an unusual tone in its devotion to good storytelling over proselytism.” 3 stars 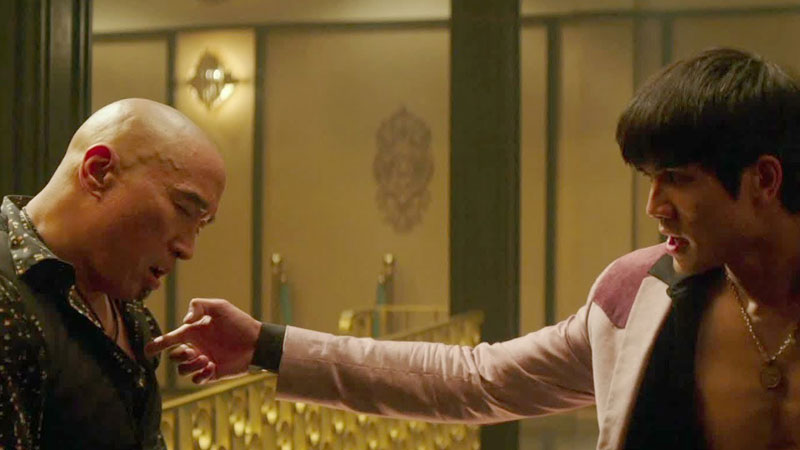 Birth of the Dragon. Biopic explores the early years of a future kung fu master. Marc Savlov: “There’s plenty of B-movie Wuxia action on hand … but the end result never really achieves much more than being exactly what it is: another horseshoes and hand grenades attempt to tell version ad infinitum of the legend of Bruce Lee. “1.5 stars I Do … Until I Don’t. A middle-of-the-road domestic comedy from writer/director/star Lake Bell. Josh Kupecki: “Bell is a smart and hilarious creative talent, but the characters in I Do … Until I Don’t are the most trite and stereotypical personas that have been so played out in this genre of film.” 2 stars 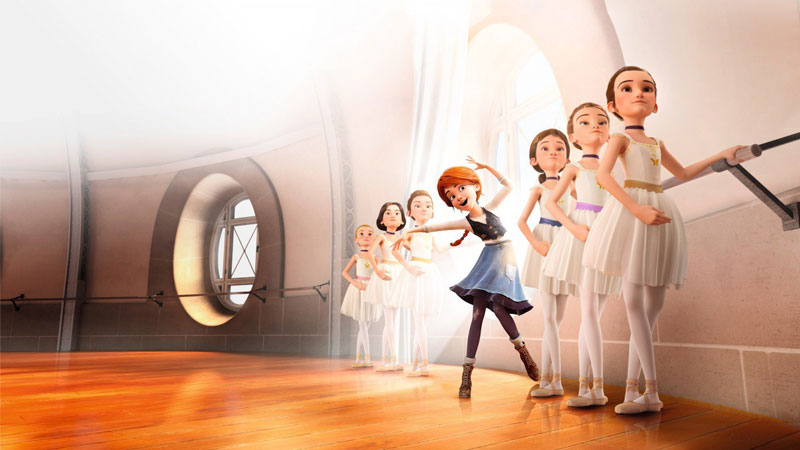 Leap! An orphan has ballet-dancing dreams in this animated film. Marjorie Baumgarten: “The realistic movement rendered by Montreal animation house L’Atelier Animation is often quite lovely, although that illusion is counteracted by the characters’ especially large heads.” 2 stars Look & See: A Portrait of Wendell Berry. A lyrical look at the world of the farmer and activist. Marjorie Baumgarten: “The documentary portrait the Austin filmmakers provide of this Kentucky-based poet, novelist, essayist, farmer, and activist is fragmented and diffuse. A rounded education in all things Wendell Berry you will not get.” 2.5 stars
See Richard Whittaker's interview with filmmaker Laura Dunn. Menashe. In an Orthodox Jewish community, a father struggles to retain custody of his son. Marc Savlov: “Star Menashe Lustig is marvelous … Portly, balding, but with an occasional twinkle in his eye, the character comes off as an older, Jewish Charlie Brown.” 3 stars The Only Living Boy in New York. Self-absorbed New Yorkers are enmeshed in a love triangle. Steve Davis: “The too-too-precious title flashes like a cautionary traffic sign. Warning: Pretentiousness and Pedantry Ahead.” 1 star

Do It Like an Hombre. A longtime friendship between three friends is tested when one of them comes out, in what appears to be one of the most tone-deaf and homophobic films exported from Mexico (recently). 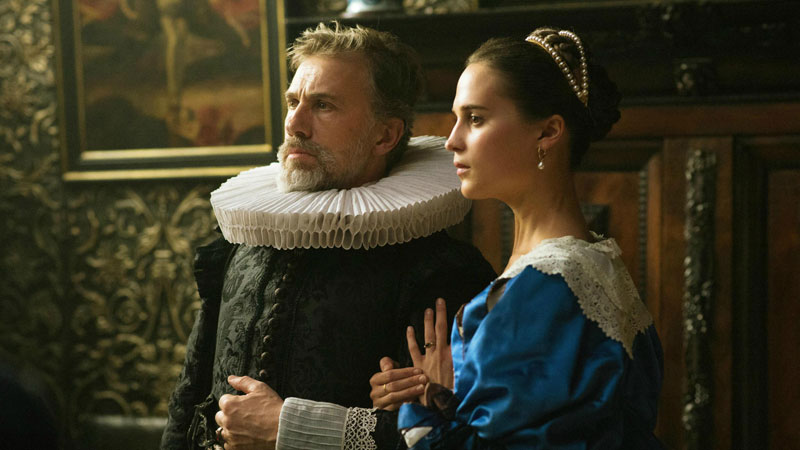 This week’s special screenings offer a twofer of slashers that are a cut above. AFS Cinema will play host to a new restoration of Suspiria, screening throughout the week. Of Dario Argento’s influential, red-and-blue fever dream of a film, Marc Savlov writes: “Possibly the most vivid and eye-popping horror film ever made, early word on Synapse's wildly anticipated restoration is exultant.” Meanwhile at Austin Public, 1982’s bizarre gem Fantasies screens Monday night. Richard Whittaker: “Made for NBC by veteran TV director William Wiard, and loaded with cast regulars from daytime staples like General Hospital and All My Children, it was part thriller, part slasher, and part inside joke on the soap industry.”

Love & Anarchy: Lina Wertmüller. In The Seduction of Mimi, a Sicilian migrates to the big city after being run out by the local mob, only to get into more hot water (and then some) in this wonderful comedy that melds Wertmüller's dissection of sex and politics into a dark-humored brew. Screens Friday and Sunday at AFS Cinema.

Close Encounters of the Third Kind. This is the movie that proves what Stanley Kubrick taught years before in 2001: A Space Odyssey: Build a monolith, and they will come. New 4K restoration screens at Alamo Drafthouse Lakeline and Alamo Drafthouse Mueller throughout the week.

Paramount Summer Film Classics. If Texas had a state movie, Giant would be it. Enjoy it on the big screen on Friday night. Gone With the Wind screens Saturday. Note: The Paramount is offering free admission to both movies with proof of donation to the Red Cross.

Living Springs. This Saturday screening of the interactive series at the south entrance to the pool presents a new short titled "Wildlands." Swim before or after, and talk to environmental groups who will be on hand. Film, The Trip to Spain, Suspiria, All Saints, Birth of the Dragon, Menashe, Living Springs, Look and See, I Do... Until I Don't