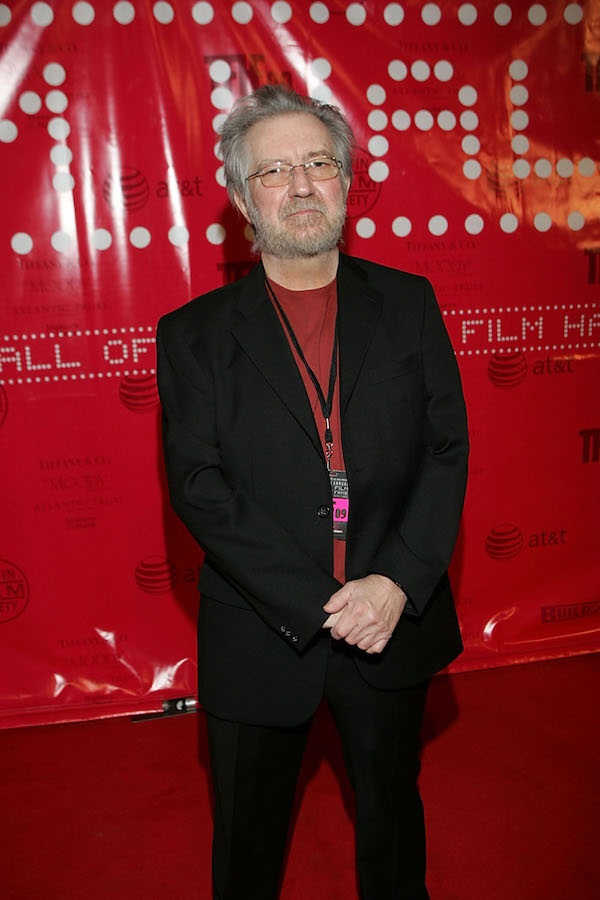 Tobe Hooper: the Austin-born, genre-defining director of The Texas Chain Saw Massacre, who died this weekend. (Photo by Gary Miller)

Few and rare are the filmmakers that change the canon with their debut. Yet Tobe Hooper, who died Saturday at the age of 74, left an indelible bloody thumbprint on cinema with The Texas Chain Saw Massacre: not just for horror, but for independent moviemaking as a whole.

William Tobe Hooper was a true product of Austin: born here, and educated at UT, which is where he got his formal training in filmmaking. It was also where he started directing: As he told the Chronicle in 2000, he'd been working on commercials, then short documentaries before his debut, 1969's Eggshells. As much a long-form experiment as it was a full-fledged feature, Eggshells was a laughing and loving tribute to Austin and UT at the height of the 1970s, a lo-fi story of a bunch of college kids in a shared house, drinking, loving, tripping. As he recalled in 2014, he saw it was "one of the real hippie films – not what a producer in L.A. imagining what Berkeley and Austin were like and doing a theatrical version."

Eggshells never made it beyond a few college screenings, so it was Hooper's first true commercial feature that set the world on its ear. American cinema lived on the coasts, in New York and Hollywood. Even getting the materials together to make an independent film was a hard struggle, but Hooper and his team pulled together, not just a regional success, but a landmark movie that changed global cinema.

Horror is a genre of metaphor. Just as Frankenstein was a reaction to the perils and promises of the new science, and Dracula dwelt on the terror of the old world lurking beneath modernity, The Texas Chain Saw Massacre was born of the fear of the backwoods country. It was spawned in no small part by Hooper's experiences in Austin, and the deep awareness that the cosmic cowboy deal did not extend much further than the Drag, West Campus, and a few clubs. The hippie idyll was being dragged out into the country and mutilated by the forces of reaction and tradition, and the kids in the van had more to fear from the forces of feral reaction than "The Man." 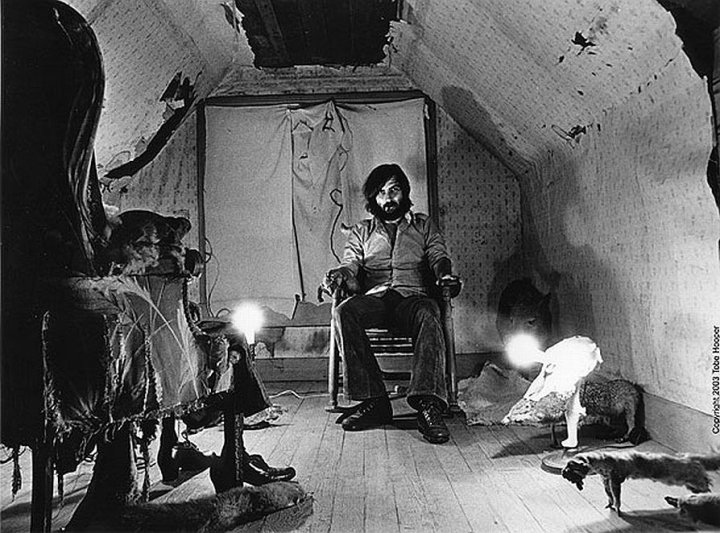 Tobe Hooper on the set of The Texas Chain Saw Massacre. (Image courtesy of Kim Henkel)

Decades later, The Texas Chain Saw Massacre remains a film of such brutal intensity, such visceral majesty, that it is still being unpacked by film writers, revered and imitated and absorbed by filmmakers. It's a film so potent that it was banned in the UK for its extremity, even though there is barely a drop of blood to be seen.

Along with his peers George A. Romero and Wes Craven, he dragged horror out of the grindhouse and back into the realm of serious critical appraisal. In many ways, Hooper was to horror what George Lucas was to the sci-fi blockbuster: the arthouse kid deemed least likely to strike box-office gold. Tragically, Hooper never saw even close to the same level of personal commercial success as his California contemporaries. Chain Saw got caught up in an infamously bad distribution deal, so while it took in vast fortunes at the box office, neither Hooper nor the rest of the team saw much of a red cent from the revenue.

Indeed, it was a commercially cannier Hooper who reinvigorated Leatherface in 1986 for The Texas Chainsaw Massacre 2, in part as a way to see some of the returns that had evaded him first time around. His career often felt like it had a stop-start tempo - an idea re-enforced by the constant and continuing debates over the division of labor between himself and producer Steven Spielberg on 1982's Poltergeist. His final film, 2013's Djinn, was so ill-served by the studio that Hooper himself was reported to be unaware that it had been dumped on Netflix.

But that can never overshadow the monumental impact he had on horror on both cinema and TV. Returning post-Chain Saw to the horror of remote Texas for Eaten Alive, Hooper then revolutionized small-screen scares with his 1979 adaptation of Stephen King's Salem's Lot. This was the golden age of literary miniseries, like Roots and The Thorn Birds, but Hooper's full-blooded attack on the source material, spurning the incoming new wave of seductive vampires in favor of full-blown Nosferatu fear, scarred a generation, and gave King one of his finest adaptations. 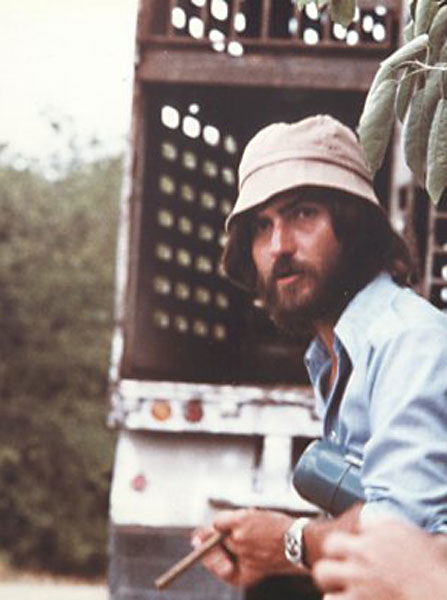 Hooper also remained incredibly flexible and adaptable throughout his career. His remake of Invaders From Mars, and the sexually charged Lifeforce, proved he was adept with SF-horror, both modern and retro, while much of his career was spent on edgy TV fare like The Equalizer and the pilot episode of Nightmare on Elm Street spin-off Freddy's Nightmares. Yet he also kept his cinematic fear fangs sharp, with 2004's remake of Toolbox Murders blasting past the spotty grindhouse original, and letting him play with the kind of gore everyone imagined dripped from Chain Saw.

Yet it is impossible to talk about him without talking about Chain Saw: not for its spine-tightening horror, but for the message it sent to indie filmmakers around the world: That you don't need to be in a production hub to create something that will make the industry pay attention. It may not have been the original calling-card film, but it was inarguably one of the most vital. It also proved that Texas could create its own film industry, rather than wait on out-of-state productions like Giant or Rio Grande to breeze through town. As Hooper famously said, "I wanted to shoot a rocket off in Texas that would be seen in Hollywood."

That may be Hooper's most meaningful legacy. Not in searing the image of Leatherface, spinning and careening on a back-country road, deep into our collective brains. Instead, it was in blazing a trail for the generation of Texas-sired and Texas-debuting independent filmmakers to come: the Richard Linklaters, the Robert Rodriguezes, the Kat Candlers, and a thousand more. He was truly the giant on whose shoulder they stand, and yet those that met him will remember a quietly charming man, soft-voiced, unassuming, and almost wistful, who helped revolutionize an artform and an industry. The man who The Exorcist director William Friedkin called "a good friend I will never forget," and who Saw creator James Wan remembered as "a sweet, gentle soul of a man."

It is that Tobe Hooper who shaped the nightmares of millions that shall live in the memories of those that knew him.

SXSW: Restoring the 'Texas Chain Saw Massacre'
40 years on, Tobe Hooper talks about the movie that shocked the world