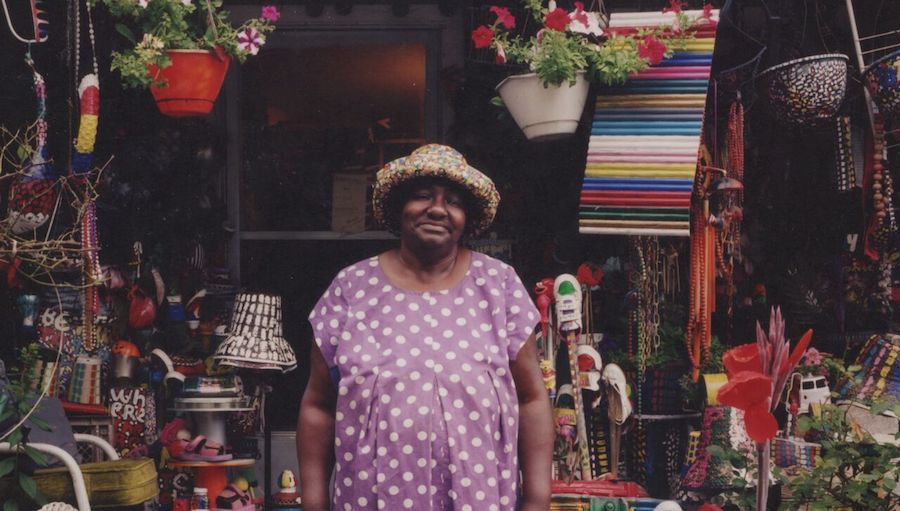 AFS awarded Yaphet Smith $3,000 to go toward post-production expenses on his documentary feature Love Is a Sensation.

The Austin Film Society supports Texas filmmaking in myriad ways – workshops, work-in-progress screenings, mentorships – but perhaps its biggest impact is in its annual doling out of cold cash to needy filmmakers. How much cash? Over $1.7 million since 1996.

AFS announced Monday this year’s class of AFS Grant recipients – 34 filmmakers in total, including 18 first-time awardees, receiving $110,000 in cash grants and another $33,000 worth of in-kind support (such as film stock and equipment). They join some pretty prestigious ranks: Previous winners of AFS grants include Texas film trailblazers like Jeff Nichols, David Lowery, Andrew Bujalski, Kat Candler, and Trey Edward Shults.

LOVE IS A SENSATION
Documentary Feature
Director: Yaphet Smith
$3,000 cash for Post-Production
Oprah Winfrey hails from Kosciusko, Miss., but most pilgrims trek there to visit The Unusual Artist Ms. L.V. Hull at her outlandish home. Now, as L.V.’s health fails, only one visitor would make her life complete: blues legend B.B. King. Will The Artist meet The King before time runs out? 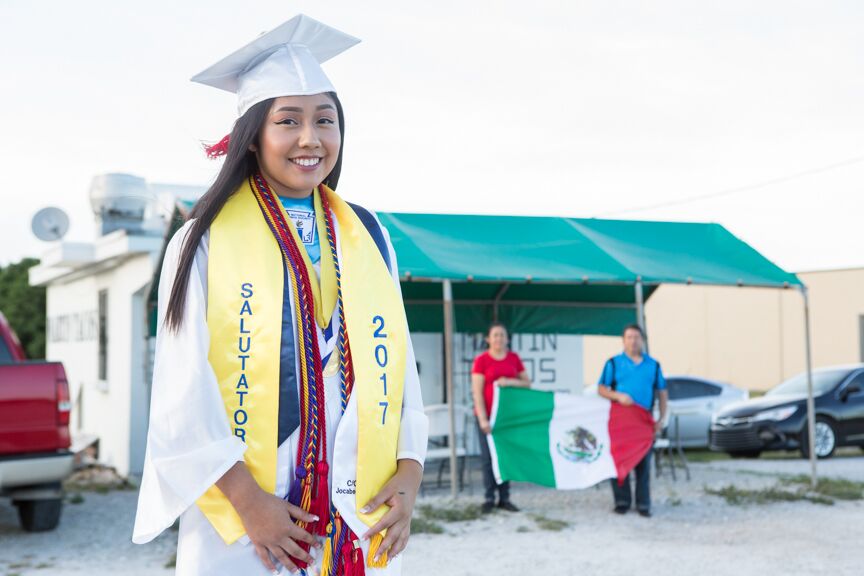 PAHOKEE
Documentary Feature
Directors: Patrick Bresnan and Ivete Lucas
$15,000 cash for Post-Production
Pahokee, Florida (pop.6,094): one hour by car across Palm Beach County from the presidential opulence of Mar-a-Lago. Against a backdrop of industrial agriculture and economic isolation, high school senior from diverse cultural backgrounds forge a sense of meaning and community via elaborate and colorful rites of passage.

THE TEXAS HIGH SCHOOL REGIONAL THEATER FESTIVAL MURDERS
Narrative Feature
Director and writer: Clay Liford
$5,000 cash for Production
After witnessing a murder at a prestigious theatre festival, a down-on-her-luck theatre teacher and her star pupil must decide what to do in order to still win.

THE TROUBLE I SEE
Documentary Feature
Director: Sally O’Grady
The EBW Grant, Empowering Female Filmmakers, by Sandra Adair
$5,000 cash for Post-Production
The Trouble I See explores the impact of mass incarceration on three families in Richmond, Va. Using the annual Father-Daughter Dance at the City Jail as the catalyst, the film examines the realities of life in the corrections system for Joey, Andre, and Rashaan.

THE TROUBLE WITH RAY
Documentary Feature
Director: Travis Johns
$5,000 cash for Post-Production
The Trouble With Ray exposes the wild, untold history of LGBT activism in ultra-conservative Texas and its impact on the national stage as told by the movement’s ultimate outsider, Ray Hill: a labor activists’ son, ex-con, and “loud-mouthed queer,” whose 50 years of fearlessly protesting for LGBTQ equality energized a grassroots movement to take powerful, political action.

Untitled Jennifer Laude Documentary
Documentary Feature
Director: PJ Raval
INDIEpendents Grant
$15,000 cash for Post-Production
Grassroots activists in the Philippines are spurred into action when a local transgender woman is found dead in a motel room with a 19-year-old U.S. marine as the leading suspect. As they demand answers and a just trial, hidden histories of U.S. colonization come bubbling to the surface.

WHAT BREAKS THE ICE
Narrative Feature
Director and writer: Rebecca Eskreis
The EBW Grant, Empowering Female Filmmakers, by Sandra Adair
$10,000 cash for Production
During the summer of 1998, Sammy and Emily, both 15 years old, strike up a quick and deep friendship, in spite of their disparate backgrounds. But what should have been the best summer of their lives takes an unexpected turn when they become accidental accomplices in a fatal crime: the murder of Sammy's brother, Travis.

WHEN WE WERE LIVE
Documentary Feature
Director: John Moore
Stuck On On Post-Production Grant
When We Were Live is a feature documentary about the heyday of Public Access Television in the Eighties and Nineties and how it shaped the culture of a pre-internet America. The film weaves together hundreds of hours of archival footage to tell the stories of five former Public Access producers from Austin, Texas, the nation's longest running Public Access Television station.

BAD THINGS
Narrative Short
Director: Mira Lippold-Johnson
$2,000 cash for Post-Production
When her older sister gets unjustly suspended from school, 8-year-old Sue Ellen starts to doubt that brains and hard work are enough to keep her out of trouble. Bad teachers, prejudices, a bully: There are impediments to success. So Sue Ellen takes a drastic, violent step to take control.

CALLING
Narrative Short in Post-Production
Director: Artemis Anastasiadou
The EBW Grant, Empowering Female Filmmakers, by Sandra Adair
$1,000 cash for Post-Production and Distribution
After a violent event comes to an end, a mother struggles to keep on being a caregiver to her handi-capable son.

THE CHEAP SEATS
Narrative Short in Production
Director: Brittany Reeber
Kodak Film Award: $5,000 in film stock
MPS Camera and Lighting Award: $5,000 in camera package and equipment rentals
Donna and Julianne search for ancestral connection in a place where consumerism has replaced culture, and life’s sweet moments tend to be at the bottom of a cheap drink. The fictional script is set in the very real Cassadaga Spiritualist Camp, a small community in central Florida dedicated to Spiritualism and “mediumship,” or the ability to communicate with the dead.

CHICLE
Narrative Short
Director: Lizette Barrera
The EBW Grant, Empowering Female Filmmakers, by Sandra Adair
$4,000 cash for Post-Production
An ill-tempered teenager attempts to find peaceful solitude on the day of her grandfather's passing until an estranged friend pays her a visit. 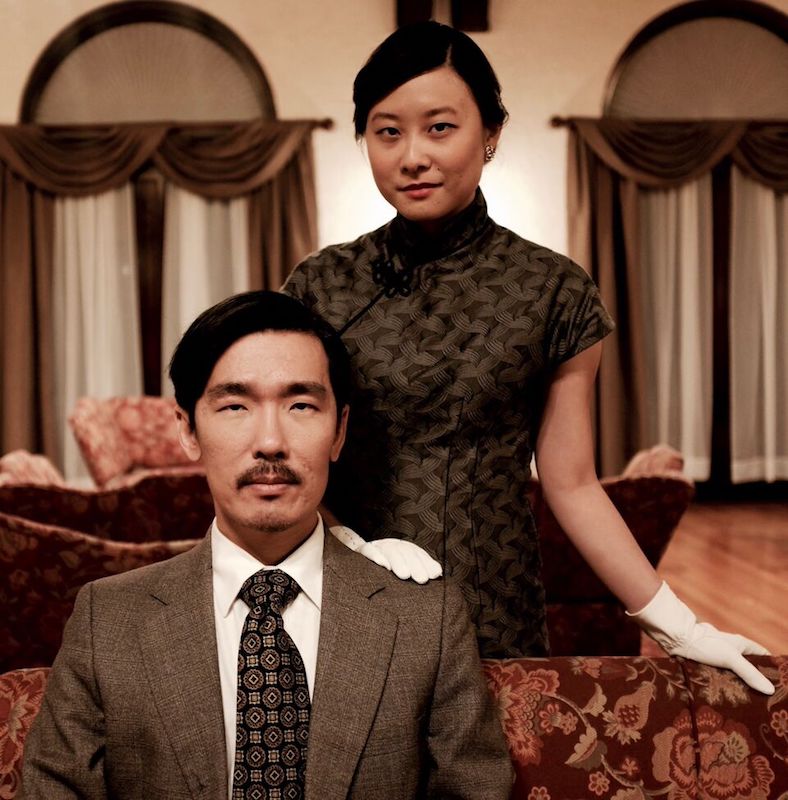 JUNE
Narrative Short
Director: Huay-Bing Law
$5,000 cash for Production and Post-Production
An immigrant Chinese wife does her best to fit in at her husband's graduation ceremony in 1950s segregated Texas.

LET ‘EM KNOW YOU’RE THERE: THE STORY OF BIG JIM & THE TRIPLE DOUBLE
Documentary Short in Post-Production
Director: Field Humphrey
$2,500 cash for Post-Production
A forgotten basketball pioneer and NBA record holder, Jim Tucker reveals what is truly worth remembering as he struggles with Alzheimer's disease.

MAUDE
Narrative Short in Post-Production
Director: Anna Margaret Hollyman
Stuck On On Post Production Grant
"Maude" is a comedy about a woman named Teeny who is surprised to learn that she is babysitting the daughter of a former college classmate, Priscilla, a successful Gwyneth Paltrow-esque lifestyle guru. Over the course of the day, Teeny begins to take on the other woman’s identity with hilarious consequences.

RENEEPOPTOSIS
Animated Short in Production
Director: Renee Zhan
The EBW Grant, Empowering Female Filmmakers, by Sandra Adair
$5,000 cash for Production
"Reneepoptosis" follows the adventures of three Renees at various points of their lifespan as they go on a spiritual journey to find God (who is also Renee). Along the way, the Renees discuss and experience in full glory the trials, tribulations, and wonders of being Renee.

THE SHAKE-UP
Documentary Short
Director: Benjamin Altenberg
$5,000 cash for Production
Mental health care patients and providers in New Mexico struggle to find a path forward after the state government makes false accusations of Medicaid fraud that result in widespread closures of clinics and the disruption of life-saving services for thousands.

THINGS WE LEFT BEHIND
Documentary Short
Director: Amy Bench
MPS Camera and Lighting Award: $5,000 in-kind
"Things We Left Behind" is a visual diary film that touches on the refugee experience, through the objects that connect them to their former lives. It is a series of portraits of women living in the United States, who came to this country with no more than a carry-on bag or a couple of suitcases.

THROUGH A CITY SHOESTRING
Narrative Short
Director: Kent Juliff
$1,000 cash for Production and Post-Production
On a lazy summer, two lifeguard friends get caught up in a small-town mystery after their boss is kidnapped. 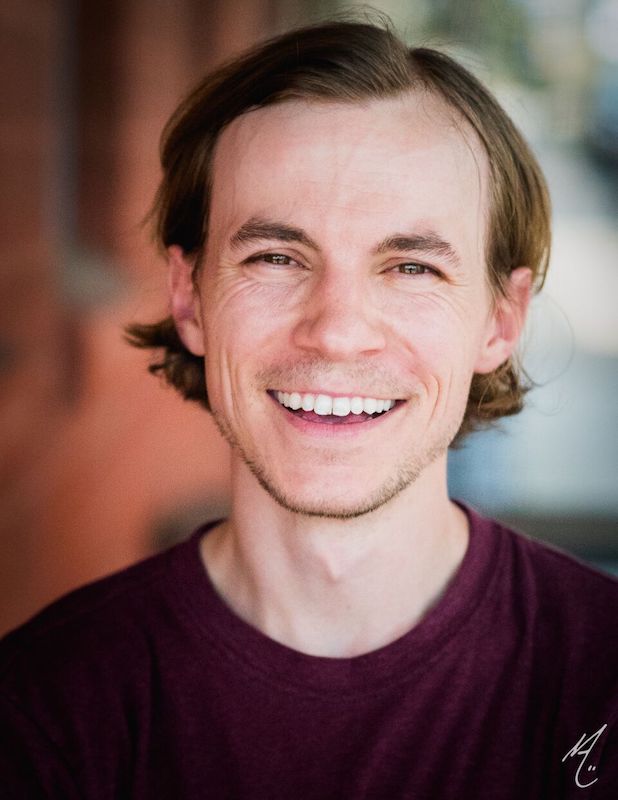 DJI Creative Studio Grant Recipient: Derek Allison
Derek Allison is a writer, director and producer from Philadelphia who recently completed his thesis film, "Mensch," at the University of Texas, and he looks forward to utilizing the DJI Creative Studio Grant to bring Canonical Victims to the screen – a new story that explores Jack the Ripper in America from the perspective of a prostitute. Allison will receive a production budget (up to $10,000) as well as an in-kind rental package of DJI products (drones, camera, stabilizer packages). DJI will produce behind-the-scenes video and photo content on the project and promote it upon release on DJI channels.

Recipient of the Harrison McClure Award, a grant made possible by the Harrison McClure Endowed Film Fund in support of an undergraduate filmmaker: PERDÓNAME
Narrative Short, $2,500 in grant support
Filmmaker: Tani Shukla
A Catholic woman is put at odds with her faith when her cancer-afflicted sister asks her to commit the ultimate sin.

Micah Barber, Into the Who Knows!
Sarasota Film Festival 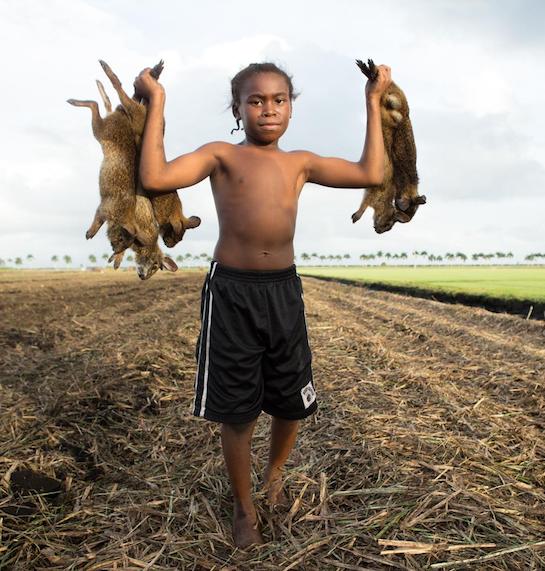 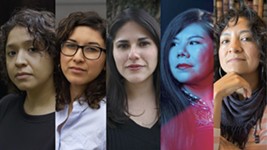 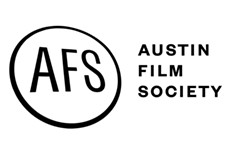