The Austin Film Festival, set to take place October 26-November 2, has announced the first 10 titles scheduled to screen during its 2017 edition, its 24th. Included among the selected works are nine films and one television episode: the season finale of HBO’s The Deuce, created by David Simon and George Pelecanos, who will be in attendance. 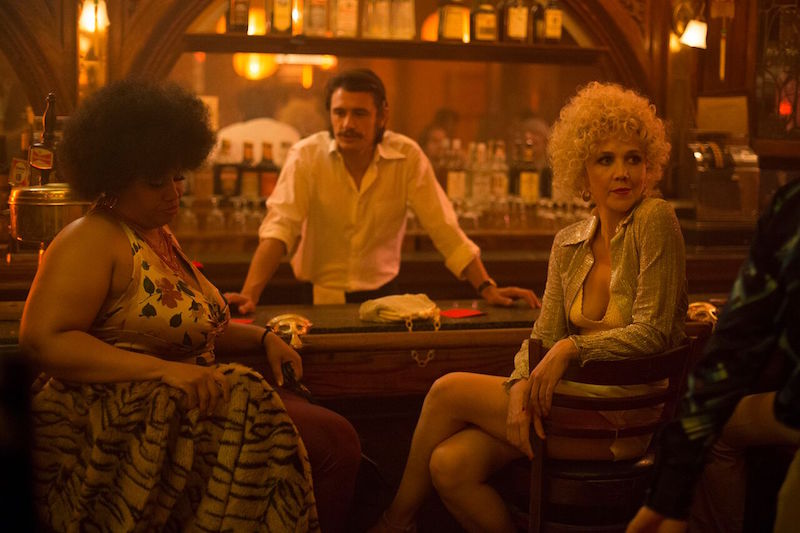 Other announced titles include Permanent with Rainn Wilson and Patricia Arquette, Please Stand By with Dakota Fanning and Toni Collete, and 24 Hours to Live with Ethan Hawke and Liam Cunningham.

Local films and talent will also be in the spotlight. The romantic comedy Amanda & Jack Go Glamping, which stars David Arquette and Amy Acker and was written and directed by Austin filmmaker Brandon Dickerson, is set to premiere. Also in the lineup is a remastered print of the 1985 cult horror film Confessions of a Serial Killer, which was Austin-produced and stars famed local art director Robert Burns (The Texas Chain Saw Massacre, The Hills Have Eyes, Re-Animator).

Already confirmed to attend the fest this year are David Arquette of Glamping, and Sasheer Zamata and Brent Morin for their comedy The Outdoorsman. These actors will join AFF’s already announced Distinguished Screenwriter awardee Kenneth Lonergan (Manchester by the Sea). AFF’s complete list of programming will be released in late September. The 10 titles released today are described below.

Amanda & Jack Go Glamping
World Premiere
Writer/Director: Brandon Dickerson
Starring: David Arquette, Amy Ackers, Adan Canto, June Squibb
With his mid-life marriage on rocky ground, dejected one-hit-author Jack Spencer goes glamping (glamorous camping) with his wife, Amanda, in search of a spark. When the isolated retreat suddenly becomes anything but private, Jack must learn to get over himself as he dives deep off the grid into a comedic exploration of love, failure, relevance, and miniature donkeys.

Mr. Fish: Cartooning from the Deep End
World Premiere
Director: Pablo Bryant
Mr. Fish, one of the most dangerous American cartoonists working today, is faced with selling his art or selling his soul.

An Ordinary Man
North American Premiere
Writer/Director: Brad Silberling
Starring: Ben Kingsley, Hera Hilmar, Peter Serafinowicz
The life of a fugitive war criminal takes a turn for the unexpected. After years of hiding in plain sight following the brutal Balkan wars, a man known only as the General, who is ferried nightly from couch to couch by faithful loyalists, is placed at last in an apartment of his own. When Tanja unwittingly stumbles through his door, it’s clear to both that her departure will not be an option. What follows is a cat-and-mouse game of intentions and identities, in which the General’s need for human contact drives him to take increasingly greater risks, pressing to unearth Tanja’s secrets … and setting them both on a collision course with the past.

The Outdoorsman
World Premiere
Writer: Ryan Gilmour
Director: David Haskell
Starring: Brent Morin, Sasheer Zamata, Spencer Grammer
As he prepares to cut ties with society and spend a year in the mountains, an aspiring wilderness writer meets a goal-oriented, corporate woman who has quit her job to 'find herself.' He falls in love, but ultimately must ask himself what he wants: the 'normal' life he's avoided his whole life, or living his outdoor fantasy, alone.

Permanent
Writer/Director: Colette Burson
Starring: Kira McClean, Rainn Wilson, Patricia Arquette
Set in 1983 in small-town Virginia, Permanent centers around a 13-year-old and her family, and tells the story of a hairstyle gone incredibly wrong and a young girl’s plight to fit in while encountering bullies at a new school.

Please Stand By
Writer: Michael Golamco
Director: Ben Lewin
Starring: Dakota Fanning, Toni Collette
A young autistic woman runs away from her caregiver in an attempt to submit her manuscript to a writing competition.

Touched
North American Premiere
Writer/Director: Karl R. Hearne
Starring: Hugh Thompson, Lola Flanery
A ghostly, psychological drama about a young woman who disappears from her building and her solitary landlord who tries to track her down.