Heading Out West With Ingrid 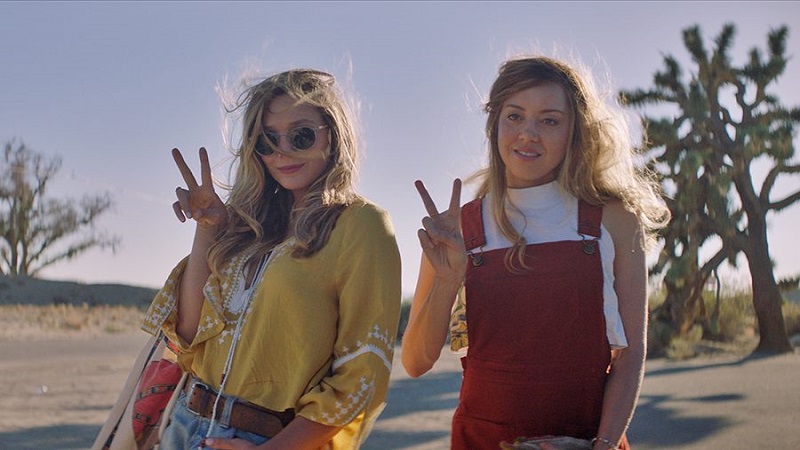 Emojis have been leaving a bad taste in filmgoers' mouths recently. But with sharp-fanged social media commentary Ingrid Goes West, Matt Spicer is aiming for something that's a little more incisive about how we deal with social media.

In the writer/director's first feature (released this week in Austin by Drafthouse boss Tim League's new company Neon), Parks and Recreation's Aubrey Plaza plays the eponymous Ingrid. She's an Instagram addict who confuses likes with being liked, and attaches herself to Taylor (Elizabeth Olsen, Wind River), a social media celebrity who puts her entire life online. Ingrid isn't the first person to head to California in search of personal reinvention and new friends. However, in Spicer's pitch-black satire, she may be one of the most chaotic and carnage-creating.

Not that Spicer doesn't feel some sympathy for his antagonistic protagonist. He said, "I understand what it's like to use social media to not feel lonely, or seek validation." In fact, he added, "I'm far more of an Ingrid than a Taylor. Me, personally, when I use Instagram, I feel much more like a stalker than a victim. When we were writing the film, I didn't have many followers. I'm the one going on other people's pages and looking at their stuff, and consuming their content, and seeing where they're eating food." 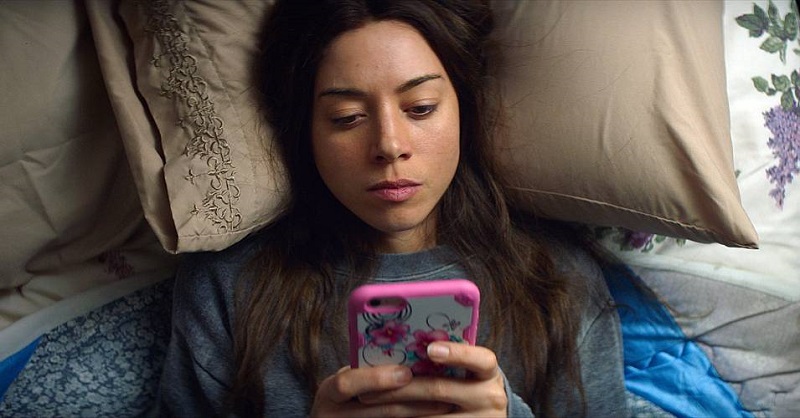 Austin Chronicle: A lot of filmmakers want to make movies about social media, but then get nervous about using real platforms and apps. It always ends up feeling inauthentic.

Matt Spicer: It's something that also bothers me, and really takes me out of the movie. For the most part, it's a legal decision, and I think things that are made on the studio level or the network level. They either have their own conflicts of interest, or their legal department doesn't even want to get into anything, so they force people to not do it.

Fortunately, we live in America, and you have certain creative liberties and protections, and it's something I fought really hard for. It's something I told the producers, that it's really important to me that they're using Instagram and not Pictogram or some other fake thing, because it just makes it feel like it takes place in a fictional world and not our reality. I didn't want people to have any excuse to not relate to the film or feel like it was not a depiction of the world that we live in.

It was fun to create a character that doesn’t have that inner voice that says, “Hey, maybe don’t move across the country and steal this person’s dog to get to know them.”

AC: The focus is very much on Ingrid, and her attempts to create a real life based on her social media life.

MS: When [co-writer David Branson Smith] and I started talking about the film, the moment that unlocked it was when we decided to tell it from the stalker's point of view. Not that we hadn't seen a film like that before, but we hadn't seen many, and certainly not one with a female antihero at the center.

It was fun to create a character that doesn't have that inner voice that says, "Hey, maybe don't move across the country and steal this person's dog to get to know them." But the touchstone for us was that we just wanted to make sure that everything that she does comes from this place of pain and loneliness, so that we understand what's motivating her. In her mind, stealing Taylor's dog is very innocent. "Well, I didn't want to hurt the dog, I just wanted to get closer to Taylor, I just wanted a friend." You have to hear her rationalizing these things to herself in her head, and that was much more interesting to us.

AC: It may be that some filmmakers steer clear of that focus, because they're worried they will overly humanize the stalker at the expense of the stalkee.

MS: It's different from Single White Female, where she innocently puts an ad out in the paper and this person takes advantage of her. With social media, the lines have become very blurred. Taylor has put her life out there for all to see, and geotagging, and turning her life into a commercial for herself. When you commodify yourself and turn yourself into a brand, there is some complicity in that. It's not a license for people to invade your life, but it's not quite the same as putting an ad in the paper and having a person show up on your doorstep and take advantage of you. It gets a little murkier when you're putting yourself out there in the way a lot of people do on social media.

AC: Then Taylor's boyfriend Ezra [Wyatt Russell] is on completely the other end of the spectrum, that he's an artist that doesn't even believe in selling his art. It's almost like he's sticking the knife into what Taylor's doing every time he puts a hashtag on a painting.

MS: There's a part of Ezra in myself. I go through phases when I think to myself, "Social media's stupid, and I should just log off Instagram and Twitter, and never go back on, and it's ruining our culture." That's a silly viewpoint as well. Social media isn't going anywhere. It's part of our lives, and I think the better way is to ask, rather than ignore it or pretend it doesn't exist is "How can I use it in a way that is healthy or help shape my own approach to technology that is healthy for me?" 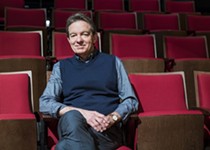