A Good Time With the Safdies 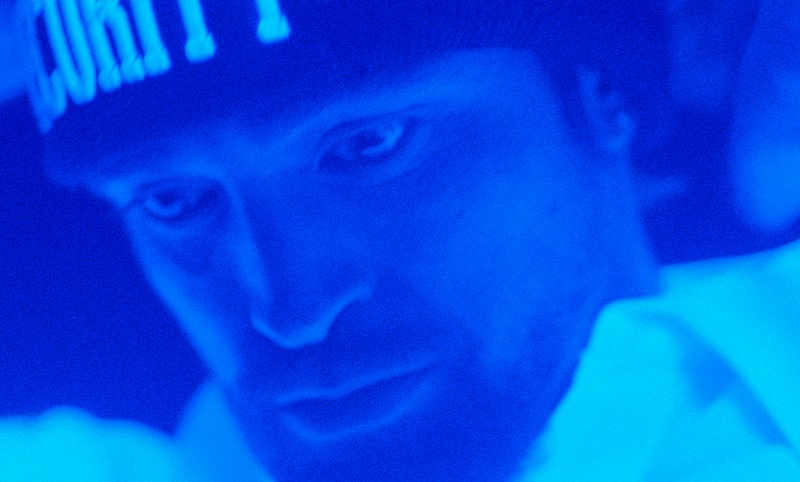 Up close and intimate with Robert Pattinson in Good Time, the new crime drama from the Safdie brothers (Photo courtesy of A24)

There's a saying that film noir is bad people doing bad things for good reasons, and that's true of Good Time's protagonist Connie (Pattinson). He's a perpetual loser, fresh out of jail and back in New York. He wants to save his brother Nick (Benny Safdie, who also co-directed with Joshua) from a life of institutionalization due to his developmental disabilities. However, dragging his brother into a bank robbery is scarcely saving him from the clutches of the state.

It's a man-on-the-run story in the same way as The Odyssey or After Midnight, and echoes back to the Safdies' debut feature, 2008's The Pleasure of Being Robbed, in its grimy, street-level depiction of New York's petty crime scene. By comparison, their fifth film together is their first step into more conventional genre territory – but it is very much still on the Safdies' terms.

That's reflected in Pattinson's participation. Per Joshua, Pattinson saw a single frame from their last film, 2014's Heaven Knows What, and was so struck by their aesthetic that he wanted to collaborate.

With the mega-success of the Twilight Saga at his back, Pattinson has become a creative risk-taker, sought out by arthouse heavy hitters like David Cronenberg, Anton Corbijn, and Werner Herzog. With the Safdies and their longtime collaborator Ronald Bronstein, he poured months of energy and research into developing Connie as a protagonist who robs banks because of more than simple greed. Joshua said, "His scorn for institutional America, his scorn for the bureaucracy of America, comes from being put through the system, it comes from being tagged with the scarlet letter of being a convict, and from having a rough childhood that lead him to making stupid decisions."

“I think people are ready to move on from the idea of exposition, of ‘Let’s set it up spoon-feed you information.’”

By contrast to the creation of Connie, Benny had laid Nick's foundations years earlier. Back in 2010, he was working with Bronstein on another project, on a character called Jordan. Benny described him as "a version of myself, with certain parts exaggerated." After a lot of work and rehearsals, the film never happened, but Jordan stayed with Benny. "He existed inside of me, because it was part of me almost. Then Ronny came to Josh as this script was going on and in revisions, and said, 'Let's take this backstory and attach it to the film,' and that morphed into Connie having a brother."

They started auditioning actors with disabilities as Nick, and while they gave the character the depth and veracity they sought, the brothers hit a moral filmmaking problem. Benny said they feared the ways they would have to shoot action scenes, "We would be pushing them and taking away their agency, and that's not how we wanted to work."

They then auditioned actors not living with a disability, and this felt wrong in different ways. Benny said, "To me, it was offensive. I was like, 'You're aware that you're playing this character,' and you could see them condescending, and I didn't want that." So the casting looped back to Benny. He said, "I could really feel a kinship to the things that Nick wants, wanting to just haul away from society and just do what you want. Once I was going to play him, it was a matter of going all-in, not just play the character but be the character."

Wild in the streets: Benny Safdie and Robert Pattinson in Good Time. (Photo courtesy of A24)

The audience is equally immersed, as one of the first shots is an incredibly tight close-up of Nick. After that, the camera rarely strays more than a few inches from the lead characters for much of the film's duration. For the brothers, that's the end result of a decade of experimentation with claustrophobic intimacy as a tool of character and location. Benny said, "By having all these close-ups, the audience has to piece together what the actual location is. You create your own 3-D map in your own head, and that work really brings the audience closer, and you feel much more connected than you would if you went, 'OK, this is where it is. This is your full shot, wide shot, two shot.'"

That world-building extended to the score by what Joshua called "almost fever-like." Designed by electronic musician OPN (aka Oneohtrix Point Never, aka The Bling Ring composer Daniel Lopatin), Joshua ascribed it to "a philosophy called getting micro, when you break an image down to its microcosmic elements, and attach a sound to each. We would watch a scene and go, 'OK, what is the sound of this, right here?' And we would build that sound."

The brothers express deep faith in the ability of viewers to extrapolate detail, and Joshua pointed to the widespread success of Dunkirk as proof. He said, "There's zero exposition in that movie, to the point where you don't even know who the characters are at times. But that adds to the element of the mass of people, of the experience of being one of 400,000. I think people are ready to move on from the idea of exposition, of 'Let's set it up and spoon-feed you information.' I think, on an everyday basis, people do a lot of deduction in real life, especially when no one knows what's real and what's fake, and fake news this and that. I think people like to do their own detective work."

Good Time is in theatres now. For review and screening times, visit our listings page.