Demon dolls, bad dads, and Lethal Ladies are on the film forecast.

This Week’s Pick: The Glass Castle 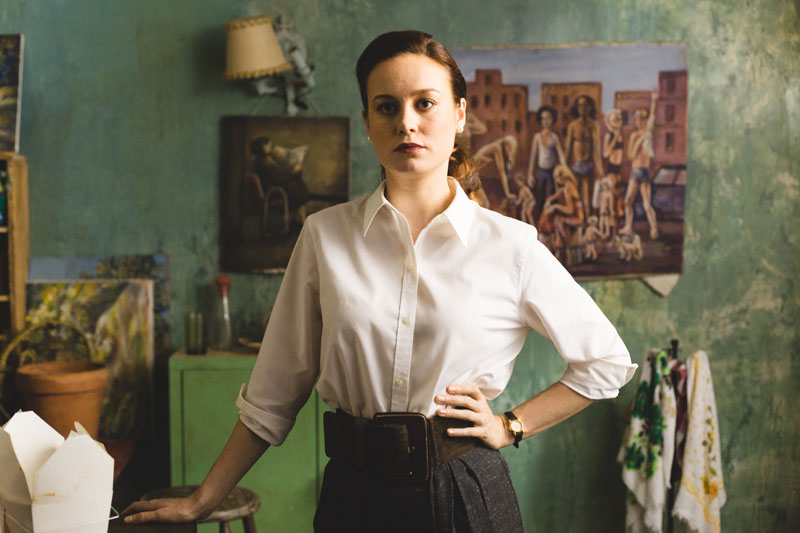 Jeannette Walls' bestselling memoir about growing up in poverty and under the influence of an iconoclastic, alcoholic father jumps to the big screen with Oscar winner Brie Larson playing Walls and Woody Harrelson her troubled father. In her 3.5-star review, Kimberley Jones writes, “Harrelson is both the film’s rock and its millstone. With that mile-wide smile, he seems most at ease when Rex is manic and mythic. But the film’s third-act reach for a redemptive arc plays hollowly, and Harrelson teeters over the line into hillbilly affectation. Still, it’s not enough to erase the memory of Harrelson’s subtler moments, or to ruin what is an altogether worthy adaptation.”

Annabelle: Creation. Josh Kupecki warns: “Steer clear of the latest film in the Conjuring cinematic universe, pre-prequel, directed by David F. Sandberg (Lights Out), which goes back further to, you guessed it, the creation of the evil demon doll.” 1 star

An Inconvenient Sequel: Truth to Power. Marc Savlov: “Never noted for his off-the-cuff humor, Gore’s sense of urgency regarding the politics and the real-time realities of man-made climate change is even more strident yet semi-hopeful than in the first film.” 3 stars

Kidnap. Danielle White gives this generic thriller starring Halle Berry a mixed review: “While the writer of Kidnap probably could have come up with a more imaginative title (perhaps the good ones were already Taken?) the film does just what it says on the box.” 2 stars

Person to Person. Michael Agresta reviewed this indie when it screened at the 2017 SXSW Film Festival: “Following half a dozen storylines over the course of a typical day in the city, Dustin Guy Defa’s Person to Person is a familiar indie archetype and a 16mm love letter to the Big Apple.” 3.5 stars

Step. This crowd-pleaser profiles an all-female step team. Marjorie Baumgarten: “Let’s hear it for the Lethal Ladies of the Baltimore Leadership School for Young Women. … The music by Raphael Saadiq also belongs in the film’s plus column, helping to make Step one of the feel-good documentaries of the year.” 3 stars

Wind River. The Oscar-nominated writer of Hell or High Water makes his directorial debut with this police procedural set on an Indian reservation in Wyoming. Marjorie Baumgarten offers this qualified praise: “In the end, it’s the performances, the unforgiving landscape, and the jagged social milieu that stick with the viewer rather than the story itself." 3 stars

Brigsby Bear. Saturday Night Live cast member Kyle Mooney wrote and stars in this film about a sheltered man whose obsession with a recently canceled children's TV show sends him out into the world. 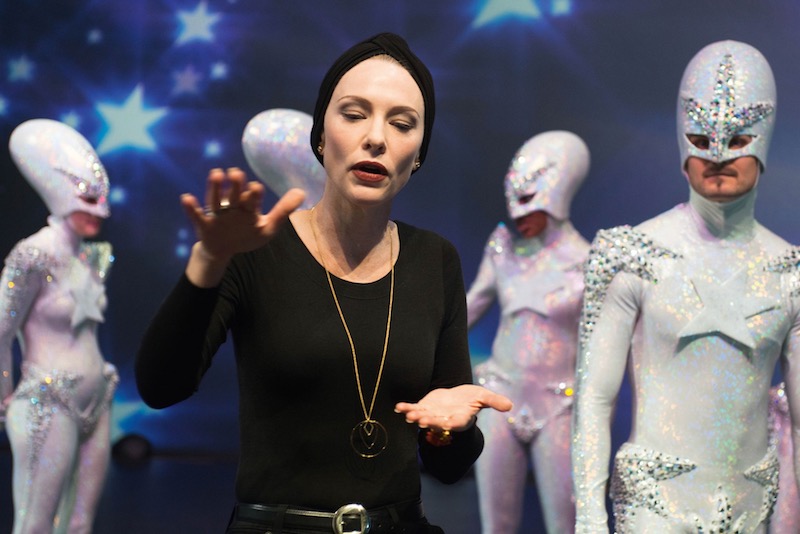 Down here it’s our time. The Blue Starlite Drive-In sends off summer with a double feature of Eighties kids classics, Goonies and The Neverending Story. Friday-Saturday. 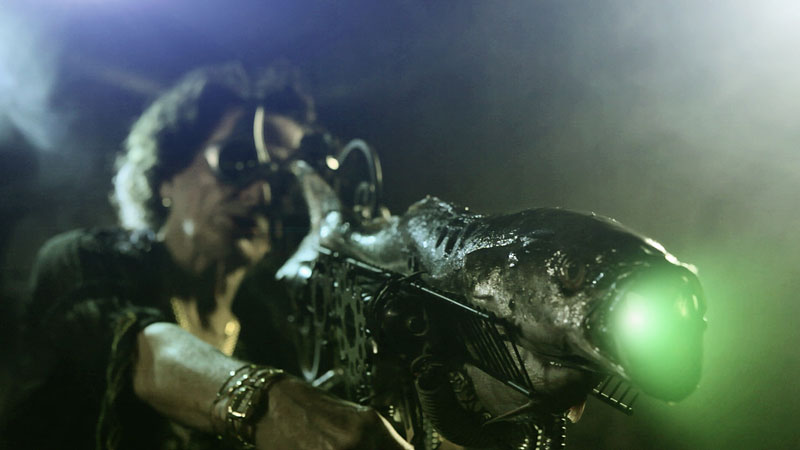 Tales of the Obsessed at the Alamo Ritz. The sweet John Cassavetes film Minnie & Moskowitz follows the courtship of a museum curator and a goofy parking attendant. Saturday, 3pm. 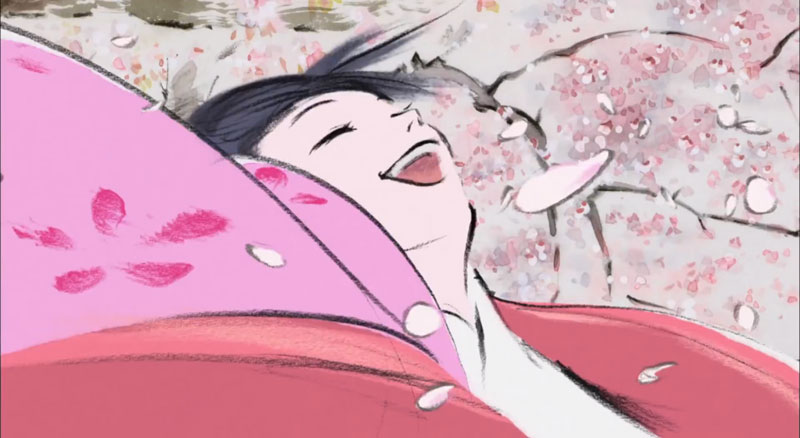 Oita Japan Festival at the Asian American Resource Center. As part of the festival celebrating our sister city, The Tale of Princess Kaguya – a stunningly beautiful animated film from Studio Ghibli – kicks off a week of anime. Saturday, 4pm. 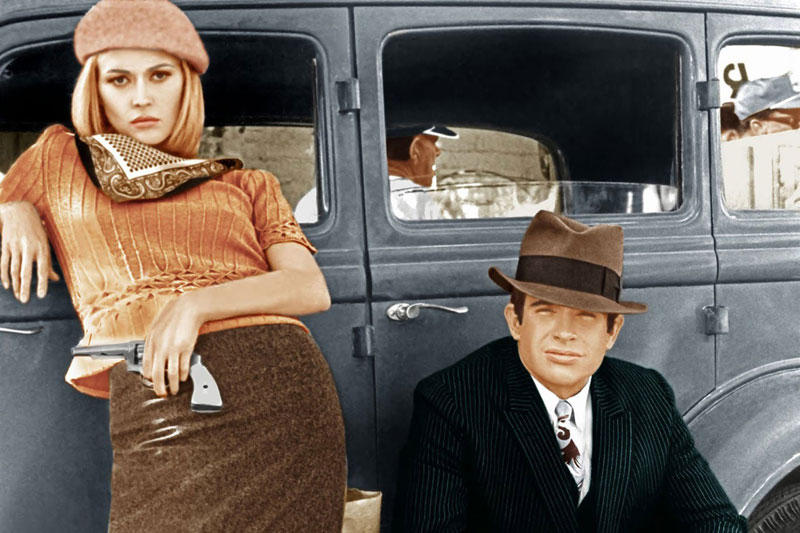 Bonnie and Clyde. Arthur Penn's brilliant camera strategies helped fuel a national debate about violence in movies and the inauguration of a new rating system. Screens Sunday and Wednesday at the Arbor.

Paramount Summer Film Classics. Sunday sees a socially conscious, courtroom-drama twofer at the Paramount Theatre with To Kill a Mockingbird (3:45pm) and 12 Angry Men (6:05pm). Looking for something lighter? Hayley Mills and Hayley Mills get together in the still-charming The Parent Trap (1pm).