On-set in The Iron Orchard 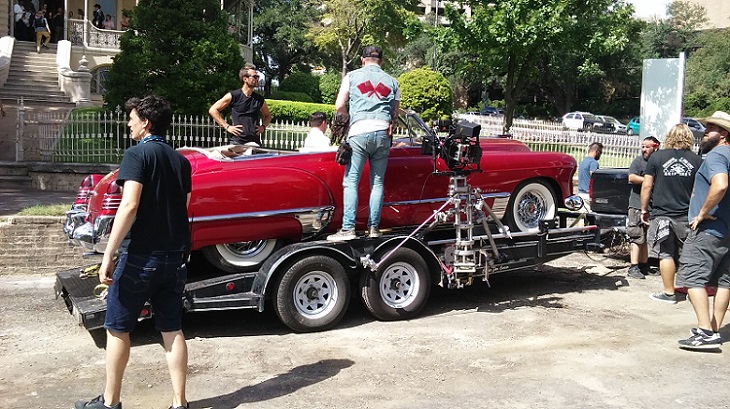 It's hot as sin in Downtown Austin. But even inside the Chateau Bellevue, actor Lane Garrison keeps his hat and tie on. Sticky as it is, he says, it's still cooler than digging a ditch.

It's the last day of shooting for Texas-set and Texas-made period oil drama The Iron Orchard, and Garrison has been there for every one – even, producers Houston Hill and Camille Scioli Chambers, and director Ty Roberts say, when he wasn't on the call sheet. Right now, he's enjoying some downtime in the building (better known as the Austin Women's Club) during a long day's shooting around the corner at the John Bremond Jr. House at Seventh and Guadalupe. That historic mansion (now home to the Texas Classroom Teachers Association) is where Garrison's character is celebrating his wedding day, as his life peaks before a terrible fall.

Being indoors, or even out on the streets with a hint of a breeze from Lady Bird Lake, is a big improvement over some days on-set. Garrison said, "We spent two months in West Texas. It's 110, 112, 115 degrees, and you're doing a movie where you're covered in oil, and you're out on a rig. My character started from the bottom, basically as a roughneck, and learned the business from the ground up. Most of the days were spent cutting flow lines with pickaxes, and we were really out there in the elements. If I look sweaty and miserable in the film, I'm not acting." 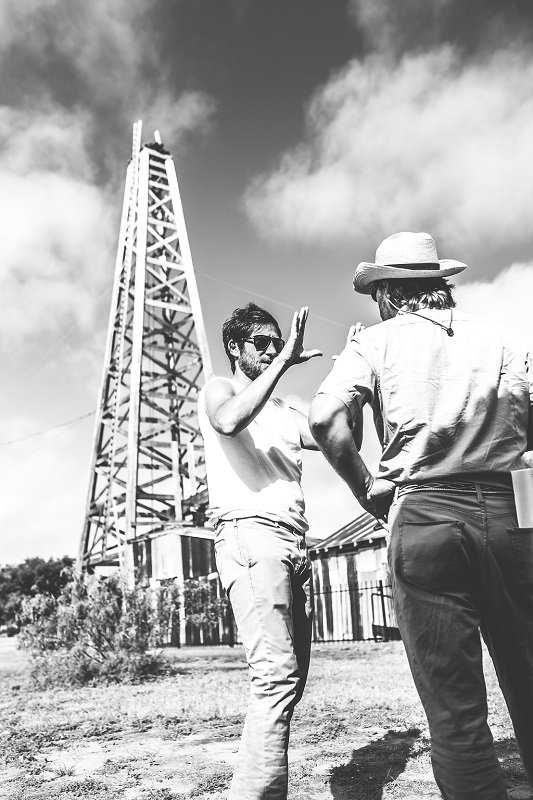 But it's been worth every drop of perspiration for Garrison. "This is a passion project of mine," he said, "and I've done everything in the human realm possible to get this film made."

In this adaptation of the 1966 novel by the same name, Garrison (Bonnie & Clyde, From Dusk Till Dawn) plays Jim McNeely. He's a poor boy making good and bad in the boom years of the Texas oil industry. When a friend gave Garrison a copy of the book two and a half years ago, he immediately recognized the setting. He said, "My father was a roughneck out in Odessa when I was a kid, so I'd known that world and could really visualize it."

Moreover, he saw a lot of McNeely in himself, and vice versa. "Jim McNeely's parents died when he was younger, he didn't have an opportunity to go to college, and the girl he'd loved his whole life was basically from the right side of the train tracks, so they told him 'Get lost,' and he moved out West. That was basically the story of my life. I lost both of my parents when I was younger, and I did not go to college, and I had a woman that I was madly in love with that I always felt was unobtainable, and I moved out West – not penniless, but with $400 saved up."

The book has its own place in Texas history: the author, Tom Pendleton (né Edmund Pendleton Van Zandt Jr.), was the grandson of distinguished Fort Worthian Khleber Miller Van Zandt, and so related to legendary Lone Star musician Townes Van Zandt. The book itself shared the Texas Institute of Letters 1967 Jesse H. Jones Award for Best Fiction Book with another novel: You may have heard of it – Larry McMurtry's The Last Picture Show). However, unlike McMurtry's novel, which made it to the screen in 1971 with Peter Bogdanovich's groundbreaking adaptation, it's taken Pendleton's novel five decades to get a cinematic adaptation.

That's not for lack of trying. Over the years, an admirable roster of headlining actors have been connected to the project: Paul Newman, Clint Eastwood, Tommy Lee Jones, even veteran character actor Lew Temple, who tried and failed to adapt the book himself about a decade ago. He has no hard feelings about Roberts and screenwriter Gerry de Leon managing to adapt Pendleton's massive tome: In fact, Temple is on-set as Ort Cooley, McNeely's loyal right hand man, and calls his involvement "serendipitous. … This was such a wonderful experience for me personally, to come to West Texas and make this movie, to be around the people whose heritage is this story. It is a movie about Texans, made by Texans, for Texans, although it's a universal story: rags to riches, success, failure." 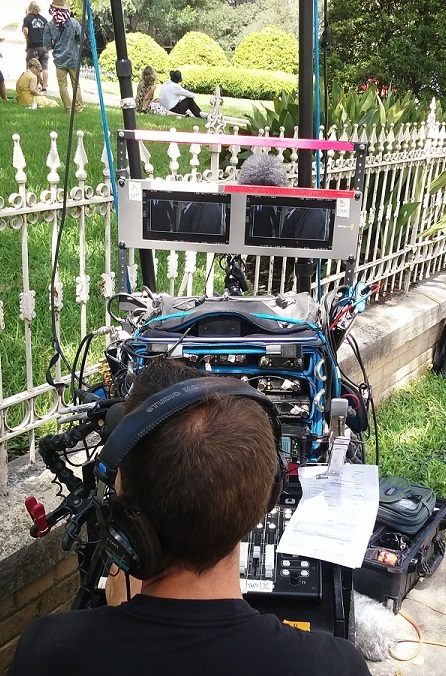 That could have been a huge impediment, especially trying to stretch a small budget out over weeks of location shooting. However, the crew soon found that Texans telling a West Texas story in West Texas opened unexpected doors. Scioli Chambers said, "When we first went out and called and said, 'We're making a movie,' the guy would say, 'We know all about you Hollywood types. We want no part of it.' I went, 'Wait a minute. My daughter was born in Odessa, I lived in Midland, I'm from Lubbock.' These are my people. That's why I wanted to tell this story."

For Garrison, the film's ability to rely upon the kindness of strangers has allowed this period indie to strike it rich. He said, "These guys that are oil tycoons, they opened their ranches, gave us their cars, their land, their homes, their time. These are centimillionaires that volunteered to pull trucks. Guys gave us their oil rigs and their crews."

The Iron Orchard is currently in post-production, and the producers are aiming to be ready for festivals and distribution in 2018. 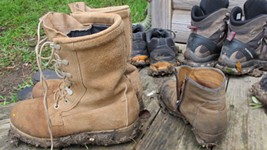