Think your morning commute down I-35 or MoPac is bad? Try spending more than three hours on the road driving to Austin from a city like Dallas or Houston. Thirty-thousand people, termed “super-commuters,” from each respective city did this in 2009 according to a study by NYU's Rudin Center for Transportation. 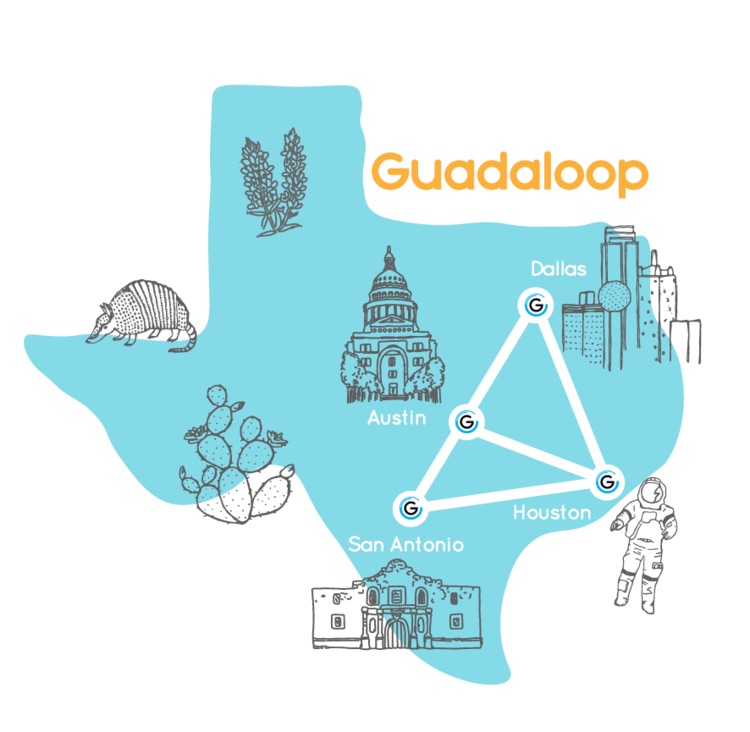 That was eight years ago, and that figure was already twice as large as 2002. The road ahead looks bleak for these drivers, doesn’t it? Not if Guadaloop – a new-age railway from the minds of UT alumni – goes from an idea to a commuter's saving grace.

It’s called the “hyperloop,” and it’ll shoot you through a tube at 700 miles per hour, taking a Dallas to Austin commute down to 20 minutes. If you’re skeptical now, get this: Construction of the tube could begin in less than five years, according to Vik Parthiban, the chief operations officer of Guadaloop.

The group of then UT students formed in 2015 when Elon Musk (of Tesla and SpaceX fame) announced a hyperloop pod design competition. At the time, no one had successfully built and tested the pod that Musk conceptualized in 2013.

The hyperloop design is open-source, and the competition was meant to accelerate testing and development. Musk wants to see his vision actualized globally. Leading companies have already signed agreements with countries like the Czech Republic and Slovakia and are amidst preliminary discussions with others to build hyperloop systems connecting major cities. Though the U.S. hasn’t signed any such agreement, Musk made news a couple weeks ago when he tweeted that his company received “verbal [government] approval” for a New York to D.C. underground hyperloop system.

It’s an understatement to say Parthiban believes in the vision, too: “I think everyone should expect to see hyperloop. Everyone in the world.”

Guadaloop has been working to make it a reality as soon – and as cheaply – as possible. To scale back costs, while scaling the project to Texas' and the United States' notable size, Guadaloop designed something different from those of the leading companies (and from other teams participating in Musk’s competition). Guadaloop's hyperloop doesn't use expensive magnetic technology to aid in pushing the pod through a semi-vacuumed tube (the essence of the hyperloop concept). Instead, it uses air bearings.

Air bearings haven’t been vetted for much else, certainly nothing at the high speeds a hyperloop would require. But Guadaloop had a hunch it would work – and that it could be cheaper and more efficient than any other hyperloop design. Imagine a transportation system fueled by nothing but air – mostly recycled air that has been compressed toward the front of the tube as the pod moves forward.

So, Guadaloop partnered with a company that manufactures air bearings and began researching, building, and testing. They describe their pod as an “inverted air hockey table.” Instead of air coming out of the table, it comes out of the puck. The pod acts like a hovercraft moving through a closed tube system.

At this point, the team has successfully tested their design at low speeds on a test track – around 150 to 200 feet long – at the team’s home base, J.J. Pickle Research Campus. “This just gives us initial data to show that, hey, air bearings can work at higher speeds,” Parthiban says. 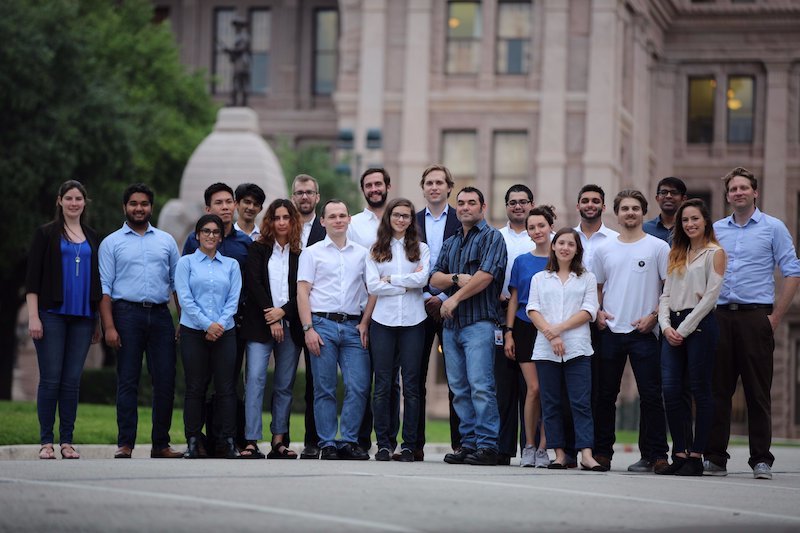 The team’s next stop is L.A. at the end of August to test their pod in Musk’s full-scale track. The team held a fundraiser event last weekend as part of an effort to raise the remaining funds necessary to complete their pod and lug it to California.

If all goes well, Guadaloop could evolve into the company that eventually builds the full Texas hyperloop, imagined as a triangle running through Austin, San Antonio, Dallas, and Houston. Anyone who's braved a rush-hour drive between these cities knows what kind of difference this could make. “We’re at the dawn of a new age of transportation,” Parthiban says. “We have boats, trains, planes, cars, and now we have this hyperloop.”