Writer/director Aaron B. Koontz on the rise of Austin horror 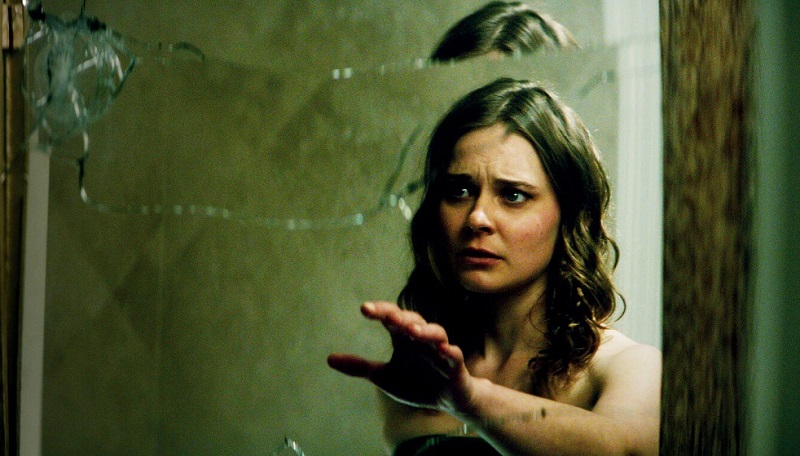 There's a revolution going on in Austin horror, and with his supernatural debut feature, Camera Obscura, writer/director Aaron B. Koontz is part of its blood-splattered vanguard.

Alongside directors like Karen Skloss and Owen Egerton (profiled recently in the Chronicle: read more here), with his movie arriving on VOD, Koontz is bringing a chill to the summer with his tale of a war photographer Jack Zeller (Christopher Denham, Billions) trying to pull his life back together. A gift of an antique camera from his wife Clare (Nadja Bobyleva, Bridge of Spies) seems well-intended, but his already fragile psyche starts to unravel as the lens catches a lot more than just landscapes and family snaps.

For Koontz, it's a way to tackle the issue of PTSD, and its horror is based as much in real-life psychological trauma as it is in the realm of the uncanny.

Austin Chronicle: In Camera Obscura, you have the combination of the mysterious item found under strange circumstances, which is a classic of horror fiction, fused with the more contemporary PTSD element.

Aaron B. Koontz: I'd go so far as to call the haunted item, especially the haunted camera, a trope, because it's had so many iterations. At the same time, this idea of the camera really connected with me. Over the last few years there's been these pretty horrific images coming out of ISIL, and all these horrible things that are happening overseas and even from the States. I was cognizant of being desensitized to the horror of what's going on, but I still find myself all the time, on Facebook feeds or whatever, scrolling through and trying to hide some of the images.

I don't want to see some of the things that we're privy too, and that thought lead to, well, if this is hard for me to look at this image, what must it have been like for the person taking that photograph? What kind of horrors must they go through? I thought there was an idea there of someone who was being haunted by the images they had taken.

AC: You originally touched on these themes in your proof-of-concept short "Aperture." What made you go, "There's more to explore here"?

ABK: A big part of it stemmed out of my issues as a director. In "Aperture," I really liked the core concept that we had, but I don't think we executed it very well. Paper Street Pictures, which is the local company me and a few folks run, we just bit off more than we could chew. We had a great crew and a great cast, but it wasn't executed as well as it could have been, and I take full ownership of that.

“We’re stubborn, and with Fantastic Fest, and South By Southwest, and the Austin Horror Society, and all of these groups, we’re a community. If we stick together, we can have something special.”

I realized that I needed another shot at it, and I realized that it just wasn't meant to be a short. I wrote "Aperture" to be a 15-minute short, and it ended up being a 40-minute short, which is not a short at all. So I'm like, "OK, this is just not working. What am I trying to do? I'm trying to squeeze way too much in here." So we decided to add a few other elements in and really do this right.

AC: You recently got a chance to spotlight Austin's horror scene as a guest columnist at Bloody Disgusting, highlighting this growing scene of filmmakers.

ABK: In L.A. and some of the bigger cities, you have all these people around you who are in it. I knew I wasn't alone, and I knew these people were out there, so I started a group and we get together every couple of months, and we have drinks and we share resources, and we share stories, and we give each other advice, and now we're producing each other's works, and we're passing actors back and forth.

I just bought a house here, and everyone told me to move to L.A. I have great opportunities if I move to L.A. right now, and there's a bunch of us all getting tugged, but we're stubborn, and with Fantastic Fest, and South by Southwest, and the Austin Horror Society, and all of these groups, we're a community. If we stick together, we can have something special.