Buoyed Up by A Life in Waves

A life in electronic music captured this weekend at AFS 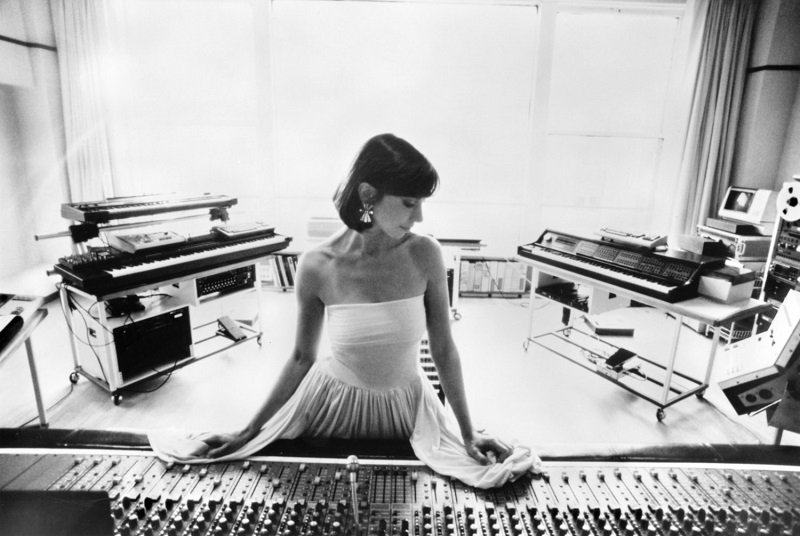 Suzanne Ciani, the subject of music documentary A Life in Waves, screening at AFS Cinema this weekend (Image courtesy of Window Pictures)

Brett Whitcomb dabbles with keyboards, but Suzanne Ciani, subject of A Life in Waves, understands them. For most musicians, he said, "You plug stuff in and you make a sound, and you're like, that's cool. She approaches it as, I want to make this kind of sound, and then she physically programs the modular to make it. She truly engineers her sound."

The portrait of avant garde/new age/electronica/ambient pioneer Ciani, which debuted at SXSW earlier this year, is the latest collaboration of two Texas documentary constants, director Whitcomb and writer/editor Bradford Thomason. In 2009, they experimented with electronic music of a different flavor in the animatronic oddity The Rock-afire Explosion, about the famous mechanical band of Showbiz Pizza Place. In 2012, the duo examined women fighting for a place in a traditionally male-dominated art form in pro-wrestling doc GLOW: The Story of the Gorgeous Ladies of Wrestling (which inspired the recent Netflix dramedy smash GLOW). Thematically, A Life in Waves ties their previous works together, depicting a female pioneer in the world of electronic music.

The project began when Thomason was digging through record store shelves, and came across Ciani's 1982 album Seven Waves. He said, "It was this electronic, new age hybrid. It was really beautiful, really mellow, really special."

He shared his find with Whitcomb, and the pair immediately realized this was something different. Whitcomb said, "We were always into electronic music, like everyone else, like Aphex Twin and Boards of Canada, but Suzanne's music had that quality of purely instrumental music that sounds like somehow it was close to nature, but was created with computers."

The more they researched Ciani, the more fascinated they became. Unlike many of her electronica peers, who either came from an engineering or a rock or dance background, Thomason said, "She was classically trained. She loved Chopin. To bring that to the modular was very unique."

“It’s not like, ‘Oh, she did all this cheesy ad work.’ She did all this amazing ad work that is stuck in all of our subconscious, and we didn’t even know it.”

Their newest work quietly captures the massive influence that Ciani has subtly enacted on culture. It's not the five Grammys, or the multiple lifetime awards, or being the first woman to compose a score for a major Hollywood film (1981's The Incredible Shrinking Woman). It was also her work as a sound engineer and designer, creating the aural effects for iconic TV commercials and pinball machines. Even if you've never heard one of her compositions, you've almost definitely heard the sound of a Coke being poured, and that was her work. Whitcomb said, "She was never pretentious about what she did, but the work that she did, she would always put 100 percent of herself into it, and always gave it her style. When we're talking about that in the film, it's not like, 'Oh, she did all this cheesy ad work.' No, she did all this amazing ad work that is stuck in all of our subconscious, and we didn't even know it."

Thomason added, "She was taking this thing that nobody understood, and making a job out of her art, but at the same time able to push all kinds of boundaries."

So A Life in Waves allows them to catch her at her most earnest and engaged, and most guarded and discreet, balancing her isolated quirkiness with her gregarious kindness, but, most of all, to evoke her creative vivacity. Whitcomb said, "There's one time where we were talking about how old all of us were, and she literally forgets how old she is, because she doesn't want that to be any reason why she's not making music. Age and time periods to her are just there, and she's a little bit hesitant to talk about times like they're gone. She just wants to talk about things in the now."

AFS has added five more screenings of A Life in Waves running July 29-Aug. 2. Visit our listings page for times and tickets.

The film will also be available on VOD, starting Aug. 4. Visit www.alifeinwaves.com for more info.