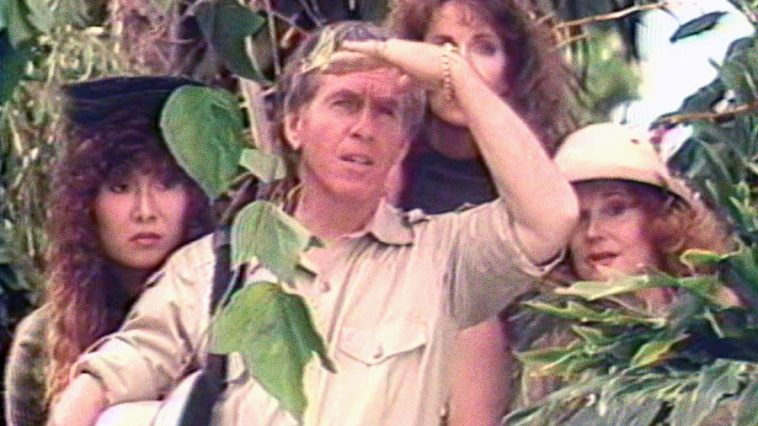 James Bryan was behind the lens, on set, and in the editing room for low budget movies' most impactful transition. From sexploitation reels to drive-in horrors and video ninjas, he survived the sleaze cinema revolution from 16mm grindhouses to omnipresent VHS.

Austin Chronicle: You collaborated with Renee Harmon on so many occasions: How did you first get to know each other?

Jim Bryan: I met her in Hollywood, in the early Seventies. She'd come from El Paso, where she had worked on the military base with officers' wives. Her husband was a colonel with surface-to-air missiles, trained a lot of NATO people, so she had plenty of wives of other officers and they would do something theatrical. That's how she kept her hand in, and when she moved to Los Angeles she started working with actors, and teaching. She got a few parts, and decided to use her actors to do her own film. That way all her actors could have some experience and have a reel to show producers and casting agents.

AC: So where did you meet?

JB: In Los Angeles there was a post-production house, Scottsound, sort of a mixing studio. [Owner Bruce Scott] sold all kinds of gear. If you wanted something, he knew exactly where it was, and that's where all the independent people went to do their sound.

When she got her script together to do Lady Streetfighter, she came to see him to get a sound deal. She had a very limited budget, and he told her, yes, that he could help her. She needed someone to help him, and I was around, so he recommended me. I had done lots of work there with him, worked on different films. She got my number, and we started doing it. 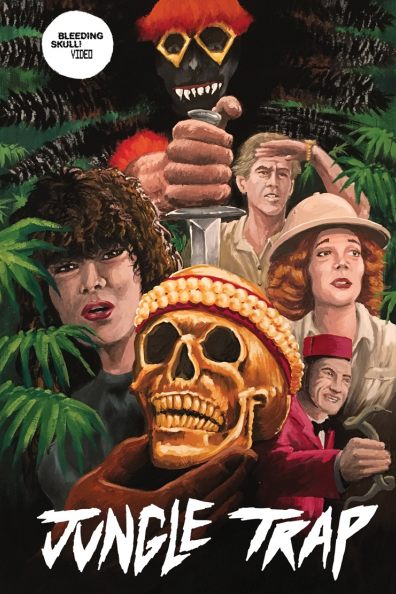 AC: A lot of people look at the late Sixties through to the early Eighties, when you were working, as a golden era of exploitation and sexploitation, with the big change being the format, from 16mm and 35mm to VHS. What was it like working in those low-budget trenches, going from one film to the next?

JB: I look at it as picking fruit. You went from one harvest to the next. There were a lot of places where people would meet, and exchange information, and look for scripts, and look for jobs, to see who had a production going. Scottsound was one of those places. There were all kinds of connections that you tried to make, and that was one that was always easy, because they always had a coffee pot going, and they always had a film to do, and little jobs. He knew what was going on, and you could stay connected. That's how he made his money too, because he stayed in touch with all these people who had a projector or cameras, or needed an editing machine.

What they started doing, because they had loops in the bookstore chain – you put a quarter in and you could watch a loop – they would shoot the still shoot for the magazine, and then they had a 16mm camera and they would shoot footage for the quarter machines. But the quarter machines were old and rickety, and they were always tearing up the film, so they spent more time repairing the loops than anyone else.

It was Bruce Scott who told them what to do. "I can get it repaired, I can find you another one, but really the best thing that you can do, if you want repeated showings like that, is get one of these three-quarter inch video decks, and transfer your 16mm to video. When you put a quarter in, it won't chew up the film as bad, it'll last much longer, and then you can always make a cheap copy." So that's how they started.

When I was there, I was one of the people who would take the copies from Bruce's shop to Caballero Control. Whoever was around would get to do jobs here and there. It was, "OK, do you have a truck? Can you go do this?" "OK, sure."

AC: Speaking of video, you got on the wrong side of the whole video nasties scandal in the UK when Don't Go in the Woods was prosecuted under the Obscene Publications Act.

JB: At the time, I didn't even know. I was in L.A., and they told me there's some problem in England. I didn't know it was a big deal, except that some of the cast were on a cruise. They were coming back from England, and kids on the cruise ship recognized them, so they were very shocked that people knew who they were.

That was about the time that (actress Angie Brown) was in England, and she was living with Christopher Monger, who made The Englishman Who Went up a Hill but Came Down a Mountain. They were making a TV series (1986's Mae'n Talu Withe, a TV movie for the UK-based Channel 4 Films), and their opening night was when all the posters appeared for Don't Go in the Woods on the London underground, and she was freaked. She thought people would recognize her, and she was working on the other side of the video nasties at that time, working on the approved films. 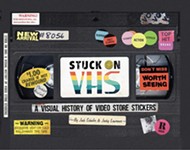 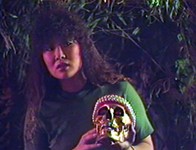 One in a Crowd: Jungle Trap
VHS madness needs a little help to get on tape