Where to Watch Game of Thrones’ Season 7 Premiere in Austin

Local watch parties, plus GoT trivia nights and menu specials

By Kimberley Jones and Jennifer Murphy, 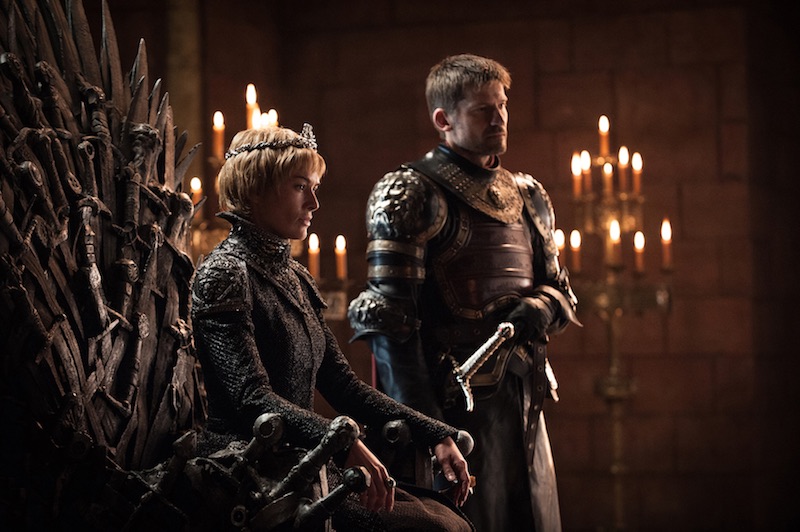 Time to put to bed all those 'shipper fantasies of Jaime and Brienne, Jaime and Bronn. All signs point to the Kingslayer being back to breaking bad. (Photo by Macall B. Polay/courtesy of HBO)

Because incest, patricide, and Melisandre’s witchy ways are best enjoyed in the company of fellow Game of Thrones fanatics, you’ll want to get to one of the many Austin watch parties scheduled for HBO's season 7 premiere on July 16.

But you don’t have to wait until Sunday to get your GoT on. While we're currently ear-deep in The Ringer's Binge Mode recap podcasts and chasing every book deep-dive and trailer breakdown YouTuber Alt Shift X is into, plenty of local businesses are pre-gaming the premiere with season 6 refresher screenings, themed trivia nights, beer tappings, and more. We round up what Austin by Westeros has in store. 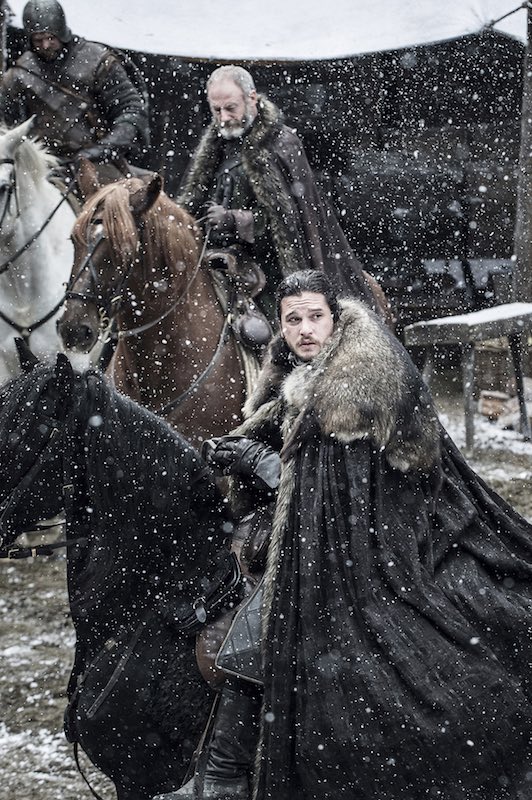 Winter is coming … and yeah, we could really use the cool snap. (Photo by Macall B. Polay/courtesy of HBO) 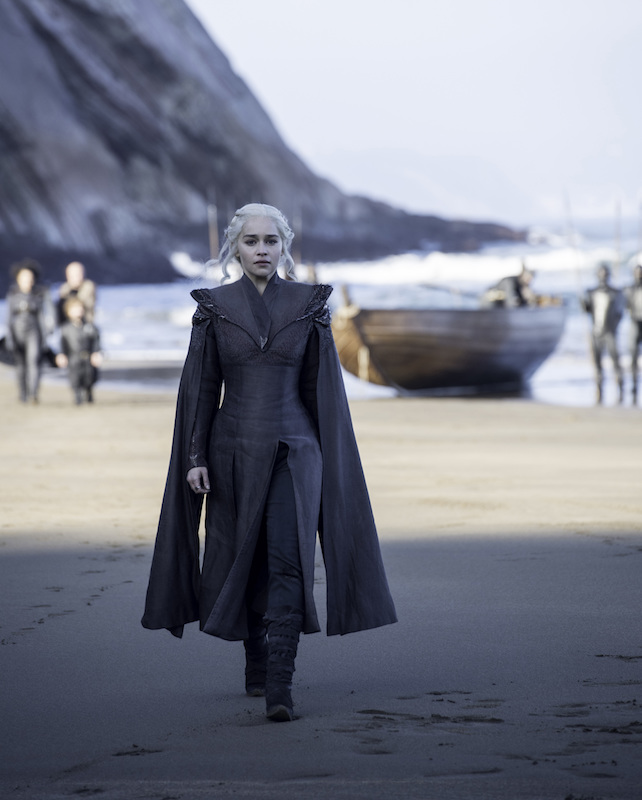 Here's a season 7 prophecy. Some guy, somewhere, sees this promo image and mentally notes: "Baller shot for my 'Lean In' PowerPoint presentation." (Photo by Macall B. Polay/courtesy of HBO)

3ten ACL Live
310 W. Willie Nelson Blvd., Ste. 1-A
Trivia and cosplay best-in-shows will be awarded prizes at this all-night, all-ages affair. Season 6 rewind “The Winds of Winter” screens at 7pm on a 20-foot LED video wall, followed by a costume and trivia contest at 8:15pm, a five-minute series recap video at 8:25pm (bravo to the editor – that is a lot of 7 Kingdoms lore to cram into five minutes), and season 7 curtain-raiser “Dragonstone” kicking off at 8:30pm.
Sunday, July 16, 7pm The dragon has three heads – and we think this Emmy Award-winning mug would look especially fetch barebacking Rhaegal or Viserion. (Photo by Macall B. Polay/courtesy of HBO)

Whip In
1950 S. I-35
Whip In will tap the latest beer collaborations of HBO and Cooperstown, N.Y., craft brewer Ommegang: Bend the Knee golden ale and Valar Dohaeris Belgian-style tripel. (Fun fact: “Valar dohaeris” is a High Valyrian saying meaning “all men must serve,” and is the traditional response to “valar morghulis,” or, “all men must die.” But if you’ve made it this far, you probably already knew that.)
Friday, July 14, 5pm-10pm


Hideout Theatre
617 Congress
Guessing what batshit-crazy thing is going to happen next on GoT is half the fun. To that end, the comic crew at the Hideout will do a weekly 7:30pm improv show called “Next Week on Game of Thrones” ($10 entry), followed by a free episode airing of what actually happens at 9pm.
Sundays, 7:30-10pm

Did we miss anything? Email kjones@austinchronicle.com with subject: "Game of Thrones."

SXSW Panel: Game of Thrones Showrunners
Sansa or Arya? The truth comes out at the panel for the popular HBO show.