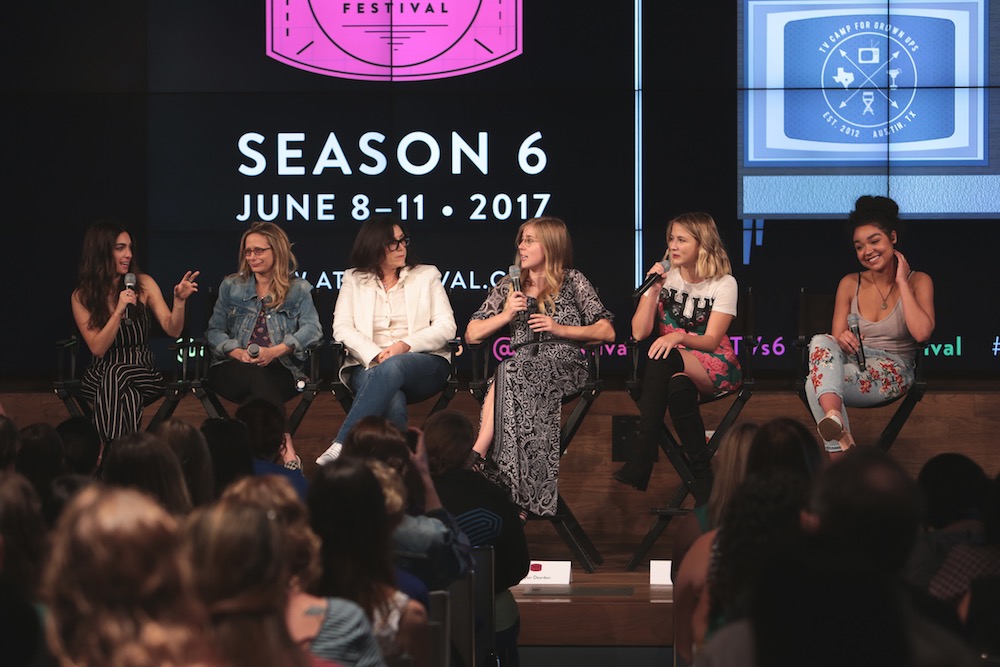 You might be tempted to file MTV’s now-cancelled Sweet/Vicious under “gone too soon,” but judging by the diehard crowd that assembled for ATX Television Festival’s Saturday panel, the fanbase isn’t ready to let this one go.

“This show, and shows like this, are 100% why we do this festival,” Executive Assistant & Festival Coordinator Jennifer Morgan said in her introduction, the resonance not lost on the audience – a largely female one, attending a festival founded and staffed by women. “We’re not giving up. You should not give up on it. This is not the end of Sweet/Vicious.”

To the raucous applause of fans, Sweet/Vicious’ pilot was screened before cast and crew took the stage. Bearing some of the same righteous vigilante DNA of Veronica Mars and Buffy the Vampire Slayer – and, notably, the same special ability to deploy humor in tackling tough subjects – the pilot introduces Jules (Eliza Bennett), a sorority sister secretly moonlighting as a crimefighter targeting sexual offenders on campus, and Ophelia (Taylor Dearden), the wisecracking pothead hacker who stumbles onto Jules in the middle of an ass-kicking and eventually joins forces with her.

The panel began on a light note, with the leads describing how they were first cast. Bennett, in her native accent, recalled the long audition process to get the part of the American Jules. “I self-taped from England twice.” Dearden, whip-crack with the jokes, acted mock-surprised: “You’re British?!”

Dearden had a shorter audition process, brought in only once for the part of Ophelia. When she screen-tested with Bennett, “the magic happened,” said Dearden. Bennett recalled telling her future co-star she hoped they’d be cast together: “I said, if it’s me, I hope it’s you.”

The conversation turned more emotional when it came to discussing the show’s empathetic and ongoing consideration of sexual assault – itself a rarity in television. (Just as unicorn-rare: the all-female producing team.) Bennett was moved to tears when she recounted that it was only in doing research for the show that she discovered half of her friends had experienced sexual assault. “I just think it’s everywhere and we have no idea.” 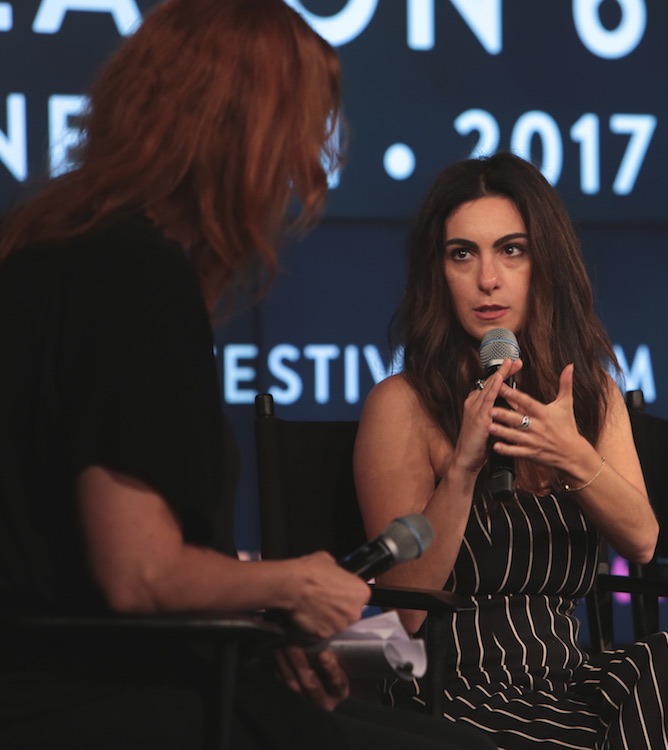 Show creator Jennifer Kaytin Robinson spoke passionately about the response from survivors: “It’s been incredible. It’s weird to say ‘incredible’ because thousands of people have told me they have been sexually assaulted, which is horrifying.” But the feedback she got was that survivors felt validated by the show – that in seeing their experience reflected onscreen, they had “been heard.” As Robinson put it: “We were able to grab through the television and say, you fucking matter.”

The show’s producers made a point of stressing that the show’s cancellation was not a rejection of the subject matter, but of “regime change” at MTV. As exec producer Stacey Sher eloquently described it: “The disconnect between the business and the heart sucks.” But cancellation in this day and age is not necessarily the end of the line. They said, “We found four studios [interested in producing the show] – and all we need is a network home.”

A campaign is under way to keep the show going, via Twitter – #savesweetvicious – and a Change.org petition to convince Netflix to pick up the show. But Robinson made it plain that no matter what happens next, the mission of the show and its creative team would continue. “You are valid. You are heard. Sweet/Vicious or not, I’m not gonna stop telling these stories, and neither is any woman on this stage.”