ATX Television Festival: The Presidents of the State of TV

Network heads on how to make a breakout show 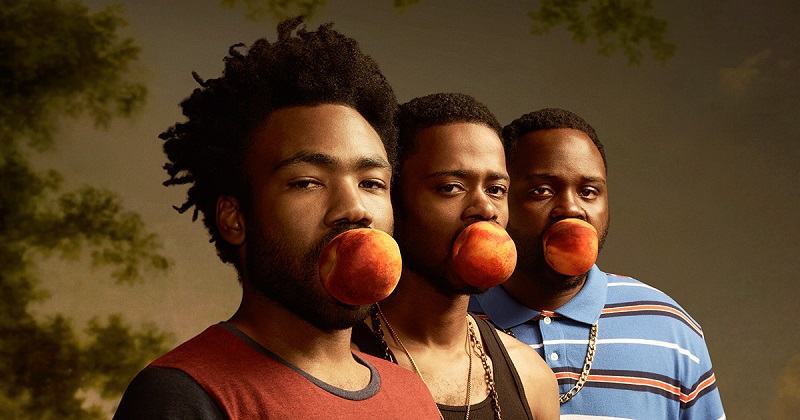 A case study in success: FX's Atlanta, one of the breakout hits of peak TV covered in Friday's network presidents panel at the ATX Television Festival. (Image courtesy of FX)

ATX Television Festival has built its reputation on stars and shows and writers and directors. This year, the studio elevator went all the way to the top floor with five network presidents present. As festival founder Emily Gipson explained, "Panels like this don't happen very often."

Gipson noted that this has been a dream gathering since year one, finally building from just the people they knew in TV, through them to the networks, and finally up to network presidents. Or, as moderator Debra Birnbaum of Variety described them, "the presidents we like."

It was an undoubted powerhouse gathering: Hulu head of content Craig Erwich, NBC's president of entertainment Jennifer Salke, HBO head of programming Casey Bloys, FX president of original programming Nick Grad, and Showtime programming president Gary Levine. All five have been part of what's been called "peak TV": a vast number of scripted series (an estimated 400-500 between broadcast, cable, streaming, and subscription services), with some of the best-reviewed shows the medium has ever seen.

For Salke, the idea that anything can break out in that environment is slightly astounding, and even more astounding to watch. She said, "These shows are contagious. You feel them in the halls, and they will find a space even if there's a thousand shows."

Not that such successes can be predictable, even when the network knows they have something special. Grad had high hopes for Donald Glover's Atlanta, but did not predict the word of mouth would make it a success in season one. "I expected that to happen in season two, which happened with Louie and Archer and It's Always Sunny."

“These shows are contagious. You feel them in the halls, and they will find a space even if there’s a thousand shows.” – NBC’s Jennifer Salke on the giants of peak TV

For Bloys, the key word is relevancy: something Hulu has struck hard with its adaptation of The Handmaid's Tale. First-run ratings now only count for about a third of a network's calculations around a specific show – and, he continued, will only mean less as time goes on. He said, "We want to be in the conversation. We're a subscription business, so we need people to be talking about us."

Not that ratings are meaningless: as Salke explained, those first-view numbers can still keep her up at night. However, a .7 rating is no longer an automatic trigger for cancellation, as long as the product is still strong, or is picking up steam, or there is another path to monetization, like digital or international sales. On the flipside, that makes knowing when to cancel a show a much more complicated decision. She saw the kill point as "when a show is pushing a rock up a hill" – no loyal fan base, financially upside down, and a struggling showrunner.

Yet, just because a show is good, that doesn't mean every show is a good fit for every network. Salke was able to use the strength of This Is Us in its own right and as an addition to the NBC portfolio to get past potential fiscal resistance to it not being an in-house production. Meanwhile, as one of the newer competitors in the market, Bloys said Hulu had defined its identity by scheduling good content and then "joining the dots."

For Levine, network brand identity should never be "a funnel that you have to squeeze things through." That's why Showtime can host both Billions and Shameless, because what makes them right for his network should always be "something deep within the DNA."