Which films and TV shows quit Austin over lack of rebates? 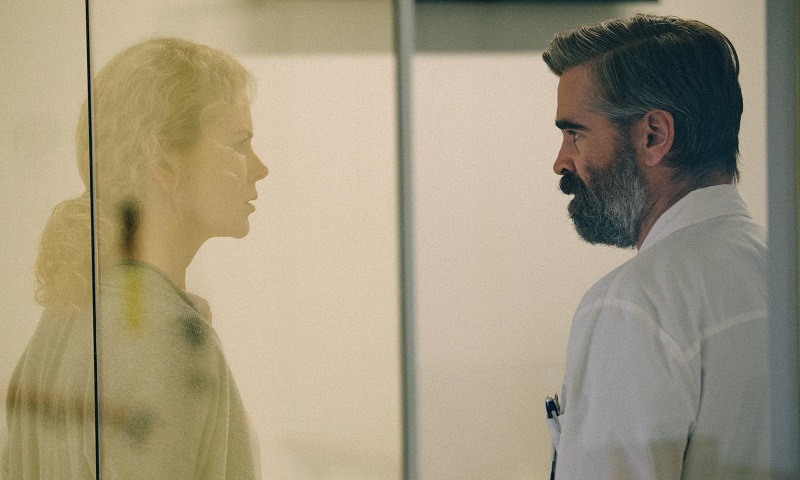 The Killing of a Sacred Deer, one of a list of high-profile, job-creating productions that considered shooting in Texas, but went elsewhere. Industry advocates fear that, unless Texas lawmakers renew funding for the state's film rebate program, more projects and jobs will be lost to other states.

With the Legislature's budget arguments almost done, the film, TV, and video-game industries nervously await the fate of the Texas Moving Image Industry Incentive Program (TMIIIP). Many fear that, having already lost TV shows like American Crime and The Leftovers, more productions will quit the state.

Business incentive programs have been under the gun in Texas after a series of scandals surrounded the Cancer Prevention and Research Institute of Texas, and the Texas Enterprise Fund. Yet TMIIIP has always been a different beast: scandal free, and with a proven return on investment and job creation.

Funding for the project has fluctuated wildly since its inception in 2005 (see graph below). However, after broad expectations that funding would increase or at least stabilize this session, the Senate cut TMIIIP funding completely, while the House went further, defunding TMIIIP, as well as the Texas Film Commission, and the Texas Music Office.

The budget is currently being finalized by the bicameral budget conference committee, so there is still a chance that TMIIIP and the Texas Film Commission could be saved. However, even if lawmakers do restore funds, then it will just be another episode in the program's volatile history. 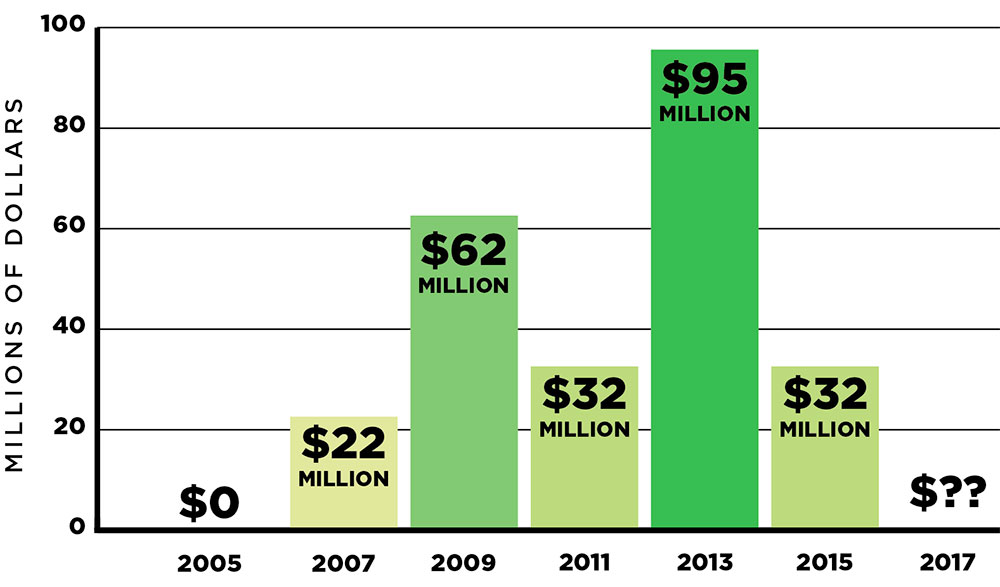 Concerns about funding levels have already had a marked impact on in-state production. Alongside shows like From Dusk Till Dawn that relocated after the 2015 drop, there are projects that were considering shooting in Texas, but went elsewhere. The list includes:

• The Killing of a Sacred Deer by Yorgos Lanthimos (The Lobster), which shot in Ohio and debuted this weekend at Cannes

• The History Channel's Six, which chose North Carolina and California instead

These are just more instances of a history of lost production, with galling examples such as Shreveport or Detroit filling in for Austin. While incentives may not be the only reason productions left or chose to shoot elsewhere, it has been a regularly stated part of the decision-making process.

TMIIIP's supporters argue it has had a proven positive impact. Since 2008, eligible productions have spent $761 million in the Austin area alone (including Travis County, plus Bastrop, Bell, Blanco, Burnet, Caldwell, Guadalupe, Hays, Lee, Llano, Milam, and Williamson), creating 77,050 jobs, and receiving $125.3 million in rebates – a six to one return on investment.

However, the program has been limited by the amount the Legislature has appropriated and, after only 16 months of the biennium (ending March 13 of this year), the allocation for this biennium was already almost gone, proving how high demand for the program is. However, it does add extra statistical ammunition for those that link remakes, production and employment, as shown by numbers in the Austin area.

While the program is commonly referred to as film incentives, it's built to encourage longer-term employment, rather than a few days or weeks of a movie shoot. The number one recipient sector has been TV, with a total of $298 million in spending in the Austin area since 2008, followed by game development ($235 million), followed by film ($193 million), and finally commercials ($34 million).

Breaking down the numbers by biennium, the impact of curtailed TMIIIP funding becomes obvious. In 2012-13, the rebates to Austin-area productions went down $4 million (18%), and rebated spending went down $35 million (23%). The following biennium, local rebates went up $35 million (184%), and rebated spending went up $163 million (134%). So while it's not a one-to-one correlation, and the figures do not account for none-rebated production, it's undeniable that there is a correlation between rebates, production spending, and jobs.

The Austin Film Commission estimates that the 2015 drop in TMIIIP funding has already cost the region between $200 million and $250 million in production spending. If the conference committee leaves the TMIIIP coffers empty, industry advocates fear those losses will only increase.

This isn't just an Austin-area concern. There are already mounting fears that, if the Legislature doesn't fund TMIIIP for the next biennium, then Fox's new X-Men spin-off show The Gifted, which shot its pilot in Dallas, could move out of state for the first season. If Texas sends a message that it's not friendly to filmmaking, then it could be, if not the first of many lost productions, then the warning sign of the next wave.

Update: On May 25, the Dallas Film Commission confirmed that The Gifted will not be shooting in Texas. Locally, Austin has now lost Jason Ritter's ABC sitcom The Gospel of Kevin. Both shows are relocating to Georgia.