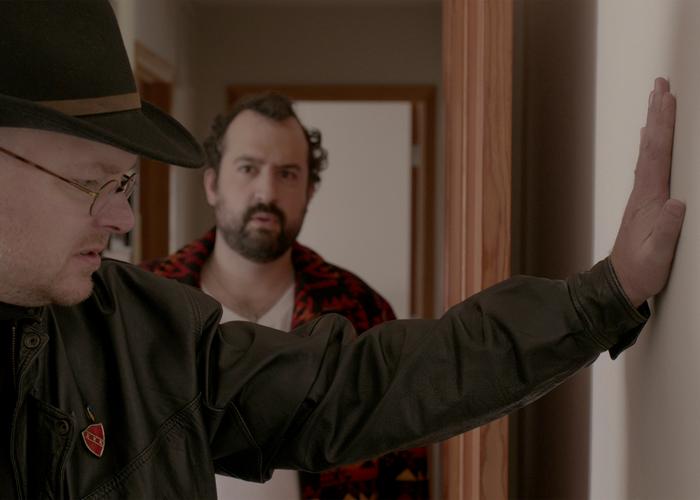 "Having gone through a break-up, which everybody has, it's very hard to work. What would it be like to be a ghosthunter and go through that?" Carson D. Mell on his very unlikely ghostbuster Os (Mark Proksch, left) in Another Evil, out on VOD today.

If there's something strange in your neighborhood, calling a needy, dysfunctional, arrogant ghostbuster might not be your best solution. If you do, you might just be opening your home to Another Evil.

The supernaturally tinged dark comedy (which received its world premiere at SXSW 2016, and reaches VOD this week) starts off like every traditional haunting story. A family moves into a house, only to find that there are spirits there. So what are they supposed to do, just call a ghost hunter?

Well, yes. In this world, exorcists are basically independent contractors, and like any contractor, there are the good ones and the bad ones, the ones with the harsh chemicals and the all-natural ones. After a run-in with exactly the wrong spook scarer (Veep and Legit's Dan Bakkedahl, in a hilarious turn), abstract artist and new homeowner Dan (Duplass brothers regular Steve Zissis) thinks he's found the right guy for the job in Os (Mark Proksch, Better Call Saul, Son of Zorn). He quickly finds this may be the worst hiring decision since Richard Dreyfuss took on Bill Murray as patient in What About Bob?

Writer/director Carson D. Mell established his scriptwriting credentials on Eastbound & Down and Silicon Valley, which contain his love for humor with "a British dryness to it" (in fact, the first market to buy Another Evil was the UK, which happened the day after its SXSW 2017 debut). However, his feature debut has been haunting him for over a decade. The story, he said, "is nothing like the first draft." The underlying mechanic, of being unwillingly sealed away with someone convinced of their own supernatural genius, was the same, but "it wasn't about a ghost hunter. It was about a group of friends, and one of them has a dream about a terror attack."

That was back in 2003, and Mell admits he just could not get the script to click. The story was there, and he had the germ of a protagonist, in a combination of himself and his father. Mell's dad is actually an artist as well (Mell called him "my art guru") but unlike Dan, he's actually a landscape artist, opening up the script for a few pops at the questionable creativity behind some contemporary and modern art. In the interaction with the supernatural, Dan "is more of a stand-in for me. How I would feel my way through this experience?"

“Having gone through a break-up, which everybody has, it’s very hard to work. What would it be like to be a ghost hunter and go through that?”

What it lacked is an antagonist. Mell said, "For me, you need both elements – a character and a story. Anytime I've been impatient and started working on a script before that, I'm not going to be as enthusiastic." What he was looking for was the moment "when one of these characters walks out of the mist into my brain. Os popped into my head, and then I was able to start writing it."

The idea was simple: Try as they might, everyone inevitably brings their home life to their job. Mell said, "Having gone through a break-up, which everybody has, it's very hard to work. What would it be like to be a ghost hunter and go through that?" Once that element was in place, "it would all make sense. The way he would dress, and the amount he would drink, and what he would drink, it all started to accumulate."

The problem then was making sure that he had the right Os. That's when a friend showed him a video of K-Strass the Yo-Yo Man, a guy in the Midwest who would claimed to be a yo-yo champion, would get invited onto local new shows, and then botch the simplest tricks. Initially, Mell was appalled. He said, "I didn't know it was comedy, until a minute in, and then I knew there were so many things that were so funny that I knew it had to be deliberate."

K-Strass was actually Proksch's guerrilla comedy act, and Mell was immediately entangled. He said, "The type of humor that I like the most is where the actor gets so lost in the character that the audience thinks that's how they are. I hate when there's a little hint of, 'it's OK, I'm still cool.' [Proksch] fully embraces the geek."

As a proof of concept, the pair got a turtleneck and a $100 camera, "and we just went into the bowels of the Glendale Galleria and did a fake ghost show together called Ghost View, and it was just a little three minute improv." As with K-Strass, Proksch understood that the character could never be in on the joke, and that was essential to Mell. He said, "I couldn't raise the stakes without that hint of seriousness."

Another Evil (Dark Sky Films) is out on VOD today. Also out now: 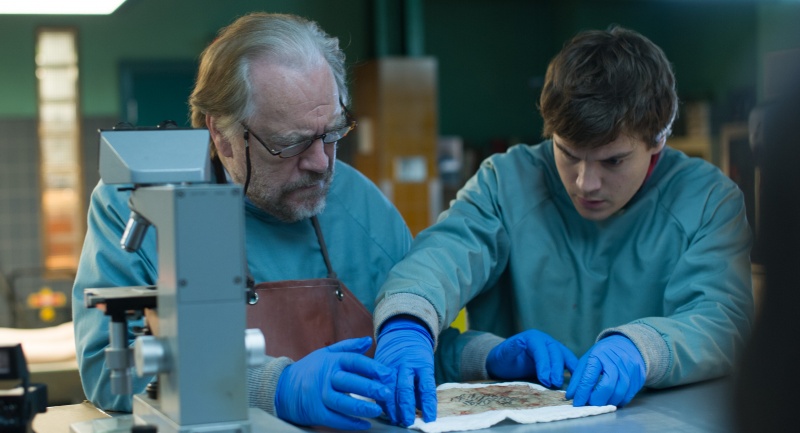 The Autopsy of Jane Doe (Scream! Factory) arrives on DVD and Blu-ray this week as a Walmart exclusive, before getting a broader release on June 27. While it's maybe a little hard to recommend running out to the store that killed Main Street USA, there are no such compunctions about the English-language debut of Trollhunter director André Øvredal. His slow and sinister unraveling of a bizarre mystery hidden in the titular corpse by father-and-son mortician team Brian Cox and Emile Hirsch melds CSI-esque procedural with a surprising horror component too delicious to reveal (read our Fantastic Fest review here). 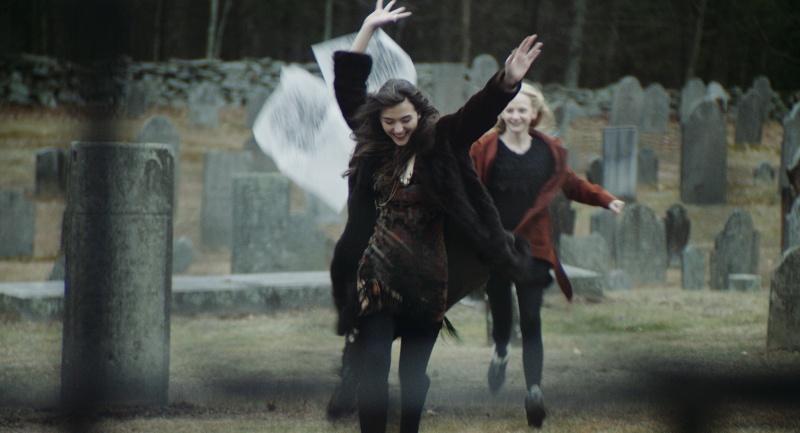 The perils of friendship engulf the fears of isolation in Sweet, Sweet Lonely Girl

Sweet, Sweet Lonely Girl is an undoubted change of tone and pace for director A. D. Calvo, who moves away from the more conventional supernatural jump-scares of his earlier films, like The Midnight Game and House of Dust. The inevitable third-act twist into the macabre and eerie could have played to those more simplistic tendencies, but instead he builds upon the tone of desiccated foreboding created by his female leads.

They are, after all, what is most entrancing here. Calvo (who also scripted) steers away from the conventions of the well-worn good girl/bad girl buddy movie, and instead lets the light of each enhance and accentuate their own shadowy traits. 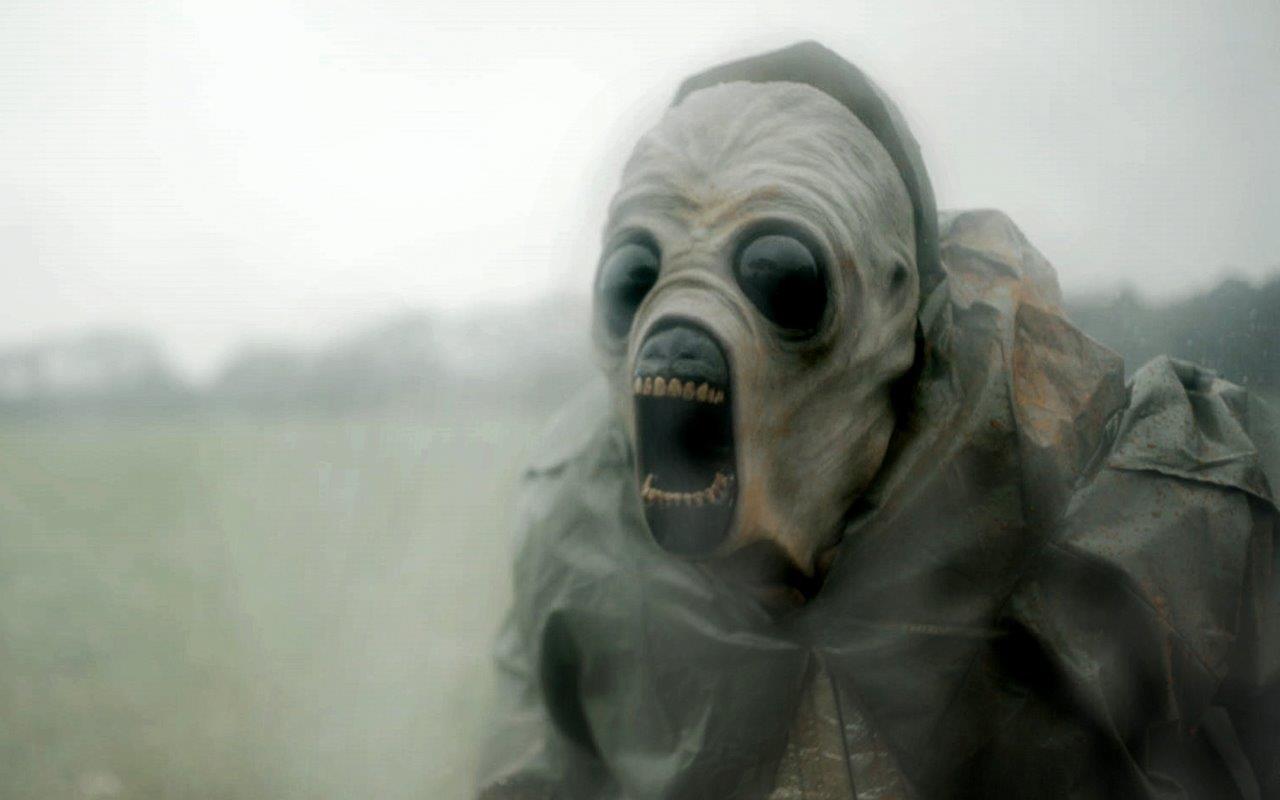 With its blend of militaria and psychedelia, Tank 432 (IFC Midnight, on Blu-ray now) shares DNA with Ben Wheatley's masterful A Field in England (not too much of a surprise, since director Nick Gillespie has been a part of Wheatley's close-knit production team since episodes of his sitcom Ideal in 2009). A platoon of British mercenaries find themselves trapped in a tank (well, not actually a tank, but a FV432 Armoured Personnel Carrier; Armoured Personnel Carrier 432 wouldn't be as catchy a title. That said, the original name of Belly of the Bulldog was better than either). Psychosis and aggression close in, as the team inevitably turns on itself.

Unfortunately, it pales by contrast to A Field In England, both in innovation and ambition. That's through no fault of Gillespie's: Its tight, taut claustrophobia makes for an effective thriller, but its pay-off seems a little underwhelming. 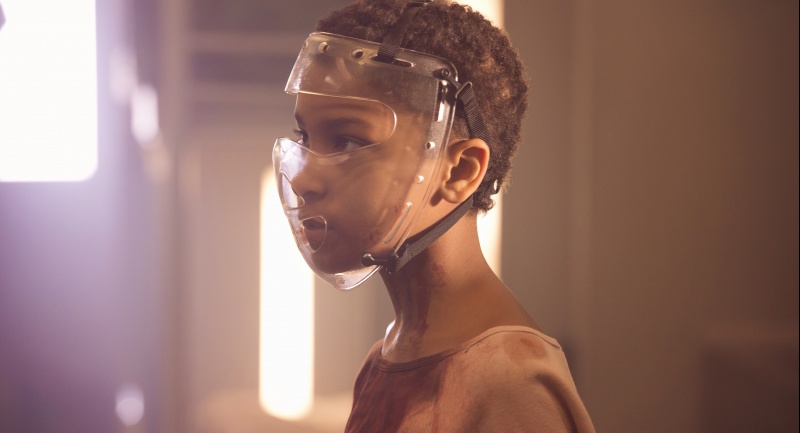 It does picks up points for an incisive take on the modern military mindset: which, by contrast, is the weakest element of the excellent and equally bleak The Girl With All The Gifts (Lionsgate, Blu-ray and VOD now). Colm McCarthy's adaptation of M.R. Carey's 2014 postapocalyptic novel. The world is in collapse, with civilization besieged by furious cannibals known as the Hungry. Cheerful tween Melanie (Sennia Nanua, in an eye-opening debut feature performance) could be the savior of humanity, but the question quickly rises: What does humanity mean anymore?

At its best, it's a grisly spiritual successor to the doom-laden genius of overlooked SF master John Wyndham. However, its occasional decline into third-act, 28 Days Later silliness may catch in the throat (read our full review here). 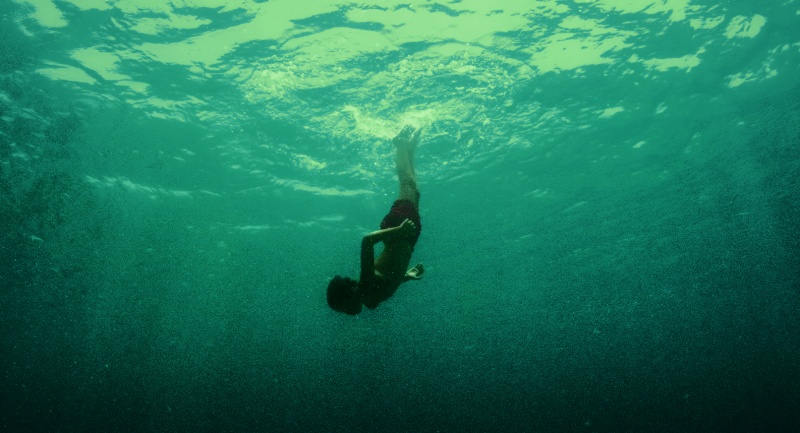 The beautiful wildness of the ocean adds to and distracts from the Lovecraftian influences in Evolution.

A very different take on the potential future of humanity is Evolution (on Blu-ray/DVD combo now from Shout! Factory), which may as well be called Growing Up Deep One, as it signals its Lovecraftian roots clearly enough in the opening scenes. Nicholas (Max Brebant) is one of a cadre of young boys being raised on a small Mediterranean Island. There is nothing near their fishing village aside from a hospital, at which all the boys are being treated for some unknown disease. His discovery of a drowned child with a red star fish attached to its belly begins his juvenile unraveling of the dark and entangling net that has been cast over all their lives.

It's a softer-voiced version of Stuart Gordon's underrated Dagon, so soto voce that it undersells its drama. Nicholas' shifting allegiances between his mother (Julie-Marie Parmentier) and nurse Anna (Roxane Duran) provides some beats to its cold-blooded heart, but it’s hard to find much emotional engagement. Fortunately, director Lucile Hadzihalilovic (director of Innocence and co-writer of Enter the Void) catches the quiet beauty of the coast both above and beneath the sea, and off-sets it with queasy notes. Read our full review here).