Time to head to the Mystery Shack! Wait, this isn't Roadkill County. This is the Mondo Gallery, and the first look at their Gravity Falls print for the upcoming Never Grow Up: A Disney Art Show collaboration with Cyclops Print Works. 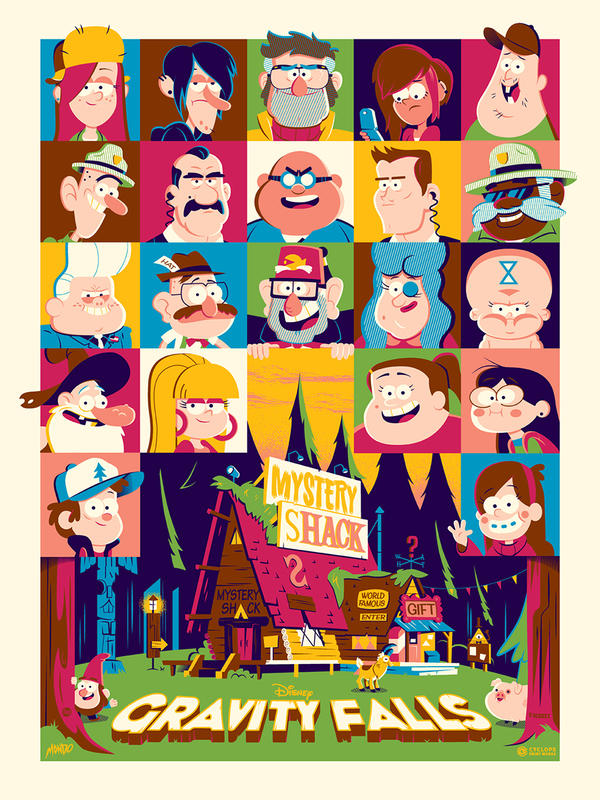 The show is very much the successor to the gallery's second major SXSW exhibition, 2014's Oh My Disney and Mondo Present: Nothing's Impossible! Like that show, there'll be a big opening night reception, followed by a Saturday morning kids' party. This time, it's the Mondo Clubhouse, with Disney-inspired treats, a photo booth, and more. 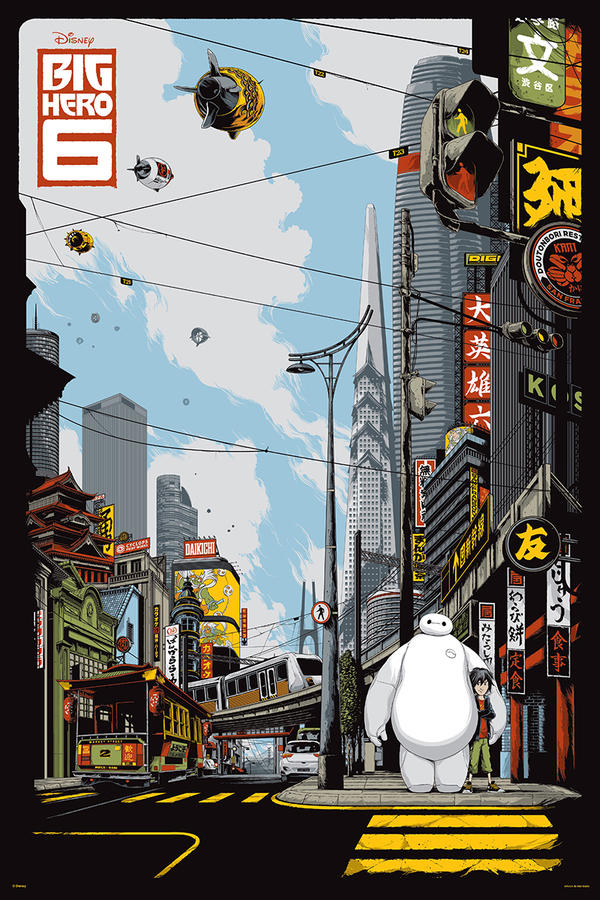 However, the highlight will always be the prints, and this show gives a rare second opportunity for a deep dive into Disney properties, both classic and contemporary – such as Dave Perillo's Gravity Falls design.

Mondo co-founder and creative director Mitch Putnam said that hosting a second show was high on his team's list of "dream opportunities. … Luckily, Cyclops came through and granted our wish. This time around, we've got some new artists in the mix, some new titles, and overall, just a different vibe from the first show. We can't wait for you to see what we've put together. It's pretty special."

The 30-strong artist list features some Mondo veterans, and even some talents from the 2014 show. Three years ago, Ken Taylor was inspired by Disney's Alice Through the Looking Glass: This time, he's come up-to-date with the Oscar-winning Big Hero 6. He said, "Watching a Disney movie together with my kids is amazing, but making artwork for one of their favorite films takes it to the next level."

"Big Hero 6 is my eldest daughter's favorite, and I love so much about this film. The story is super fun but it's the city that gets me in – the opportunity to draw San Fransokyo has been a blast and one of the best film poster experiences I have had. Hopefully folks dig it as much as I do." – Ken Taylor 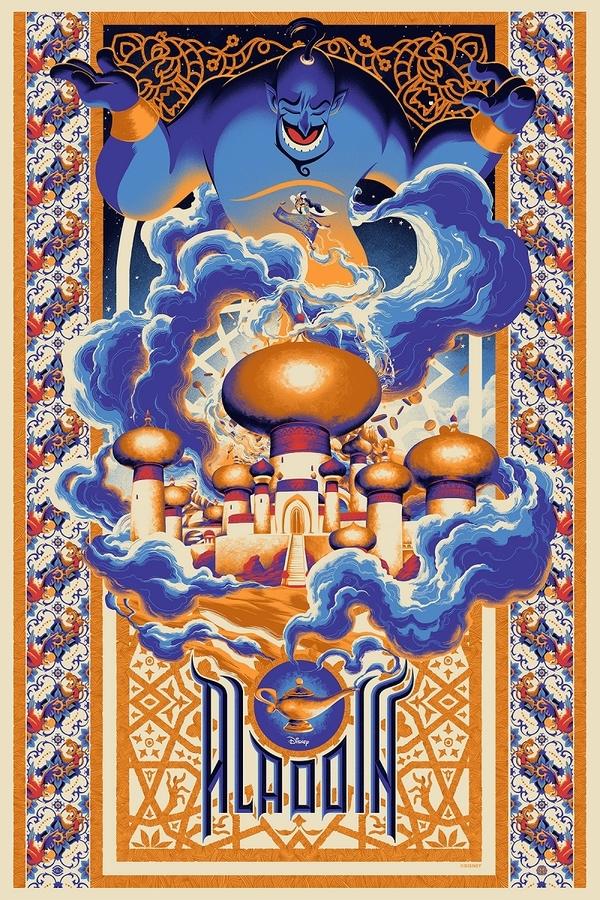 Aladdin is peak modern Disney, so having the chance to do my own take on it is pretty much a dream project. I wanted to try and incorporate some classical Arabian styling and decoration into the piece, but I think the most enjoyable part was getting to draw that Genie busting out of the lamp." – Matt Taylor 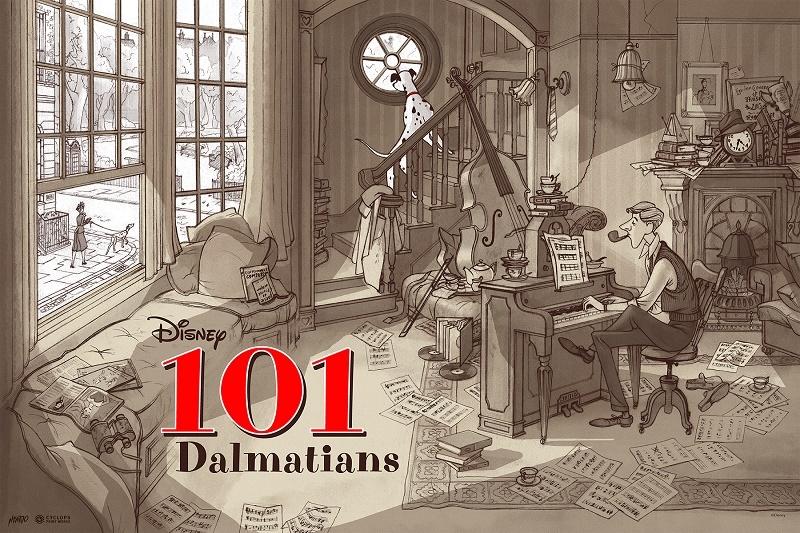 "I think that 101 Dalmatians is the most beautiful of the Disney films, principally as it was the first time they used the artists' original line drawings in the final cells through the process of the copy machine. The line work is sketchy, the color misaligned and it makes for a style full of life. My poster pays tribute to this, and in particular the rough production drawings of Disney's Ken Anderson who himself was inspired by Ronald Searle." – Jonathan Burton