DVDanger: Tales From the Hood

In the wake of Get Out, a classic anthology revisited 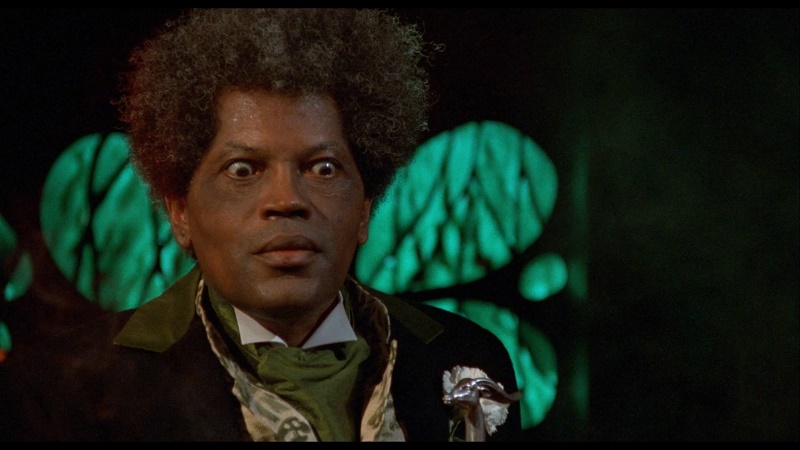 Welcome to the hood: Mr. Simms (Clarence Williams III) has some stories to share in Tales From the Hood.

A great anthology needs two things: great stories, and a great linking mechanism, chaining the horror together. Tales From the Hood has both, plus one of the most underrated horror hosts in mini-terror cinematic history, and is a masterful, if forgotten, corner of African-American big studio cinema.

Tales has fallen off the canon of great anthologies. Grievously misinterpreted on its release in 1995, basically unseen since the late Nineties, it was a bleak and dark melding of EC Comics and Ralph Ellison political aggression. It was both a million miles from cheap-and-cheerful sly subversion of blaxploitation, and still seemingly a couple of decades ahead of its time. With the massive success of Get Out, it's earned a long-overdue Blu-ray release.

Writer/director Rusty Cundieff was fresh off an unexpected crossover success with rap mockumentary Fear of a Black Hat. That was his first collaboration with Darin Scott, who served as the comedy's producer, but had already proven his horror credentials as producer of Stepfather II and writer of one of Vincent Price's last memorable performances in From a Whisper to a Scream. Lesser known may be Cundieff's own shrieking credentials: As the new making-of documentary included in this Blu-ray explains, he'd put on social commentary horror theatre as L.A.'s The Black Horror Show.

Cundieff has since built his career as a TV director, fusing social commentary with laughs on Chapelle's Show and The Wanda Sykes Show. Equally, here he pulls no punches politically with horror. The opening story, "Rogue Cop Revelation" begins with three white cops beating the piss out of a black driver, as Billie Holiday's version of "Strange Fruit" drifts through the score. It sets the tone for what's to come: tales of race, domestic abuse, police corruption, and everyday horror, with a karmic balance provided by strange forces.

The title is somewhat of a misnomer, as the quartet of tales generally steer clear of gangster tropes and inner city squalor. Cundieff even pushes aside white-hot Nineties rap for an experimental, orchestral, and free jazz score by Christopher Young, fresh off Hellraiser and A Nightmare on Elm Street 2: Freddy's Revenge (that said, the Tales From the Hood OST, complete with Wu-Tang Clan and Gravediggaz cuts, is essential listening).

This is middle-class black America hitting the brick wall of institutional racism. Yet there is also a stern morality, with those that collaborate with the institutions of oppression judged as harshly as anyone else. Moreover, Cundieff has no time for gangbangers and black-on-black violence, which he sees as doing racists' work for them.

As with EC, it's not the supernatural we should fear, but everyday monsters like Cundieff's future Chocolate News collaborator David Alan Grier as an abusive boyfriend in "Boys Do Get Bruised." It's Corbin Bernsen as Duke Metger in "KKK Comeuppance," a David Duke analog who takes ownership of a former slave plantation and gets the fate that a neo-Confederate richly deserves.

What's disturbing is that Tales has aged so well, and remains so pertinent. "KKK Comeuppance" lures the audience in with possessed dolls, but the real story is about Metger's attempts to rehabilitate his political persona, all the while throwing around racial epithets behind closed doors like they're going out of fashion. Cundieff and Scott's script was warning about the perils of normalization before it became a commonplace concern. Similarly, Tom Wright's community organizer turned aspiring politician in "Rogue Cop Revelation" now has more of a hint of Obama about him. The script has now become allegory.

It's also a great riff on some classic anthology stories. "KKK Comeuppance" has more than a nod to Trilogy of Terrors' Zuni Doll segment "Amelie," while there are undoubted nods to Creepshow and Night Gallery. Yet it's firmly embedded among its horror contemporaries, with closing story "Hardcore Convert" melding Stuart Gordon's gross-out sensibilities with a full-bore assault on the toxic pairing of gangsta aspirations and gun culture.

What binds it all together is the great frame, a story of three guys sent to a funeral home to pick up some drugs. As the host and tale-teller, there is no reason that Clarence Williams III's wild-eyed and malevolent funeral home director shouldn't end up as a horror icon on a par with, if maybe not HBO's Crypt Keeper, but at least the 1972 Freddie Francis crypt keeper, or the mortician in Body Bags. 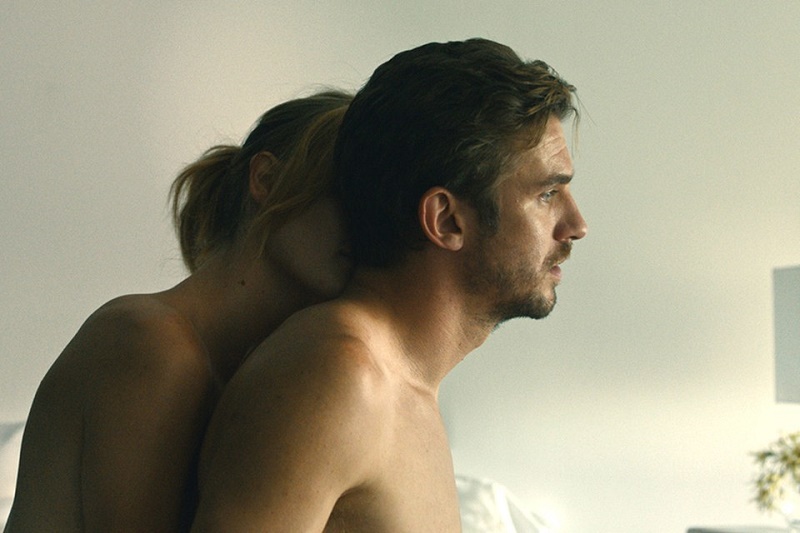 Dan Stevens gets The Ticket but may want a refund

Dan Stevens has been on a remarkable tear, what with Nacho Vigalondo's Colossal, the box office juggernaut that is the live-action remake of Disney's Beauty and the Beast and his plaudit-winning turn as David Haller in one of Marvel's best reviewed shows to date, FX's Legion. Part of his success is based on his underlying likability (hey, he's even charming as a perfect killing machine in The Guest), so The Ticket (Shout! Factory, out now on VOD) is a massive shift of direction, as he plays a man who, at a core level, is unlikable.

James comes with built-in sympathy, as a loyal husband and devoted father who has lost his sight due to a pituitary tumor. Suddenly, the cancer goes into remission, the tumor shrinks, and his eyesight comes back. Yet this seemingly glorious turn of events is actually a poison pill, as his new perspective on life undercuts all his relationships.

Director Ido Fluk (who wrote a kindred, if more fantastical tale of a collapsing life, in The Abandoned) avoids the trite tropes that could have dragged this down into Lifetime territory. James doesn't simply start to see, but starts to see himself differently, and that's where the changes come.

If there's a failure, it's that it's almost a little too layered. Between the 99 Homes-esque insight into the personal impact of predatory property techniques, James' battle of faith, and the relationship drama, it's a thick soup. But Zack Galler's delicate and often near-static cinematography, balanced by Stevens' startling sensitivity, and the incredible interplay between Danny Bensi and Saunder Jurriaans' score, and Tom Ryan's nuanced, whispering sound mix, creates the same sense of unease that James feels in his new sensory overload.

Moreover, Fluk and Sharon Mashihi's script keeps everyone imperfect: from Malin Akerman (Children's Hospital) as his wife, to Oliver Platt as his blind best friend with an unexpected streak of jealousy.