The reaction to Bonnie and Clyde is almost as famous as the film itself. When Arthur Penn’s chronicle of Depression-era gangsterism came out in 1967, critics lined up on both sides, full of both excoriation and praise. It was hailed as a taboo-busting masterpiece by some; others thought its violence a portent of a frightening moral degeneracy. 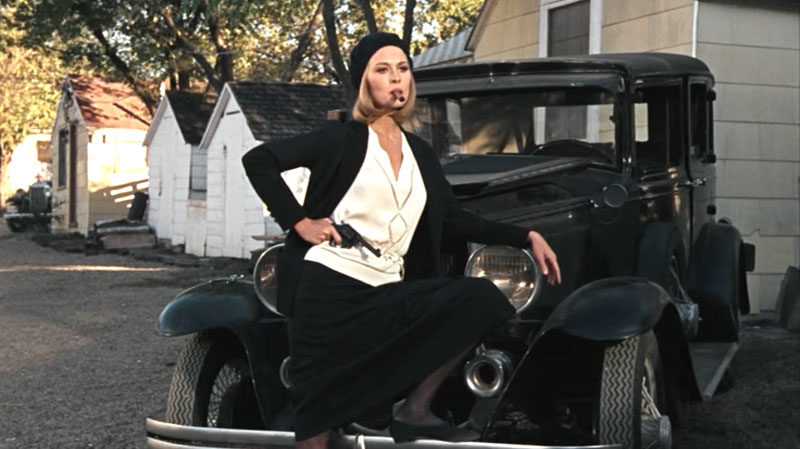 The newness of the film’s violence has, however, been wildly overstated. Read about it now and you’d think that prior to 1967, Hollywood had existed in a state of prelapsarian bliss, presided over by a cohort of chaste Presbyterian studio execs pining for the return of Prohibition. In fact, Bonnie and Clyde were the bastard offspring of the gangsters of pre-Hays Code Hollywood, that heady and destitute half-decade when the Depression was the only reality, rather than a distant one to be conjured, and theatres were full of sex, drugs, and death. Films like Scarface and The Public Enemy brought liberating violence to an immiserated nation, until pressure from religious groups told on the studio bosses and brought an end to this cinematic Weimar Republic.

There’s an accompanying myth about Penn’s film that deserves exploring, too: The idea that Beatty and Dunaway represented an unprecedented glamorization of criminality. To a viewer of Little Caesar in 1931, the main character’s murderous ascendance to wealth and power might have looked a lot like the American Dream. New York’s censorship board recorded audience members clapping as cops were gunned down. Still, history is written by the victors – in this case, a peculiar alliance of moralizing critics and a vanguard of counterculture warriors who seized the means of movie production in Hollywood until the studios started collapsing around them. What was it, then, that so frightened and excited people about Bonnie and Clyde? The film opens with a naked Dunaway catching Beatty in the act of stealing her mother’s car. Minutes later, she’s stroking his gun as he invites her for Coca-Cola. This scene has an inspired counterpart later, when Beatty can’t get it up during the act, to the shock of a devastated Dunaway. "Least I ain’t a liar," he says. Sex is not the film’s subject, but it is everywhere within it, woven deep into its fabric.

François Truffaut and Jean-Luc Godard were the first two directors on board, and it’s often said that Penn stole the film’s aesthetic from the French New Wave. There are various touchstones – the rapid tonal shifts, from vicious and unforgiving to comic – that recall Godard’s Breathless; Bonnie’s realization by Dunaway brings to mind his maxim that “all you need to make a movie is a girl and a gun.” But it was the sex, and the enmeshing of sex and death, that was the most innovative European import.

It ends, as do all gangster tragedies, in death and betrayal. Penn’s camerawork in the final scene is touched by genius: The pair’s faces, realizing they are about to be caught in a fusillade, are captured in a series of rapid-fire shots. Smiling, at first, before the fear and the hellish panic set in. And then they are blown to bits – and their bodies really do break apart: no clean or dignified deaths here. You can see the inception of a new aestheticized American violence in this scene, a lineage that takes in The Wild Bunch (made two years later), Sonny’s death in The Godfather and, latterly, the work of Quentin Tarantino. But the truly revolutionary thing, as the couple writhe on the ground like shaken marionette dolls, is the sense that you are not just watching death, but consummation.

The Bullock Museum screens Bonnie and Clyde Thursday, April 20, 7pm, as part of its Texas Focus series. There will be a cash bar starting at 6pm. For more info, and to purchase tickets, see www.thestoryoftexas.com.