Combining the mediocre and cosmic with the creature feature director 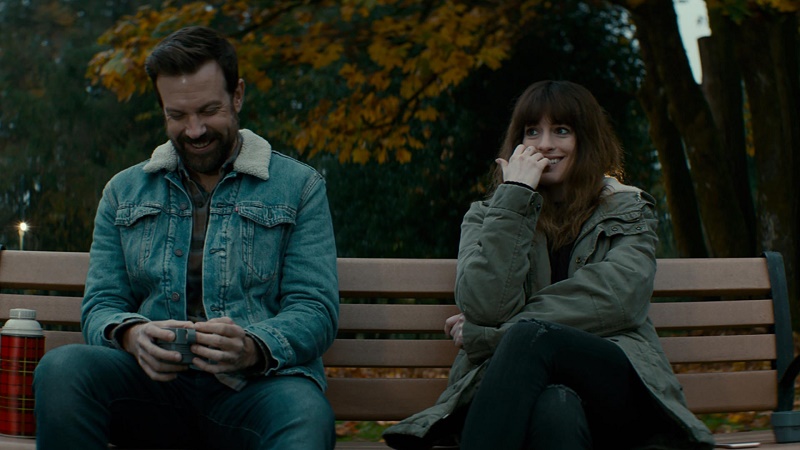 I guess this is growing up: Jason Sudeikis and Anne Hathaway in Colossal, the new monster-sized comedy from Nacho Vigalondo.

It's an early morning for Nacho Vigalondo. Last night he'd been at the Fantastic Fest Karaoke Apocalypse, but the Spanish director had bailed early. "Two years ago, three years ago, I would have tried to do the whole thing, going until really late and then pretending to be a good interviewee." He pauses. "It's like I'm becoming an adult."

That's also the unlikely subtext of his latest film, Colossal. In it, Anne Hathaway (The Devil Wears Prada, The Dark Knight Rises) plays Gloria, a New York party girl burnout with no place left to go but her old hometown, and no friends left apart from high school pal Oscar (Jason Sudeikis, Saturday Night Live, Sleeping With Other People) and the wastrels that hang out in his bar. That's when she discovers that she's mystically connected to a giant monster that's been stomping through Seoul. Possibly not the best situation for an immature blackout drunk trying to get her life back together.

Vigalondo burst on the genre scene in 2007 with his temporal headscratcher Timecrimes, and moved into American cinema with his innovative techno-thriller Open Windows, starring Sasha Grey and Elijah Wood. But for Vigalondo, Colossal is closest to his sophomore creation, 2012's Extraterrestrial. Vigalondo said, "I think that movie is like a sister to this one. I joke about making a trilogy of massive science-fiction and massive hangovers."

There's a shared theme: In Extraterrestrial, it's three people trapped in an apartment during an alien invasion, but they are too obsessed by their own childish selfishness. Here, Gloria thinks she can just run away from her adult problems, but those problems are busy stomping through South Korea. Vigalondo said, "There's something there about trying to be an adult and a stupid kid at the same time, how those things never go away."

Austin Chronicle: This is your most high-profile cast to date, with Anne Hathaway, Jason Sudeikis, Dan Stevens, and Tim Blake Nelson.

Nacho Vigalondo: I'm ready to accept that I will never experience this again. It's so amazing. It's such a big jump to write this script, be ready to shoot it with actors who are close to me, in this familiar atmosphere. I was ready to make this in a contained way, like my previous films. But something happened on the way to Hollywood, and suddenly Anne Hathaway wants to make the film, and that changed the rules of the game, and suddenly Jason Sudeikis is there, and the whole thing becomes a fairytale. It's like, "OK, I'm going to make this movie with these two big names," and they didn't ask me to change the script at all. I'm going to shoot the script I wrote, so at some point it's, "This is amazing. Is this actually going to happen?"

I have to make a confession. I was thinking to myself, "I don't know these guys. What if they are giant assholes and act like divas, and treat me like a cockroach through the whole shoot?" I was thinking, "OK, deal with that. Be able to keep the movie in a good place while suffering. You have to show that you're a Filmmaker, in bold letters, and you're able to make the movie in a nice way, even when the big stars are trying to destroy your career, take by take." But that was not the case at all. They were so supportive, and so clever, and so confident in the project.

AC: How involved were you with the monster design, because you look at Anne Hathaway and your first thought isn't, "How do you transform her into something big and scaly with pointy bits?"

NV: The thing is, I'm not Guillermo del Toro. I'm not one of those filmmakers who's also an illustrator. I wish I could draw something while I'm writing, so you can go, "How's the monster?" and I pull out this amazing picture I made with wall paint on a paper and you're like, "Wow, I want to see the movie." That's not my case. I work in really abstract terms, in abstract elements. In the case of the monster, I want to make something different to other films, because we're making something different, but at the same time, it has to relate to all those references. It's a delicate thing. 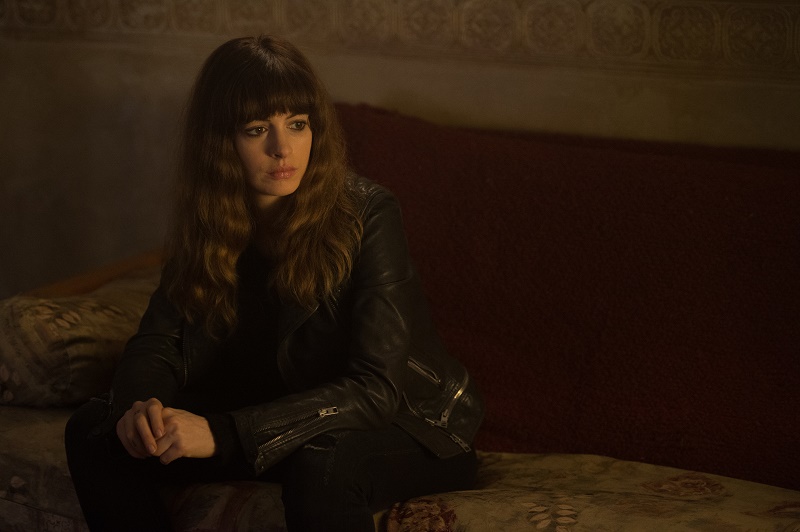 "Something happened on the way to Hollywood, and suddenly Anne Hathaway wants to make the film, and that changed the rules of the game, and suddenly Jason Sudeikis is there, and the whole thing becomes a fairytale." Nacho Vigalondo goes big in Colossal.

AC: Your films, as you look at them together, have these relationship stories where you put people under an extraordinary pressure, and it's something that's so out of the ordinary. If it was something like a car crash, people would know what their responses would be. But the fact that you are drawn to putting an element like time travel, or alien invasion, or giant monsters, what is it that appeals to you about that?

NV: If you asked me when I was a teenager, and I start to picture myself as a filmmaker, because I was watching Reservoir Dogs, and the Jim Jarmusch films, and the Kevin Smith films, and the John Waters films from the Seventies, and when all those heroes come to me and I want to be one of those guys, if you asked me, "OK, what kind of movie do you want to make?" I would say, "OK, I want to make a movie like Reservoir Dogs, or I want to make a movie like Pink Flamingos, or Down by Law." But when you become a filmmaker, you discover that you're not aware of who you are until you make films.

“I joke about making a trilogy of massive science-fiction and massive hangovers.”

That's the thing I say when I talk to young people who want to make films. Sometimes they want to jump straight into a feature film, and I always say, "Make short films, not to prove to the world that you are a good filmmaker, but you have to show yourself who you are." I didn't know that I loved silence in films until I made a film. I didn't know that I liked these kind of sequences that you are depicting until I made a film.

NV: One of the most imitated guys. If you read Day of the Triffids, every three pages you're like, "Holy fuck. Half of the movies have stolen from this in the last 10 years."

The author that really was like lightning in my brain is Philip K. Dick. The first novel that I read that came from him is Ubik. I remember reading this specific page in which the character experiences how time is going backwards. It's not a VFX moment, but the character is trying to pay with coins, and the coins are too old to pay with, and the coffee tastes awful because the milk is rotten. He tries to smoke a cigar, and the cigar is stale. That was, for me, how can you make something cosmic and so holistic, and so existentialist, and at the same time so mediocre as a guy trying to pay with the wrong coin?

The way Philip K. Dick deals with the mediocre and the cosmic in the same line, in every movie – I'm trying to approach that territory.

Colossal opens in Austin this weekend. For review and listings, visit our screenings page. 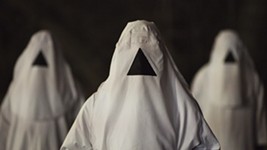