DVDanger: Arrow to the Brain 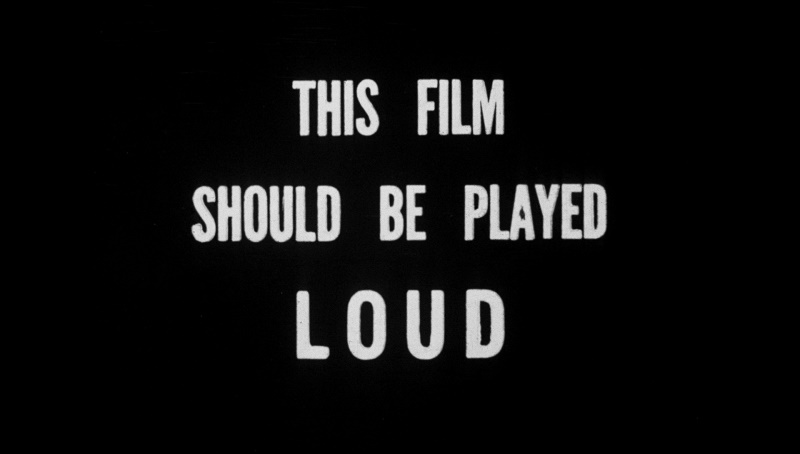 The greatest flash card before a film ever: Abel Ferrara's scum-noir classic The Driller Killer, out now from Arrow Video.

AGFA's declared intent behind the new deal is to get vintage films of the golden era of exploitation back into cinemas. That explains the triumvirate, who hold the rights to a huge number of titles between them. While it's not clear quite yet what might be returning to the silver screen, the possibilities are near-endless for some genre faves to get back into rotation.

Take Arrow. The label recently released a stellar Blu-ray restoration of Creepshow 2, and that's a great indicator of what it does best – giving lost favorites another shot at an audience.

No film may better represent those diamonds in the rough than their 2K restoration of Abel Ferrara's The Driller Killer, recently released on Blu-ray. In fact, no film may have a worse unearned reputation. When it was released in 1979, it was written off as a schlocky horror and a grimy mess, even making it on to the notorious UK video nasty list.

But the splatter hides a radical piece of art, and a perfect snapshot of a time in the history of Ferrara's beloved New York City. He plays Reno, a bad painter living in what should be a troilist fantasy. Instead, he's frustrated, besieged by a subpar New Wave band, broke, angry, and clearly terrified that he will become one of New York's many dispossessed homeless.

When he finally snaps, it's a Bruegel-esque descent into Hell, his anger against himself and his peers enacted against the city's most unprotected. It's like Rudy Guiliani saw this and went, "Hey, that seems like a plan. Blame the homeless!"

Arrow's cleanup team have done the best they can to restore Ferrara's gutter masterpiece, but there's only so much visually they could do. However, the grit and the grime add to the flavor, and they've done a far bigger favor by including effectively four versions of the film: the theatrical and subtly different pre-release version, both 1.85:1 and 1.37:1 ratios. That may sound like overkill, but the impact of each variant is undoubted.

While he finessed his influential but inimitable style two years later with revenge parable Ms. 45, this was the film that truly launched him as a subversive genius. He is the master of scum-noir, as the excellent Willing and Abel: Ferraraology 101 visual essay by film historian Alexandra Heller-Nicholas reveals.

Yet no one can explain Ferrara better than Ferrara, and the new interview with him explaining the roots of the killer is as fascinating as the film. Moreover, no one loves New York like Ferrara, so the inclusion of his stunning and heartfelt 2010 documentary Mulberry St. should lure in even those afraid of a little gore. 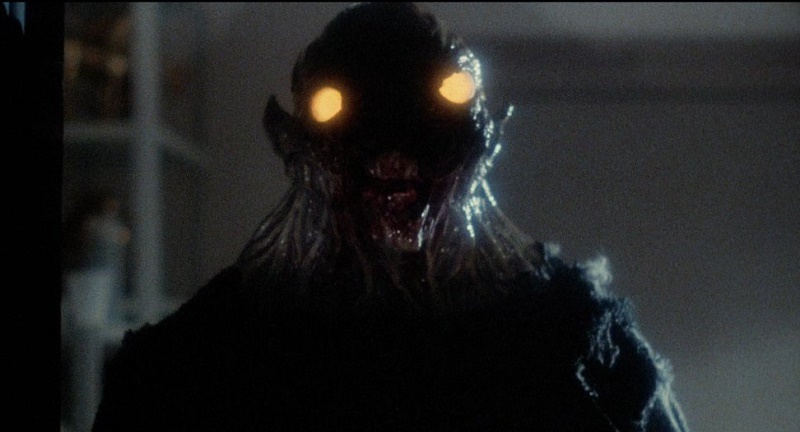 The eyes have it: Eighties urban eco-horror C.H.U.D.

Arrow doesn't always just dally with high-low art-scuzz. Five years after Ferrara's unhinged vigilante, C.H.U.D took a more fantastical tone in tackling the Big Apple's rotten core. This time, the artist is George Cooper (John Heard, the Eighties' greatest "I know that guy" actor, best known as the dad from Home Alone). A former fashion and art photographer, he's trying to redeem his soul by capturing the lives and plight of New York's homeless. At the same time, Police Captain Bosch (Christopher Curry) is investigating why so many of the city's most overlooked citizens are disappearing, and why those remaining have got so skittish.

Nominally, they are the leads and heroes here, but this movie is owned by another Home Alone star: Daniel Stern as the Reverend, the street preacher with a clear eye into the murky cause for both of Bosch's problems. There are flesh-eating mutants on the prowl, and the cause is a government conspiracy involving toxic waste and disposable humans.

On the surface, C.H.U.D. is just a lame rubber monster movie. But scrape the grime away and it's a pretty damn bleak view of Eighties NYC, still covered in detritus, and with its poverty and destitution something the authorities think they can seal away underground. It's a not-so-subtle political metaphor, but the script (either by novelist Parnell Hall or by Stern and Curry, depending whose version of the production you believe) has more of a Seventies political intrigue/eco-horror edge than many of its contemporaries. Plus, the C.H.U.D. suits are pretty damn sweet.

There are some really obvious producer-mandated reshoots (including the world's least convincing body double), but it doesn't detract from the fact that C.H.U.D. is a handcrafted oddity from the decade when horror increasingly became mass-produced balsa wood nothings. True, its sequel, the highly missable C.H.U.D. II: Bud the Chud, damaged its reputation, but can you name any other horror film whose title became an insult? OK, I'll spot you Psycho, but chud remains the favored dismissive descriptor for punks everywhere for a reason. 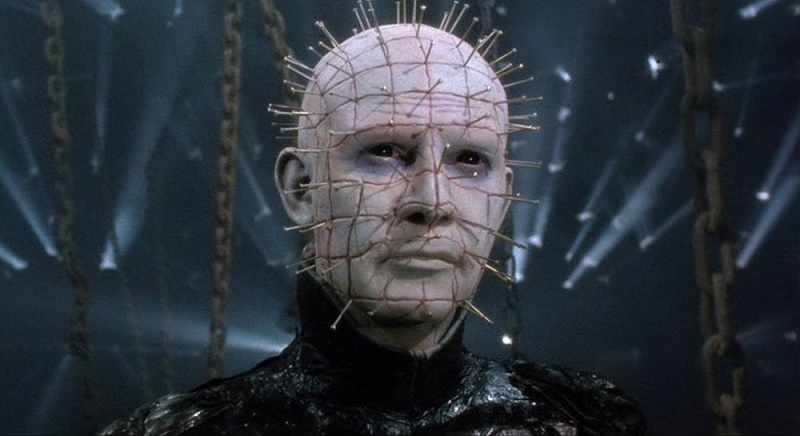 We have such sights to show you: Arrow's Scarlet Box edition of the first three Hellraiser movies is hellishly definitive.

However, everything in the recent Arrow catalog pales by comparison to what may stand as the best box set released in 2016: the Scarlet Box edition of the first three Hellraiser movies.

Clive Barker's psychosexual adaptation of his own novella, The Hellbound Heart, was the kick-start to a most unlikely horror franchise. It's also arguably incredibly misunderstood, as the film's true story became overshadowed. It's really a tale of deceit and addiction, with Julia (Clare Higgins) cheating on her milquetoast husband Larry (Andrew Robinson) with his thrill-seeking brother Frank (Sean Chapman). There are two flies in their ointment. First is Larry's daughter Kirsty (Ashley Laurence), who is suspicious of her stepmother. Second is the fact that Frank was ripped apart by the iconic Cenobites, BDSM demons summoned by depravity, and he has literally clawed his way back out of Hell to be with Julia. Their passion would almost be worthy of a twisted admiration if it didn't bring murder and Hades with it.

The set includes the opening trifecta of the series: Barker's film, Hellbound: Hellraiser II, and Hellraiser III: Hell on Earth (aka the good ones), and they still stand out as unparalleled innovators of counterculture horror. The inclusion of the vital feature-length Leviathan documentary (here split into two parts) and the new Hellraiser: Evolutions help put that into context, but this collection is loaded with seven levels of extras.

As for the new 2K restorations: There are some films, like The Driller Killer, where a restoration is really a salvage job, aimed at making the print at least watchable. That's not what happened with the work done on Hellraiser. Instead, this is the film that could never be seen, the set design and detail shown in sparkling detail that was lost in the swamp even in the original theatrical release. From the first view of Frank opening the Lament Configuration, through the first view of the Cenobites' chamber of delights, and well beyond the moment that Frank drags himself back into being, there are disturbing details and captivating delights that glow with horror. We have such sights to show you indeed.

The Driller Killer, C.H.U.D. and Hellraiser: The Scarlet Box Edition are available from Arrow Video now.