Dont Look Back, D.A. Pennebaker’s black-and-white film of Bob Dylan’s 1965 concert tour of England, is a template for all the music documentaries that would come afterward. Released in 1967, the film is celebrating its 50th anniversary, and the Austin Film Society is honoring the film on Thursday, Jan. 19 with a screening at the Paramount Theatre. 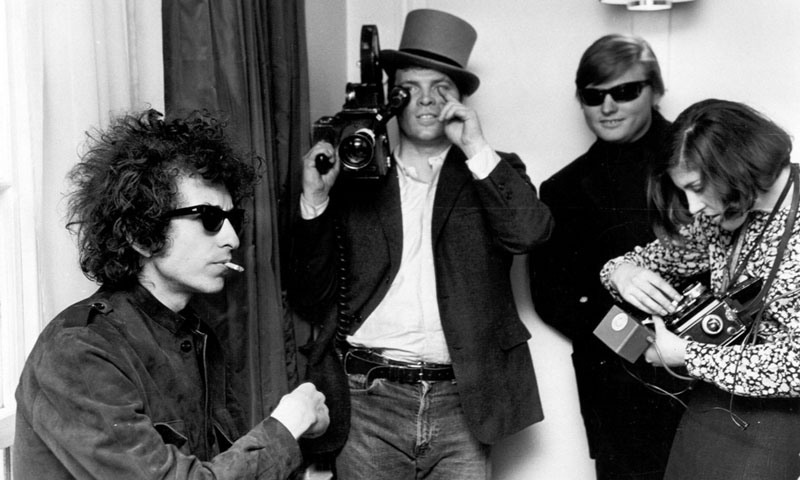 Recorded when Dylan was just 23 and on the cusp of turning his acoustic sound to full-blown electric, the film was also a first feature for Pennebaker, who would go on to become one of the world’s most respected documentarians. Pennebaker had worked on numerous political documentaries, developing with others such as Richard Leacock, Robert Drew, and Albert Maysles, what was called the Direct Cinema approach, which captured day-to-day, fly-on-the-wall perspectives of their subjects. In 1965, Pennebaker was approached by Dylan’s manager Albert Grossman to film the singer/songwriter’s tour of England. The film that resulted was called Dont Look Back (the lack of apostrophe was intentional), and it became such a landmark of Sixties culture and film authenticity that it was included in the Library of Congress’ National Film Registry in 1988. The opening sequence in which Dylan stands in an alleyway (with Allen Ginsberg seen off to the side) and drops cue cards containing some of the key phrases of the song “Subterranean Homesick Blues” became a frequently referenced meme in the era of MTV and modern music videos that arrived years later.

Bob Dylan is now 75 years old – and a Nobel Laureate. Pennebaker is now 90 years old, and during his illustrious career went on to direct (usually in concert with his wife Chris Hegedus) such music-film classics as Monterey Pop and Ziggy Stardust and the Spiders From Mars, as well as working with musicians as varied as Little Richard, Jimi Hendrix, Depeche Mode, and Branford Marsalis. Pennebaker and Hegedus also filmed fascinating political moments in docs such as Town Bloody Hall (a verbal showdown between Norman Mailer and feminists Germaine Greer and others) and The War Room (which went behind the scenes with Bill Clinton’s 1992 presidential-campaign organization). And now Dont Look Back is turning 50, an occasion that allows us to revisit the roots of the press-wary and catankerous young Dylan sparring with his ever-growing reputation as the voice of his times, and observe his tetchy relationships with Donovan and other musicians, along with the final throes of his love affair with Joan Baez. The film marks the beginning of the flood of offstage music documentaries that capture the textures of the performers’ lives instead of just their onstage concerts. For more on the film, check out Marc Savlov’s interview with D.A. Pennebaker which ran in the April 3, 1998 issue of the Chronicle on the occasion of the 30th anniversary of the film. 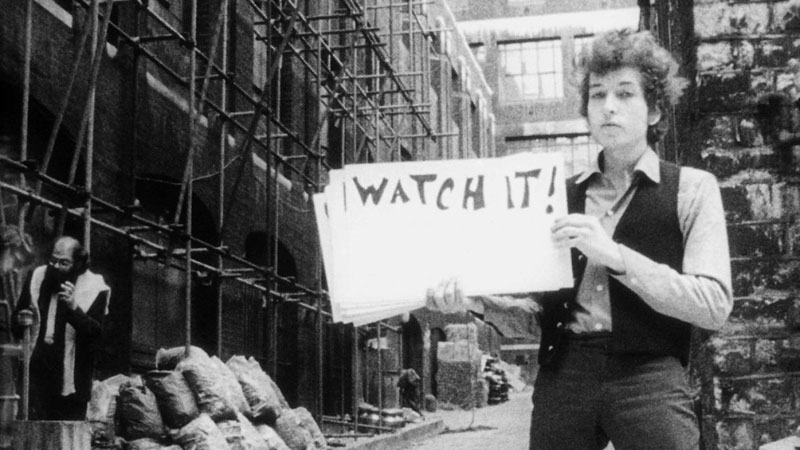 The AFS screening on Thursday, Jan. 19 at 7:30pm will be introduced by The Austin Chronicle’s Music Editor Raoul Hernandez. General admission tickets for the show are available at the Paramount Theatre website. AFS members can purchase their tickets at the organization’s website. And while Downtown, take the Nobel Laureate’s famous words at face value: “Don’t follow leaders; watch the parking meters.”

This Week's Waste of Time
We find the best (and free) entries from the upcoming Independent Games Festival.