A behind-the-scenes drama about the fraught beginnings of the McDonald’s franchise, The Founder won’t open wide in theatres until Jan. 20. But you can get a sneak peek – or rather, an early ear to the ground – by tuning into director John Lee Hancock’s interview with On Story this Saturday (1/7) on KUT. 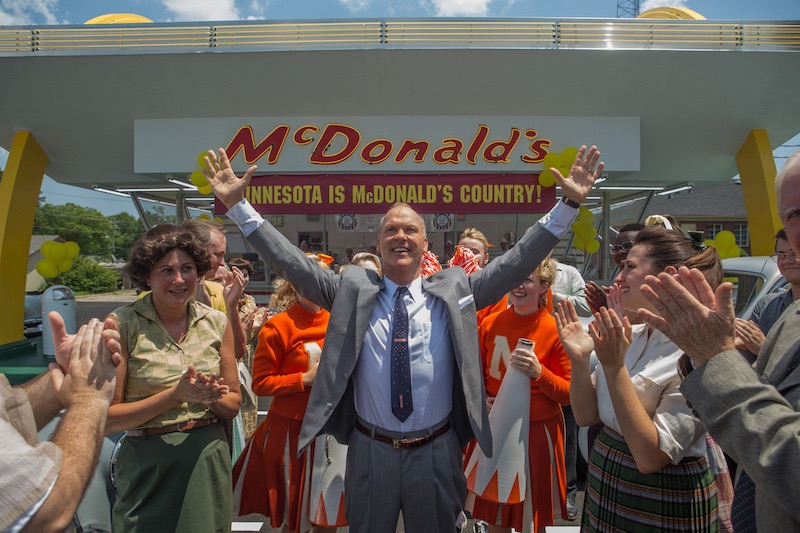 Part of the On Story Project, an outgrowth of the Austin Film Festival that also includes an Emmy-winning TV show, podcast, and two book anthologies, the On Story radio show (co-produced with Public Radio International) features interviews with writers and filmmakers, discussing their craft and careers.

The second season of the radio program kicks off 9pm Saturday on KUT. In his interview, Texas native John Lee Hancock explains his initial resistance to taking on The Founder, the true-life story of how Ray Kroc (played by Michael Keaton) bought out McDonald’s from original owners the McDonald brothers (played by Nick Offerman and John Carroll Lynch). Coming off of other based-on-the-true-story pictures Saving Mr. Banks and The Blind Side (a 2009 Oscar Best Picture nominee), he wasn’t interested in a biopic. However, he decided Robert Siegel’s script was unconventional enough to break out of the biopic mold:

“If it’s a biopic of anything, it’s about the McDonald’s hamburger franchise and capitalism in America during that post-World War II time period. And that fascinated me.

“The other thing that fascinated me about it – I’d never read a script where I was actively pulling for a protagonist in the first half of the script and then actively rooting against him in the second half, and feeling somewhat guilty in my complicity for siding with him.”

The episode also includes a conversation between Hancock and Saving Mr. Banks screenwriter Kelly Marcel, taped at an AFF panel.