Cindy Stowell Is a Jeopardy! Champ and Champion for Cancer Research

Austinite who passed away in December pledged her winnings to research

Diagnosed with Stage 4 colon cancer, Austin resident and science content developer Cindy Stowell competed in late summer on Jeopardy! with the mission of donating her winnings to cancer research. 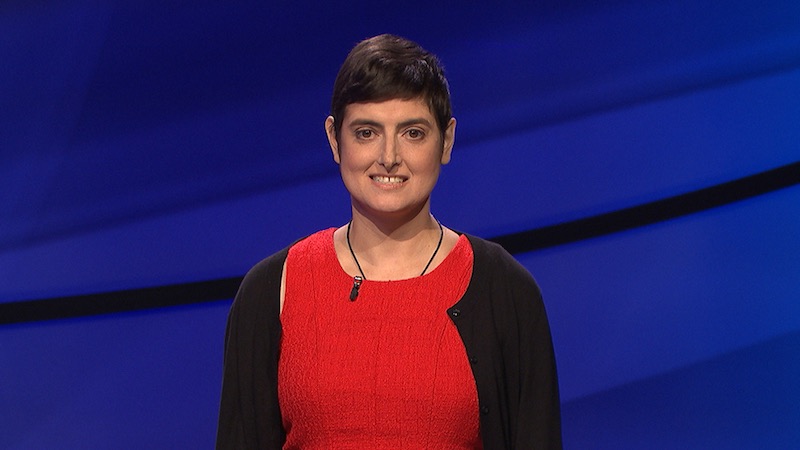 Stowell passed away on Dec. 5, but her televised run on Jeopardy! just started last Tuesday. The show’s website pays tribute to her:

Cindy Stowell is a Jeopardy! contestant who first appeared on the show Tuesday, December 13. She competed on Jeopardy! with a singular goal in mind: to donate her prize money to cancer-related organizations.

“When Cindy Stowell taped her appearance on Jeopardy!, she had Stage 4 cancer. Competing on Jeopardy! was a lifelong dream for Cindy, and we’re glad she was able to do so. Sadly, Cindy died on December 5. Our condolences and best wishes to her family and friends.” – Alex Trebek

“Cindy came on Jeopardy! to play the game she loved and in doing so, she was able to make a contribution to cancer research in the hopes that no one else would have to go through what she did.” – Greg Stowell, Carole Stowell, and Cindy’s longtime boyfriend Jason Hess

A science content developer from Austin, Texas, Cindy passed the online contestant test in early 2016. This summer, she received an invitation to the next round of the process: an in-person audition in Oklahoma City, Okla. She reached out to Jeopardy! contestant producer Maggie Speak with this message:

“Do you have any idea how long it typically takes between an in-person interview and the taping date? I ask because I just found out that I don’t have too much longer to live. The doctor’s best guess is about 6 months. If there is the chance that I’d be able to still tape episodes of Jeopardy! if I were selected, I’d like to do that and donate any winnings to … charities involved in cancer research. If it is unlikely that the turnaround time would be that quick, then I’d like to give up my try-out spot to someone else.”

After consulting with Jeopardy!’s producers, Maggie told her to attend her audition in Oklahoma City, and that if she qualified to compete on the show, she would be booked for a taping as soon as the show’s schedule would allow – three weeks later, August 31, 2016.

When Cindy arrived to compete, only a select group of Jeopardy! staffers and Alex knew she was ill. Her opponents were unaware of her condition. Her appearance will air as scheduled next week.

KXAN spoke with Stowell’s boyfriend on Dec. 7. A repeat victor with more than $100,000 in earnings so far earmarked for the Cancer Research Institute, Stowell's winning run continues on tomorrow’s Jeopardy!.