In search of UFOs and meaning 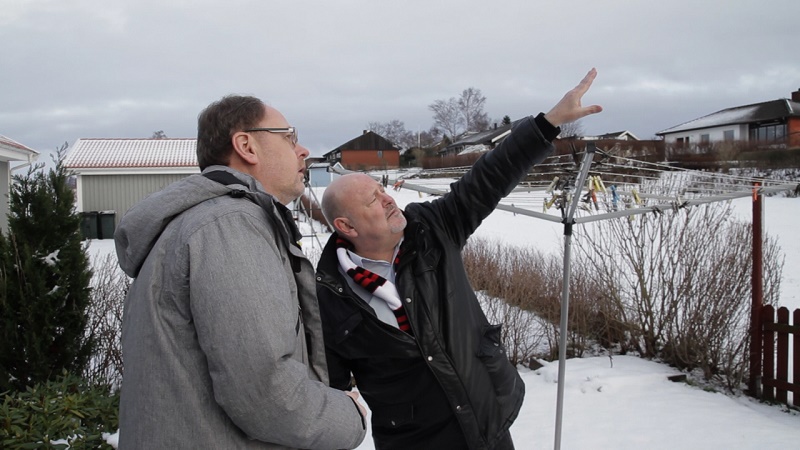 Watch the skies for Ghost Rockets, which received its Texas premiere today at Other Worlds Austin.

There's a supreme arrogance in pretending there is no life beyond Earth. But isn't it equally hubristic to think they would traverse inconceivable interstellar distances just to see us scarcely upright apes?

And yet, as Fox Mulder would say, we want to believe.

Scandinavian documentary Ghost Rockets catches that inner contradiction through the work of Clas Svahn and UFO-Sweden, a nonprofit dedicated to sorting the wheat from the chaff of airborne sightings. Only, so far, it's all been chaff. "My working day is all about misinterpretations," says one of the team, as he rattles off a list of reasoned explanations that debunk every single sighting.

There's a certain charm to how Svahn's work colleagues seem to accept his obsession. In that way it's very similar to 2012's The Final Member, a behind-the-scenes glimpse at the Icelandic Phallological Museum. He is undoubtedly obsessed, but it's not the fixation of the delusional: There are people who are convinced that they saw something, and it's his accepted task to work out what it was they really saw, whether it is a toy or the moon.

And yet, and yet, there are the ghost rockets. The Spökraketer was the name given to an epidemic of over 2,000 near-identical sightings that swept across Sweden just after World War II. The successor to the foo fighters (not the band) spotted by wartime pilots, they are Svahn's best chance of finding something that's not just a dust mote.

Documentarians Michael Cavanagh and Kerstin Übelacker aren't as interested as UFO-Sweden in solving the enigma of the ghost rockets. With delicacy, and without judgment, they portray a much simpler and immediate story: a group of UFO-obsessed boys who became UFO-fascinated men, and now, after 40 years, wonder whether the club they have founded will live beyond them. Solving the ghost rocket enigma is the way to validate their decades of effort, and maybe establish a legacy. Plus, if they get to spend some time with good friends, that's all for the better.