Rooster Teeth Raised … How Much? 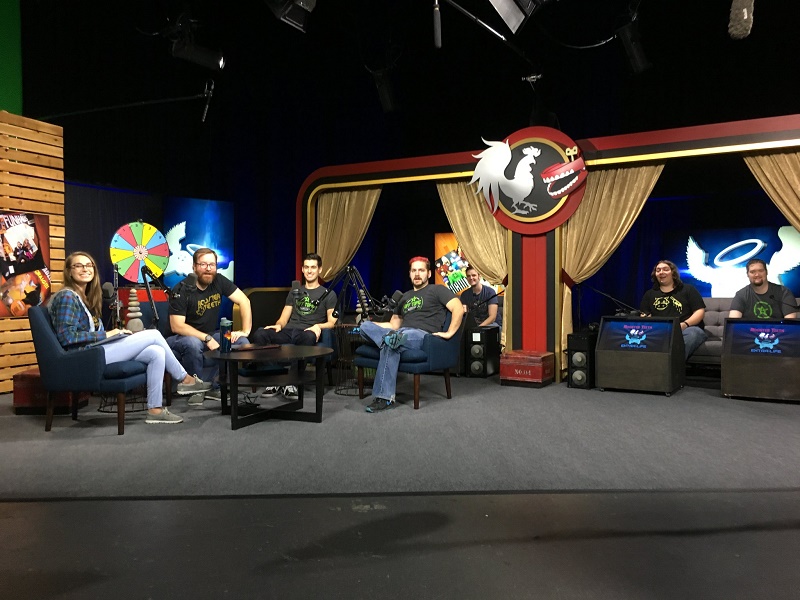 The money all goes to the Children’s Miracle Network (find out more here), including Dell Children's Medical Center. Rooster Teeth charity director and star of the Achievement Hunter series Jack Pattillo said, "The money we raised with the help of our incredible and generous community will go a long way toward helping these kids and we’re so thankful to everyone who pitched in to help us beat our goal."

The 8am Saturday to 8am Sunday marathon involved gaming, but that was the least of it. There was paintballing; hair dyeing; a competition of what's easier to hold down, 100 beer shots or 100 milk shots (hint, it's beer); Barbara Dunkelman as a bubble wrap burrito; Gavin Free-tossing; a Bob Ross-style paint-a-long; and the great announcement that Lazer Team star Michael Jones and RWBY actress Lindsay Jones are having their first baby. In case you missed it, here's some of the madness from the ground:

We have fun here at Rooster Teeth Productions #RTExtraLife pic.twitter.com/Zcb7A4zpen

And that's why they call it firing squad #RTExtraLife pic.twitter.com/GQ1otw4hJa