Being productive over the the weekend to the average person usually amounts to little more than cleaning the bathroom or planting some tomatoes in the garden before pouring a drink. But for the group of people soon to be gathered inside the Vuka event space, weekend productivity means working around the clock to construct new virtual worlds. 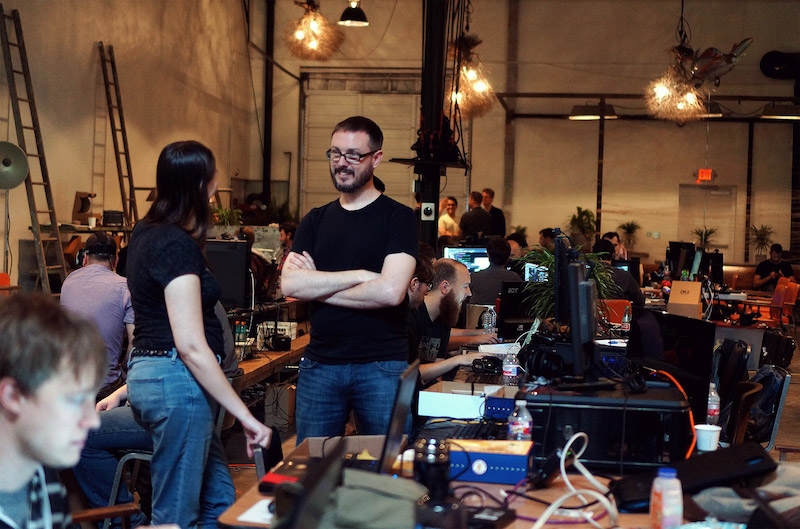 More than 70 programmers and designers are expected to participate in the second annual VR Austin Jam, forming teams to create original software for virtual reality platforms in just two days. The teams will only be allowed to work from 10am until 10pm this Saturday and Sunday, their final entry being anything they have finished when time runs out. But this is not a competition. Like most game jams, the goal of the event is to create and experiment with new ideas free from the pressure of having to ship a product.

However, projects born from the seed of game-jam projects sometimes end up growing into full-fledged games. This was the case during last year’s jam, which saw the debut of Final Approach, the arcade-style flight-control game by local Phaser Lock Interactive that would continue development into an early retail VR title. Owlchemy Labs also created a prototype supermarket-themed stage for their title Job Simulator, which made it into the final game when it shipped as a pack-in with the HTC Vive earlier this year.

Many of the participants in the upcoming jam represent companies from the Austin area, such as Panic Button and Phaser Lock. Several out-of-towners will also be present, such as San Antonio’s MergeVR, CloudGate Studios from Chicago, and VReal of Seattle. Jammers will have a variety of VR headsets and other resources at their disposal to help them with their task. However, the most important advantage participants in this year’s event will have over the 2015 jammers is experience. All three of the major high-end VR platforms – the Oculus Rift, the HTC Vive, and Playstation VR – officially launched in the past year, meaning that many of the participants have experience developing and launching commercial software for non-prototype hardware. In general, this year’s jam entries should reflect more expertise in VR development.

Tickets to observe the jam itself on Saturday and Sunday are already sold out, but the free showcase event at the Vuka in South Austin on Monday night is open to the public with an RSVP. Roughly 500 attendees are expected at the event, which will feature demo stations to try out the jam entries and, of course, beer.

The VR Austin Jam is organized and run by VR Austin, a collective of Austin-based VR developers, publishers, and enthusiasts who meet bimonthly to show off virtual reality projects, network, and mingle.