Enter the Domain With Other Worlds Austin

Techno-allegories, futuristic thrillers, and Anne Hathaway obsessives: The latest round of announcements for sci-fi film festival Other Worlds Austin and its Under Worlds Austin horror sub-strand has it all. 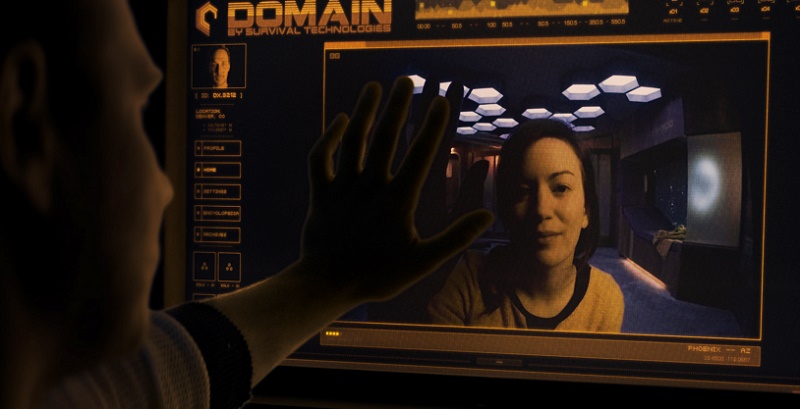 Touching from a distance: post-apocalyptic thriller Domain gets its world premiere at Other Worlds Austin.

Heading up the list with its world premiere is extraordinary new thriller Domain. Directed by Nathaniel Atcheson (also responsible for Austin Film Festival comedy award-winner Herpes Boy), it follows seven survivors of a world-ending apocalypse. Or rather, doesn't follow them, since they're all locked in individual bunkers, sealed in until the mysterious Saharan flu abates. The only way to stay in contact is through a video link system called Domain. Designed to keep them sane through forced contact with strangers, after five years, the interpersonal politics of this chat room have started to reach the breaking point.

That's just one of a series of must-see movies added by Other Worlds Austin today. The local fest has already announced a slate of titles, including opening night feature OMG, I'm a Robot?! (read about rounds one and two). Part of that included retrospective screenings of two cult favorites in John Carpenter's Dark Star and Roger Corman's kitschy classic Battle Beyond the Stars. Now a truly iconic movie joins the list: Erle C. Kenton's masterful Island of Lost Souls, the 1932 adaptation of The Island of Dr. Moreau.

Plus, not only does this mean a chance to see this classic in the cinema, but it will also come with the world premiere of a new score by Jay Woelfel. Festival founder and director Bears Fonte said, "I met Jay in 2012 at a festival so poorly run we had to break into the booth and play our own DVDs. Moreau is one of the most fascinating characters in science fiction and Jay's fantastic period-appropriate score gives us the perfect excuse to re-examine a forgotten gem starring the great Charles Laughton and (of course) Bela Lugosi."

OWA has also announced the recipient of the inuagural Dan O'Bannon Filmmaker Award, for a short pitch that fits the festival's stated mission of pushing boundaries and the audience. So congratulations to the team behind "The Golden Record Project" (writer/director Christopher Sibley, writer/producer Andrew van Wyk, writer Sean Faulk, and DP Michael Stine). OWA director of marketing and development Don Elfant called it "a love letter to science, astronomers, artists, film-watchers, and aliens. … It represents everything Other Worlds Austin stands for. We can’t wait to see it on the big screen." 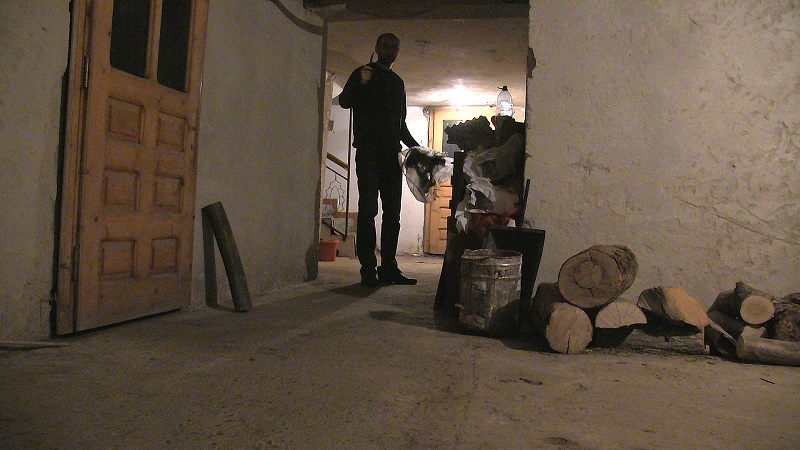 Be My Cat: A Film for Anne
D: Adrian Țofei, Romania (Under Worlds Austin feature)
Obsessed with making a movie with Hollywood actress Anne Hathaway, a young man in Romania goes to shocking extremes using three local actresses to shoot scenes from the movie to send to Anne as proof of his filmmaking and acting skills.

Domain
D: Nathaniel Atcheson, USA (World Premiere)
After a deadly virus wipes out most of humanity, the survivors are forced to wait alone in self-sustaining bunkers while the viral threat runs its course. Able to communicate through a networked video interface, the survivors wait for years and slowly become a motley family of sorts. But their fragile social ecosystem is shattered when, one by one, they start mysteriously disappearing from their bunkers.

Origin
D: André Hedetoft and Andreas Climent, Sweden (North American Premiere)
Three science students are on the verge of making a breakthrough in their research into biohacking and cell aging. When one of them is diagnosed with a terminal illness, they break moral boundaries and use their untested research on him, in an attempt to save his life. He starts showing signs of strange side effects that enhance the body’s properties, but what seemed like something fun and exciting turns out to be far more dangerous than they ever had imagined.

Somnio
D: Travis Milloy, USA (Other Worlds Austin feature)
A man trapped in an automated prison must outsmart his captors to find a way back to a world that may already be gone.

Virtual Revolution
D: Guy-Roger Duvert, USA/France (OWA Centerpiece Film)
In 2047, most of the population spend all of their time online, connected into virtual worlds where they can fulfill all their fantasies, losing all interest for reality and leaving it to a small minority. A shadow agent is tracking and eliminating terrorists who want to destroy this system.

Vulcania
D: José Skaf, Spain (North American Premiere)
In a small place lost in space and time, there is no other option but to obey the village leaders. Jonas has always been playing by the rules. Until he meets Marta. Falling for her, Jonas will question the system and unveil its dark secrets. As he realizes they have been fed a lie, Jonas has no alternative but to try and plan an escape. To fight his destiny and save Marta from a deadly future, Jonas will prove to be more than himself. He too has secrets …

We Go On
D: Jesse Holland and Andy Mitton, USA (Under Worlds Austin Centerpiece)
Paralyzed by his fear of dying, Miles Grissom is offering reward money to the first person who can show him a ghost, an angel, a demon – anything to prove to him that we go on after our deaths. He narrows the responses down to three viable candidates – a scientist, a medium, and a worldly entrepreneur. And along with his protective mother, he embarks on an adventure through Los Angeles that will spiral into an unthinkable nightmare.