The Best Little Arthouse in Texas

The Austin Film Society expands and asks you to help

Sometimes it’s really possible to get what you want: In this case, it's the best little arthouse in Texas. When it reopens in the spring, the expanded and remodeled AFS Cinema will be that arthouse. And you needn’t click your ruby slippers to accomplish this goal: An Indiegogo pledge will get the job done. 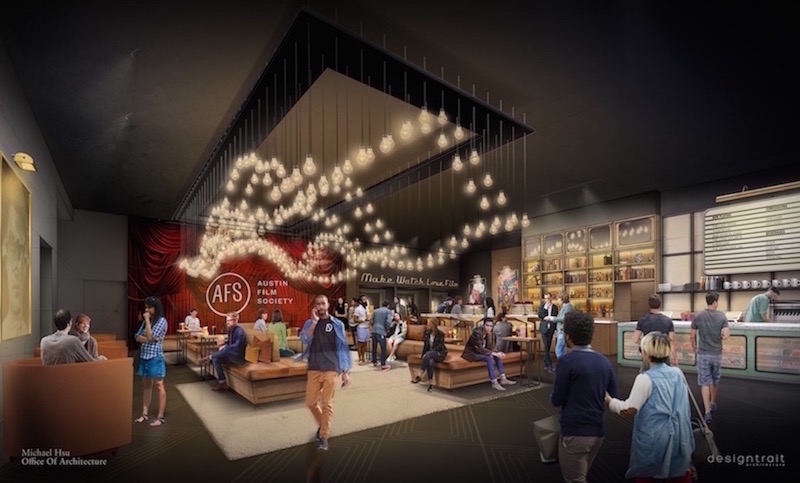 Over its 31 years, the Austin Film Society has shown movies in a variety of venues, only recently landing a permanent home at the AFS Cinema at 6226 Middle Fiskville Road (for longtime Austinites, that’s the theatre at the Lincoln Village shopping center, across from the new Austin Community College complex, which used to be Highland Mall). The Film Society’s exhibition arm has come a long way from the early years when it cadged midnight screenings at the now-defunct Dobie Theatre and the empty space furnished with metal folding chairs perched above the old Quackenbush’s on Guadalupe.

But wait, you say. I’ve already been attending screenings at the AFS Cinema. There are posters hanging in the lobby, and I can buy popcorn for the show. What more can I want? Well, how about a second auditorium, which will more than double the organization’s programming (the AFS honchos actually estimate that the two-screen configuration will allow them to showcase “six times the amount of museum-quality programming”)? Also in the works is a 5,025-foot special-events space in the facility where the Lincoln’s third screen used to reside. It will be a rentable space that will help the AFS Cinema toward its ultimate goal of becoming self-sustaining theatre. And then there’s the new lobby (pictured above), which will become a major part of the redesign by Michael Hsu Office of Architecture and Desingtrait. In addition to the comfortable seating in the spacious area, the lobby will feature a full-service bar and locally sourced snacks, and hopefully become a true gathering space.

This is where the community comes in. AFS has already raised $1.5 million for the expansion but is now turning to crowdfunding to raise the remaining funds: a target of $600,000 before re-opening the venue in March 2017. Launching today, November 4, is the AFS’ monthlong Indiegogo campaign: The Best Little Arthouse in Texas. Perks are attached to every level of giving. Aside from the usual T-shirts and tote bags, some of the rewards include a behind-the-scenes Rooster Teeth experience, limited edition film posters and vinyl from Mondo, Criterion Blu-rays, an autographed “lucky dip” item from the AFS archives (e.g. a script, DVD, poster, or book), Kendra Scott Jewelry, engraved Yeti tumblers, dinner at Uchi with AFS Cinema lead architect Michael Hsu, a selection of books about the history of film from UT Press, and tickets to Austin Film Society’s Texas Film Awards. Or maybe you’d like to shell out to receive a private screening of Idiocracy and autographed merchandise from Mike Judge or a walk-on role in Richard Linklater's next film, Last Flag Flying, starring Steve Carell and Bryan Cranston. Gifts of  $1,000 or more will be recognized with the giver’s name on the donor wall in the AFS Cinema; gifts of $2,500 or more will be recognized with your name on a seat.

A Member Mixer tonight at the cinema will celebrate the Indiegogo launch. Help the Austin Film Society take its “great leap forward.” The community of Austin will be the beneficiary.