Treat yourself to the award-winners of years past

Every month, the Chronicle’s film critics select a theme and offer movie recommendations. For November, in honor of our annual Austin Chronicle Best of Austin issue, our critics are celebrating their favorite Academy Award winning films and performances. “First off, I’d like to thank the Academy ...” 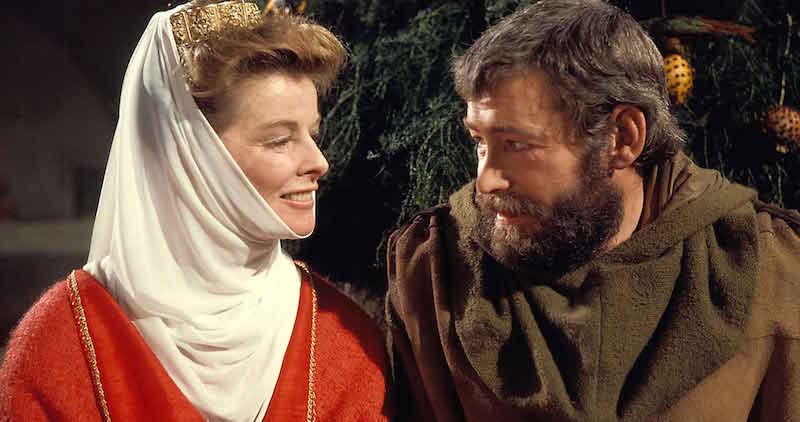 Katharine Hepburn and Barbra Streisand shared honors in 1968, in the only tie for Best Actress in Oscar history. Babs got it for playing a Funny Girl, while the Great Kate earned it with a decidedly more acidic sense of humor in The Lion in Winter as Eleanor of Aquitaine, the bitter, scheming wife of Peter O’Toole’s King Henry II. Hepburn, a four-time champ, would win once more (in 1982, for On Golden Pond), but this broken-hearted, barbed-tongued queen is her crowning performance. – Kimberley Jones

Katharine Hepburn picked up her second Best Actress Oscar for her final film with true love Spencer Tracy in Stanley Kramer’s emotion-heavy examination of race, family, and modern mores in 1967 America. Sidney Poitier and Hepburn’s niece Katharine Houghton are the engaged biracial couple who force mom and dad to challenge their personal views on race relations. Tracy would die soon after production and so the tears onscreen are heartbreakingly real. The film’s moral compass regarding interracial marriage is, sadly, as applicable to today as it was then. – Marc Savlov

Based on the antic stage play by George S. Kaufman and Moss Hart, this Frank Capra film earned Oscars for the film and the director. With her impeccable timing and idiosyncratic delivery, Jean Arthur plays a girl who must introduce her fiancé (James Stewart) and his parents to her decidedly eccentric family. The pace is fast and furious, and the scales tip quite forcefully on the side of living for the moment. In retrospect, Capra called this the “first hippie movie.” – Marjorie Baumgarten

While I was blown away by Jeremy Irons’ performance in Cronenberg’s disturbing freak-out Dead Ringers, it was this film by Barbet Schroeder that garnered him a Best Actor Oscar. Irons cooly embodies the upper-class eccentricities of Claus von Bulow, a European aristocrat accused of killing his wife (Glenn Close). Enter Alan Dershowitz (Ron Silver) to defend him. Irons’ cold and calculated performance is wickedly funny, and Schroeder maintains a droll and captivating tone throughout. – Josh Kupecki

Film, The Lion in Winter, Guess Who's Coming to Dinner?, You Can't Take It With You, Reversal of Fortune, Chronicle Recommends