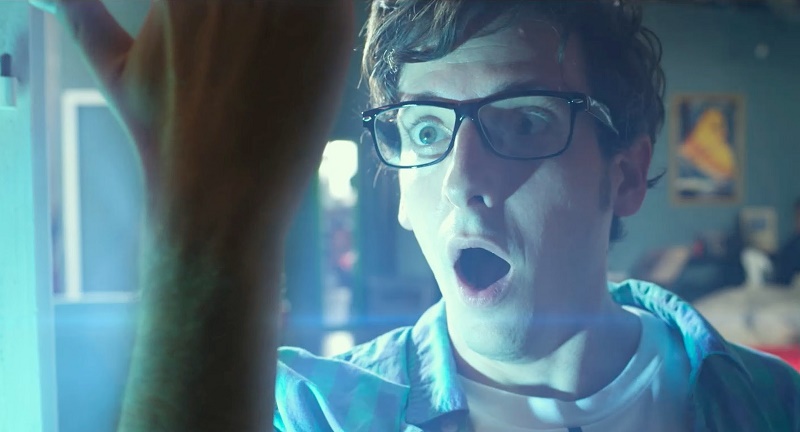 OMG, I'm a Robot?! (Image courtesy of Other Worlds Austin)

Science fiction has often been the domain of serious ideas translated into a fantastical environment. But sci-fi film festival Other Worlds Austin has added two thick slices of futuristic fun – one classic, one fresh – to its lineup.

Opening the festival on Dec. 1 is new Israeli comedy OMG, I'm a Robot?!. It's the tale of a young man ready to end it all after he gets dumped, only to discover that it's hard to kill yourself when you're not actually human. Not only does he have to contend with the fact he's a robot, but his girlfriend has been kidnapped by a myserious organization, and the only help comes from his overbearing boss and an irksome robot.

OWA senior programmer Dan Repp called OMG I'm a Robot?! "the perfect opening night film. … It's about embracing change without sacrificing one's identity even when you realize that you are a frickin’ robot!"

OWA already announced its first round of films, with Martinican animation Battledream Chronicle, post-apocalyptic drama The Tribe, first Underworld Austin horror title Bed of the Dead, and a tribute screening of Roger Corman's Battle Beyond the Stars.

As the launching pad for both O'Bannon's writing career (and a precursor to his own later script for Alien) and John Carpenter's first feature, OWA founder Bears Fonte saw this as the perfect addition to the festival. He said, "As OWA decided to honor Dan O’Bannon by naming our grant after him. We really wanted to take the opportunity to put some of his lesser known work on the big screen, and bringing in the original space-surfer Brian Narelle for the screening makes this a truly once-in-a-lifetime occasion.”