DVDanger: More to Watch This Halloween

Candy? Check. Costume? Check. Halloween movie selection? Wait, you still haven't picked out a spooky feature for tonight? OK, if nothing in part one of our Halloween home release guide raised your spirits, here's more recommendations. 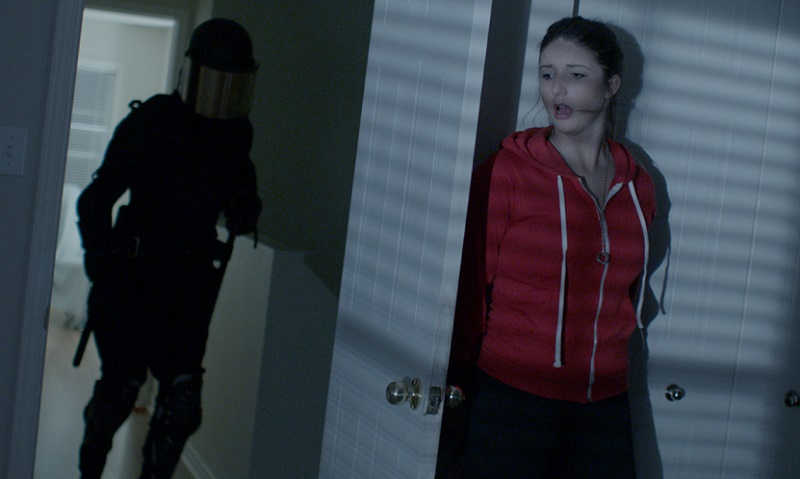 If you're looking for a slasher/vigilante mash-up … Gabriel Carrer forges a powerful fusion in The Demolisher, a horror/crime melding that is both visceral and cerebral.

It starts like a conventional post-Death Wish revenge drama, with Bruce (Ry Barrett) trying to mercilessly set the world to rights after his cop wife Samantha (Tianna Nori) is left crippled by a brutal beating. Donning her riot gear (and, in doing so, making a nod to the genre's other true classic, The Exterminator), he sets out to clean these filthy Canadian streets.

Carrer has already proven with his last feature, 2012's abduction horror In the House of Flies, that he isn't prepared to stay within the conventional lines. Bruce isn't just some guy with a borrowed uniform: He's a man whose soul and psyche have been shattered, who loves his wife so much that, when he is not acting as her nurse, he's beating random strangers to death with her sidehandle batons. And then Marie (Jessica Vano) wanders into his view.

She's the kind of injured innocent that he would seemingly be hell-bent on aiding. But then, has he ever really been trying to save anyone?

That's where Carrer comes into his own, seeing the logical and emotional gaps in horror tropes, and filling them with a brutal truth. In this case, that the only difference between an implacable, mask-wearing vigilante and Jason Voorhees is the soundtrack. Barrett (who also co-wrote) transforms Bruce into a vessel for directionless rage, to be both pitied and feared. His sense of determination unifies the narrative, as the story takes a sickening dive, and the audience has to reconsider, not only what has gone before, but the entire underpinnings of the vigilante genre.

At the same time, Carrer could make either a slasher or a vigilante movie, play either absolutely straight, and still be far ahead of most of his peers. While much of the contemporary Canadian horror scene veers toward the Astron-6 goofiness-and-grue end of the spooky spectrum, Carrer goes for the emotional jugular. 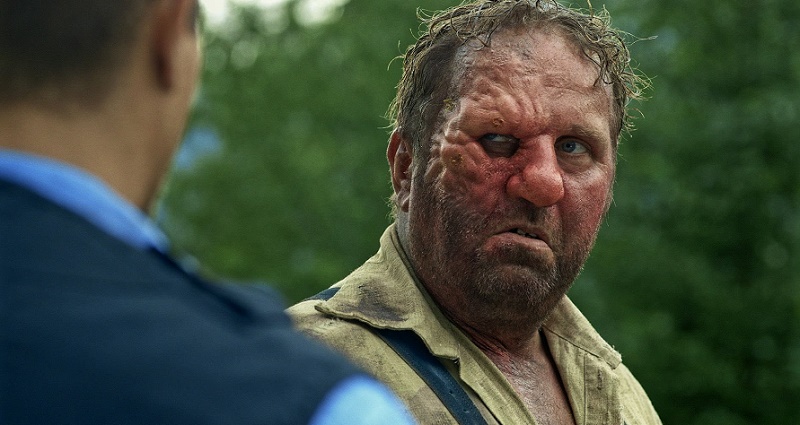 "No, kind urban stranger, of course I will give you easy directions to the highway." The classic American rural horror heads to Slovenia for Killbillies (aka Idyll). (Image courtesy of Artsploitation)

If you're looking for rednecks with an international twist … Killbillies (Idyll) teaches you an important lesson. That being: The Slovenian analog to a toothless cap-and-dungarees-wearing gas station attendant telling teens that "you ain't from around these parts" is a crazy old lady refusing to sell a photographer and his wannabe model friends some of her home-distilled slivovka, and laughing maniacally.

It's a classic setup. Zina (Nina Ivanisin) is convinced by her friends to leave the city and head into the mountains to be part of a photo shoot. Remote environment, crazy yokels high on the local moonshine, no cell phone signal, and big axes? What can possibly go wrong?

There's zero subtlety here, so while this may be Slovenia's first horror film, it cleaves precisely to the all-American format. When the two mountain men finally walk over the field, they're under so much latex that the Wrong Turn clan would look twice before crossing them. The rural lunatics have their own bizarre and pretty gruesome reasons for making off with their captives, and it's either the most disturbing or innovative spin on cannibalism this decade. In fact, writer/director Tomaz Gorkic may have come up with one of the most surprising new gross-outs since Adrián García Bogliano put his victims in a Cold Sweat. His pay-offs may turn a few stomachs, but post-A Serbian Film and Landmine Goes Click, it's clear that Eastern European horror is the New New Extreme.

If it falls down, it's in a lack of scale. At 83 minutes, what could be brisk occasionally feels sluggish. The opening sequence with Zina and her annoying model friends seems padded, and establishing early that there are only two maniacs reduces the threat a little. But once it boils down to the purity of Zina and lumbering, lederhosen-clad Franci (Lotos Sparovec), it's a classic race for daylight. Also, ignore the massacres in the mountains, and Slovenia is really, really pretty in the summer.

If you're looking for a retro-throwback … then set your sights on Carnage Park. This old-school survival showdown from rising talent Mickey Keating debuted at SXSW, and actually hits DVD tomorrow. However, since it's on VOD already, it's definitely worth your Halloween consideration (and maybe even a double dip). Here's a quick tease of our SXSW review:

It starts like a period Western noir: Somewhere in rural California in 1978, Vivian Fontaine (Ashley Bell, The Last Exorcism) is tied up in the back of a car, taken hostage by two bank robbers, Scorpion Joe (James Landry Hebert) and Lenny (Michael Villar). But when they wander onto the land of psychotic sniper Wyatt Moss (the ever-adaptable Pat Healy, in yet another chameleon performance), everyone's plans quickly go to hell.

There's a sense that Carnage Park is a do-over for the low-budget freshman limitations of The Ritual. But there's a lot more at play here, not least that Keating has evolved so much and so fast that it's hard to recognize this as the work of the same director. And while Darling was an outright Polanski homage, this is a breakneck thrill ride through American horror's greatest hits.

The Demolisher (MPI) is on DVD and VOD now.